Good for Business? Nike Gets Political With Kaepernick Ad 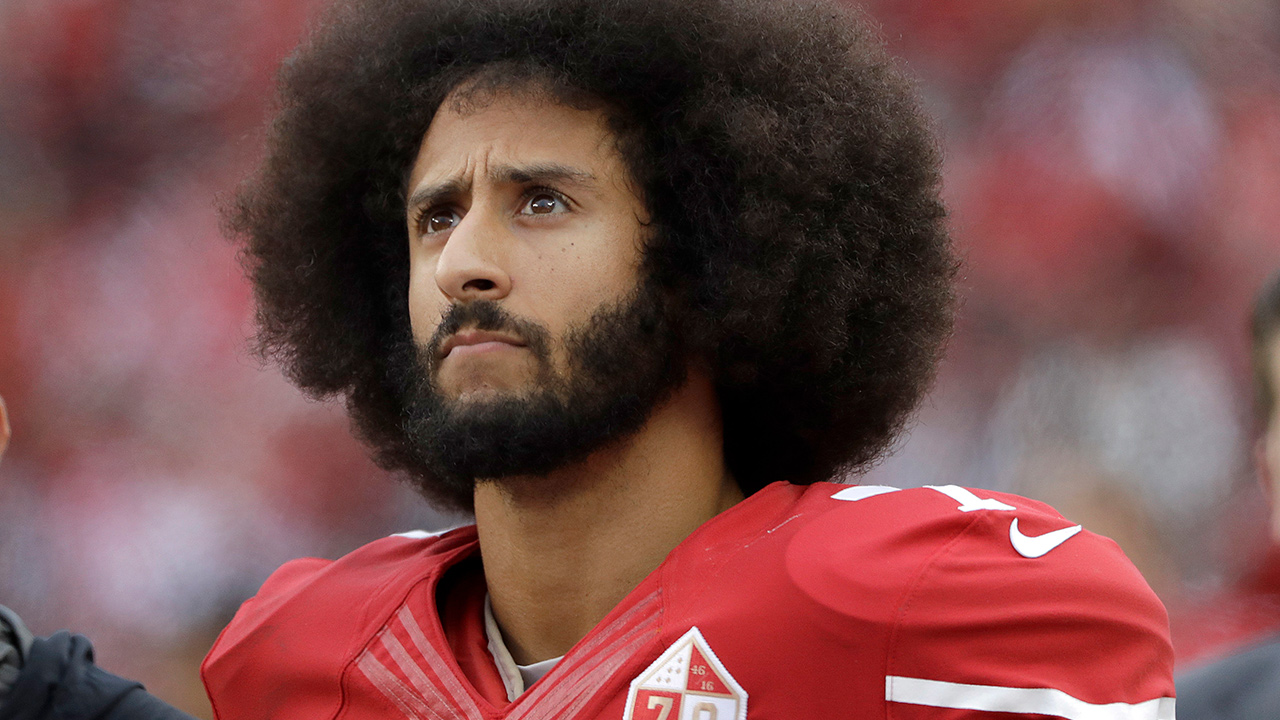 Colin Kaepernick has a new deal with Nike, even without having a job in the NFL.
Kaepernick’s attorney, Mark Geragos, made the announcement on Twitter, calling the former San Francisco 49ers quarterback an “All American Icon” and crediting attorney Ben Meiselas for getting the deal done. Kaepernick also posted a Nike ad featuring his face and wrote: “Believe in something, even if it means sacrificing everything. (Hashtag) JustDoIt” 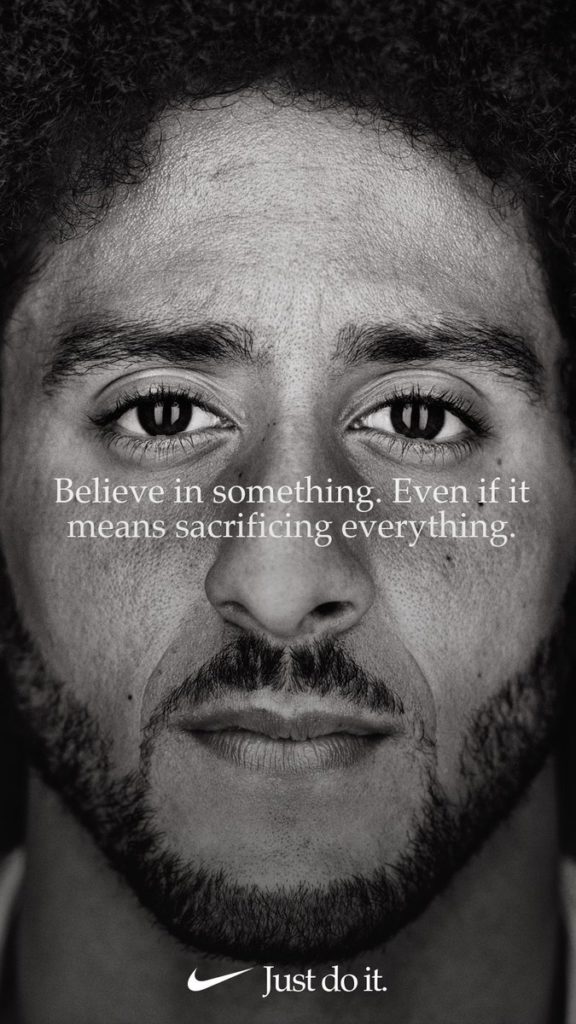 Kaepernick already had a deal with Nike that was set to expire, but it was renegotiated into a multi-year deal to make him one of the faces of Nike’s 30th anniversary “Just Do It” campaign, according to a person familiar with the contract. The person spoke to The Associated Press on condition of anonymity because Nike hasn’t officially announced the contract.
The source says Nike will feature Kaepernick on several platforms, including billboards, television commercials and online ads. Nike also will create an apparel line for Kaepernick and contribute to his Know Your Rights charity. The deal puts Kaepernick in the top bracket of NFL players with Nike.
The NFL and Nike extended their partnership in March to run through 2028. Nike provides all NFL teams with game-day uniforms and sideline apparel that bears the swoosh logo.

Last week, Kaepernick scored a legal victory in his grievance against the NFL and its 32 teams when an arbitrator denied the league’s request to throw out the quarterback’s claims that owners conspired to keep him out of the league because of his protests of social injustice.
Kaepernick contends the owners violated their collective bargaining agreement with players by conspiring to keep him off teams. His case hinges on whether owners worked together rather than decided individually to not sign Kaepernick.
A similar grievance is still pending by former 49ers teammate Eric Reid, a Pro Bowl safety who joined in the protests.
On Friday night, Kaepernick and Reid, also now out of the league, were each given huge ovations when they were introduced and shown on the big screen during a match between Serena and Venus Williams at the U.S. Open.
Kaepernick began a wave of protests by NFL players two seasons ago, kneeling during the national anthem to protest police brutality and racial inequality. The protests have grown into one of the most polarizing issues in sports, with President Donald Trump loudly urging the league to suspend or fire players who demonstrate during the anthem.
Meanwhile, the league and players union still haven’t resolved whether players will be punished this season if they choose to kneel or demonstrate during the national anthem. Owners approved a policy requiring players to stand if they are on the sideline during “The Star-Spangled Banner,” allowing them to stay off the field if they wish.
But the league and union put that on hold after the Miami Dolphins faced backlash for classifying the protests as conduct potentially detrimental to the team — putting players at risk of fines or suspensions.

Online, people threatened boycotts and posted videos and photos of shoes set on fire, Nike gear thrown in the trash, and swoosh logos cut out of products.
Most big corporations steer clear of politics, and marketing experts disagreed Tuesday over whether the Kaepernick campaign is good business.
But some noted approvingly that it made a big splash and set Nike apart. And they said it could solidify Nike’s bond with athletes, especially black ones, an important consideration for a company that relies heavily on sports stars to endorse its products.
Brian Gordon, CEO of Engine Shop, a sports and entertainment marketing agency, said the ad is provocative but “authentic to who they are and the communities they represent and speak to,” including the athletes.
“Even in the face of potential backlash, they support their athlete partners, and that’s an incredibly powerful statement to the athlete community,” Gordon said.
Other athletes in the campaign include tennis star Serena Williams, New York Giants wide receiver Odell Beckham Jr. and Shaquem Griffin, a linebacker whose left hand was amputated when he was 4. But the Kaepernick ad struck a nerve, timed just before the NFL season kicks off Thursday.
Nike did not return a request for comment about its strategy. Its stock closed down more than 3 percent Tuesday.