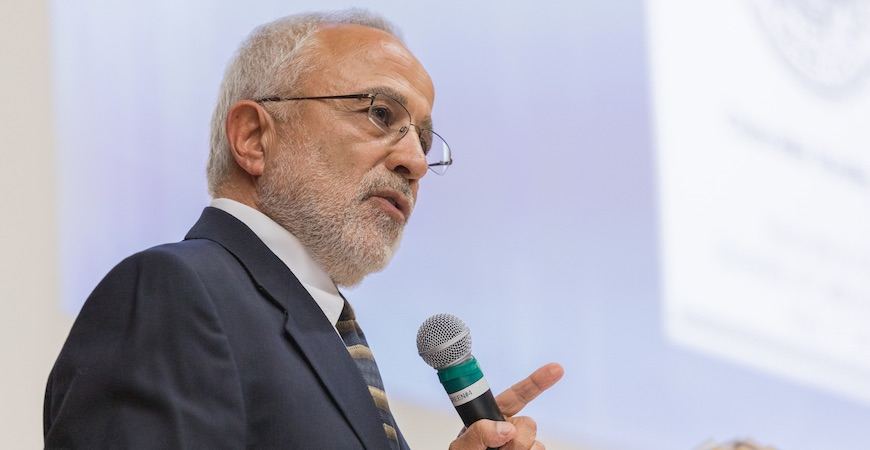 The chancellor of UC Merced is calling for an inquiry into a professor who allegedly tweeted anti-Semitic messages.

“We must not let anti-Semitism or any form of bigotry or hate toward any group take root in the UC Merced community,” chancellor Juan Sánchez Muñoz said in a message posted on the school’s website.

One image was a diagram labeled “The Zionist Brain” with areas such as “world Domination lobe,” “Holocaust Memory Centre,” and “Racism.”

A Zionist is a supporter of Israel as the Jewish state.

Another image on Ghassemi’s since deleted Twitter account showed blood flowing from the Star of David, the image on the Israeli flag.

Muñoz criticized the tweets as “abhorrent and repugnant” and said they would be addressed further by the university.

“We have called upon the dean and department chair to work with the Office of the Vice Provost for Academic Personnel to conduct an inquiry into potential violations of our standards, the UC Faculty Code of Conduct or other policies of the university, to determine what consequences are appropriate,” Muñoz said.

StandWithUs, a Los Angeles based organization with a stated goal of combatting anti-Semitism, sent UC Merced a letter on Monday urging an investigation.

“The issue here is not whether Ghassemi has a constitutional right to make antisemitic comments, which of course he does,” the letter, authored by StandWithUs CEO Roz Rothstein and others said.

“The issue is that Ghassemi has been making these comments publicly on Twitter where he identifies himself as a UC Merced professor, and he is responsible for educating the very people he appears to loathe and about whom he attributes racist conspiracy theories. Ghassemi’s discriminatory statements are egregious for a professor presumably responsible for teaching and grading a protected minority on campus—Jewish and Israeli students,” the letter states.

Our Antisemite of the Week, Abbas Ghasemmi , is a Professor at @ucmerced and was caught tweeting about –

Why is this antisemitic bigot allowed to continue teaching!? More: https://t.co/SJJme5bEVY pic.twitter.com/38nn71uiyb

Related Topics:anti-SemitismUC Merced
Up Next

Without Fanfare, These Frontline Hospital Workers are Fighting COVID Room by Room