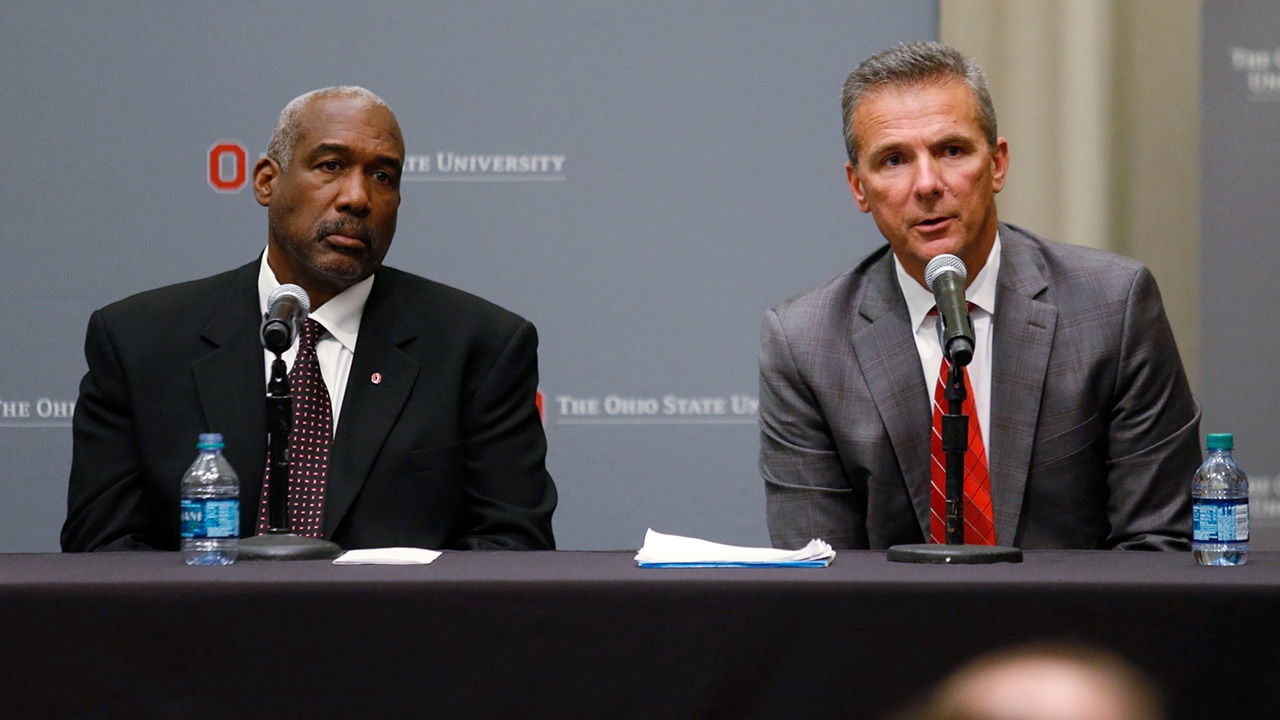 Raising Red Flags of Their Own 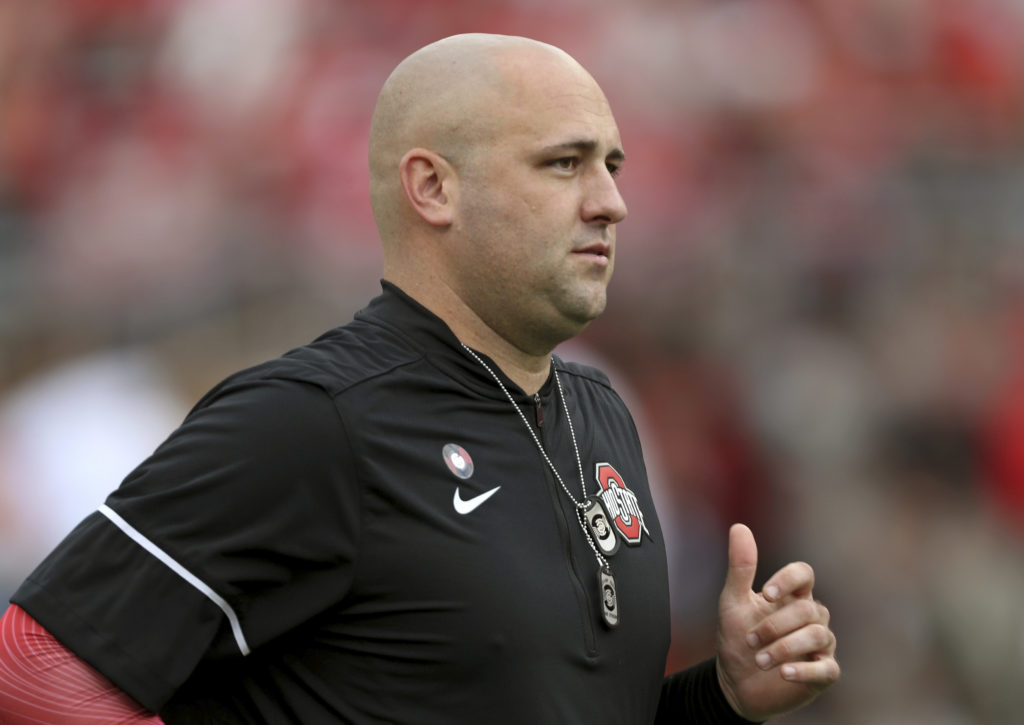 Investigators said Meyer and athletic director Gene Smith mismanaged Zach Smith’s misconduct and kept him even though he was not an appropriate role model for OSU student-athletes. The review found neither Meyer nor Gene Smith condoned or covered up alleged abuse, but raised red flags of their own:
— Meyer, the athletic director and others throughout Ohio State thought it wasn’t their place to do anything about allegations against Zach Smith unless law enforcement took more action like making an arrest or filing charges. Investigators called that a widespread misunderstanding of their reporting obligations.
— Meyer responded to Courtney Smith coming forward to a reporter by asking one of his staffers about changing the settings on his phone to delete text messages more than a year old. Investigators didn’t find older messages on Meyer’s phone but couldn’t determine whether he deleted them before or after the media report.
— Meyer and his wife, Shelley, doubted the veracity of Courtney Smith’s allegations of violence and abuse. Urban Meyer called the Smith situation a “he said she said” last month in a text with a former player. He also insisted to investigators he met with Courtney Smith after Zach Smith’s 2009 arrest and that she recanted her original story to authorities. Courtney Smith told investigators she never met with Meyer or recanted any allegations.
— In June 2016 at Meyer’s urging, Zach Smith was admitted to a drug treatment facility for addiction to an unspecified stimulant prescription drug, the report said, adding that Gene Smith was never told about it.
— Zach Smith ran up a big strip club bill in 2014 with a high school coach in Florida and spent $600 in personal funds. Meyer reprimanded Zach Smith but didn’t report the issue to compliance officers or the athletic director. Investigators said they told the NCAA about the incident.

Discussing How to Punish Meyer

Trustees discussed how to punish Meyer in a marathon meeting of more than 12 hours Wednesday while Meyer waited in the building. Athletic director Gene Smith — who is not related to Zach or Courtney Smith — was suspended without pay from Aug. 31 through Sept. 16.


“I have a message for everyone involved in this: I’m sorry we’re in this situation.” — Urban Meyer, Ohio State football coach
Both the athletic director and Meyer apologized and said they accepted the punishments, though Meyer said repeatedly that he did not fully know what was happening with the Smiths. “I should have been aware of it,” Meyer said.
Meyer said he was not aware of the text messages Courtney Smith sent to his wife. When asked if he had a message for Courtney Smith, Meyer said: “I have a message for everyone involved in this: I’m sorry we’re in this situation.”
Meyer, 54, will miss Ohio State’s first three games against Oregon State, Rutgers and No. 16 TCU, though he will be allowed to coach practices leading into the Rutgers and TCU games. Co-offensive coordinator and quarterbacks coach Ryan Day is serving as acting coach while Meyer is absent.
Meyer insisted as the investigation began he followed proper protocols after learning of the 2015 accusations. But he also acknowledged lying to reporters a week earlier when he said he hadn’t heard of the incident until shortly before he fired Zach Smith.
Investigators found that Meyer was determined to not disclose Zach Smith’s issues to the media and went too far in his denials.
Zach Smith’s attorney Brad Koffel said in a statement to USA Today that Meyer, Ohio State and Gene Smith were “collateral damage” for Courtney Smith’s desire to seek revenge her ex-husband. “Zach Smith married a woman he should not have married,” Koffel said.

Mary Jo White, a former federal prosecutor, led the investigation that cost the university $500,000. She said more than 40 witnesses were interviewed, some several times, and more than 60,000 electronic documents were reviewed. Investigators reviewed 10,000 text messages of Meyer’s and text messages and photos provided by Courtney Smith. 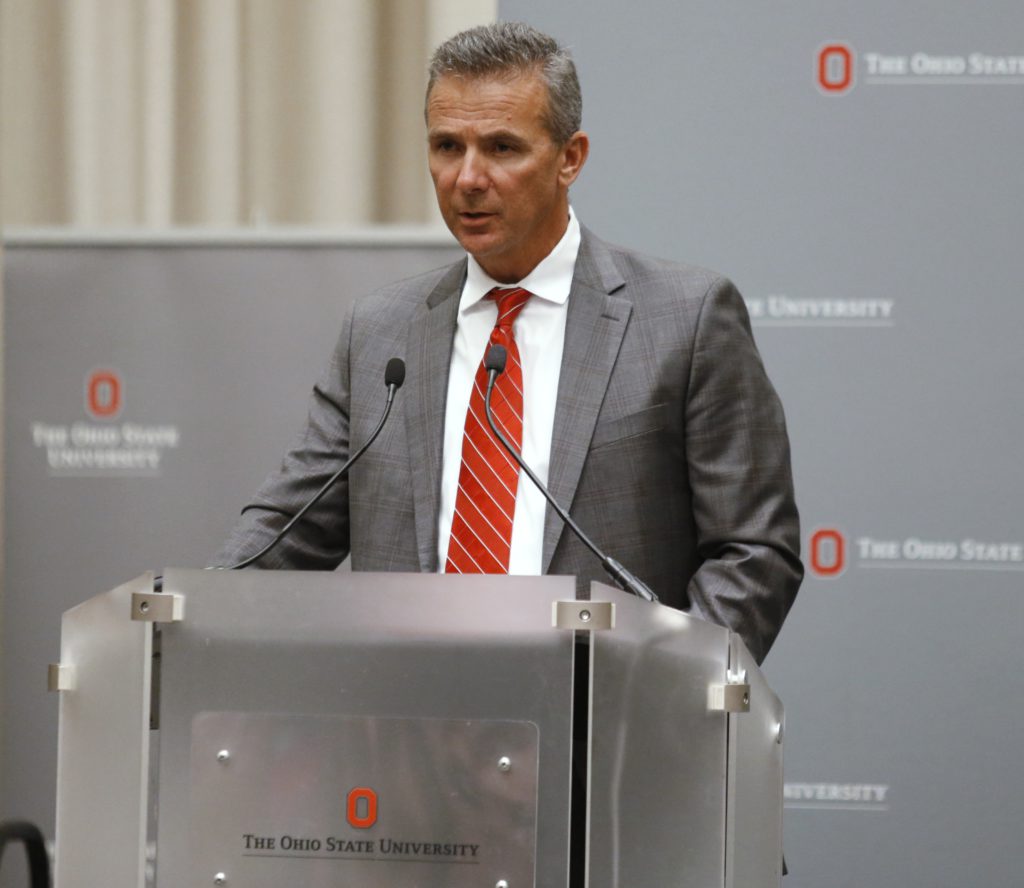 Meyer is heading into his seventh season at Ohio State, where he is 73-8 with a national title in 2014 and two Big Ten Conference championships.
His contract was extended in April by two years through 2022, increasing Meyer’s salary to $7.6 million in 2018 with annual 6 percent raises. Meyer has about $38 million left on his contract.
In 2009, Zach Smith was accused of aggravated battery on his pregnant wife while he was working a graduate assistant for Meyer at Florida. The charge was dropped because of insufficient evidence. The Smiths separated in June 2015 and divorced in 2016.
Meyer is one of the most accomplished coaches in college football history, with three national championships and a 177-31 record in 16 seasons at Bowling Green, Utah, Florida and Ohio State, the team he grew up rooting for in Northeast Ohio.
Ohio State began investigating Meyer while also facing three federal lawsuits about its response to allegations of groping, leering and other misconduct by a deceased athletic department doctor who treated wrestlers and other students for two decades. The lawsuits alleging sexual abuse by Dr. Richard Strauss say Ohio State facilitated the abuse by ignoring complaints.
Since Ohio State announced an independent investigation in April, more than 100 former students have come forward with accounts of sexual misconduct by Strauss. The allegations range from 1979 to 1997 and involve male athletes from 14 sports, as well as his work at the student health center and his off-campus medical office.
Related Topics:Courtney Smithdomestic violencedrug problemOhio StatesuspendedUrban Meyer
Up Next