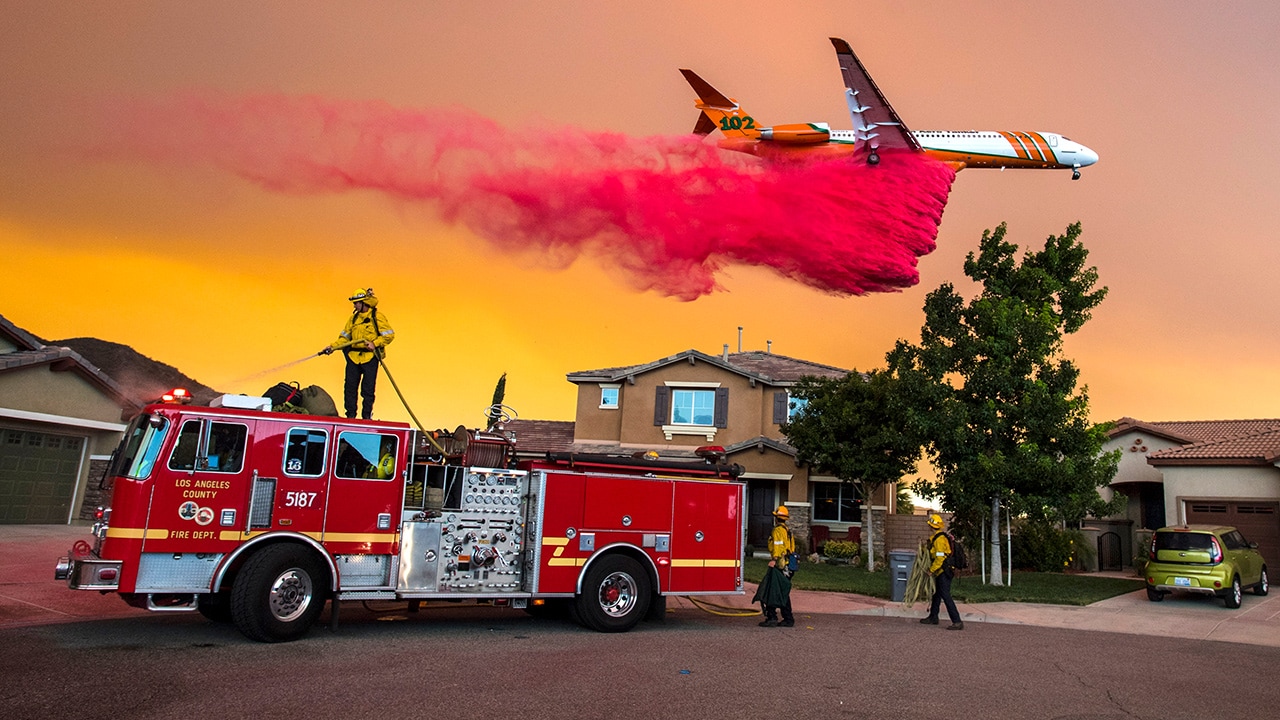 UKIAH — Firefighters said for the first time Wednesday that they have made good progress battling the state’s largest-ever wildfire but didn’t expect to have it fully under control until September.
The blaze north of San Francisco has grown to the size of Los Angeles since it started two weeks ago, fueled by dry vegetation, high winds and rugged terrain that made it too dangerous for firefighters to directly attack the flames now spanning 470 square miles.


“Everything is on a 100 times scale. This thing’s massive.” — Craig Cottrill, chief of  Wellington Fire Department, New Zealand
Crews, including inmates and firefighters from overseas, have managed to cut lines around half the fire to contain the flames, the California Department of Forestry and Fire Protection said. The blaze about 100 miles north of San Francisco around the resort region of Clear Lake has destroyed 116 homes and injured two firefighters.
Those lines have kept the southern edge of the fire from spreading into residential areas on the east side of the lake. But Cal Fire said the flames are out of control to the north, roaring into remote and unpopulated areas of thick forests and deep ravines as firefighters contend with record-setting temperatures.
California is seeing earlier, longer and more destructive wildfire seasons because of drought, warmer weather attributed to climate change and home construction deeper into the forests.
Cal Fire Battalion Chief Jonathan Cox said the area has few natural barriers to slow flames and terrain that firefighters can’t get to. So firefighters fall back to the nearest road, ridge or river, where they bulldoze a wide line and wait for the flames to come to them.
The Mendocino Complex, which will take months to put out, is one of 18 burning throughout the state Wednesday. Because of such extreme conditions early on, officials and experts warn that California could be facing its toughest wildfire season yet, with the historically worst months still to come. 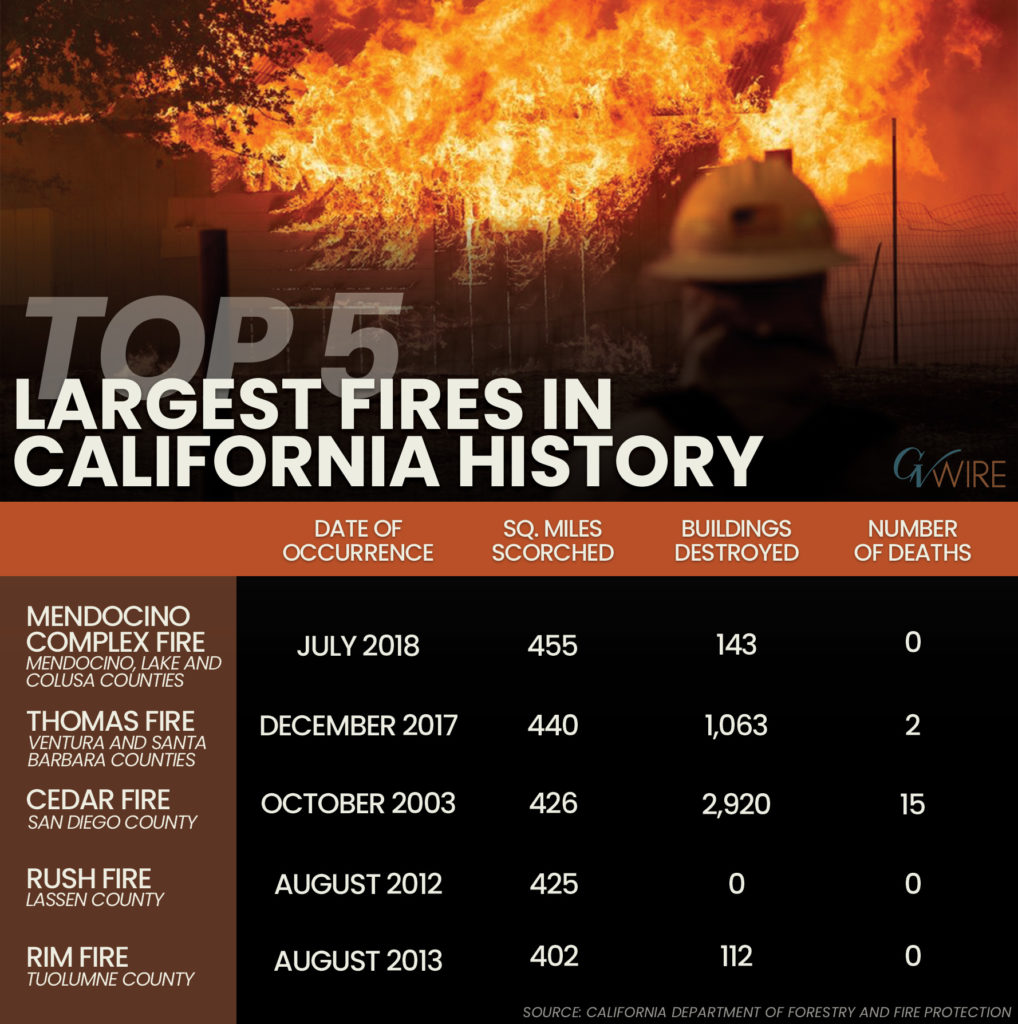 Here’s a look at the firefighters who are battling California’s blazes:

They are deployed statewide and led by Cal Fire. The state’s firefighting agency employs 5,300 full-time firefighters and hires an additional 1,700 each fire season. Trained prisoners and firefighters from 17 states and around the world fill out the ranks.
They are battling blazes on the Nevada border and along the coast. Cal Fire crews are helping federal firefighters put out flames in national forests and one that has reached Yosemite National Park, prompting its closure at the height of tourist season.
Those on the ground get help from more than 1,000 fire engines, 59 bulldozers, 22 air tankers, 17 airplanes, 12 helicopters and 11 mobile kitchens.
Firefighters under Cal Fire’s command have helped Oregon authorities fight a fire near the California border and responded to a blaze that broke out this week in Orange County and burned a dozen cabins.

The state’s largest wildfire in history has drawn a contingent to battle what is actually two fires burning so closely together that they’re being attacked as one.
Though it’s exploded in size, more firefighters are fighting a fire near Redding that has killed six people and destroyed more than 1,000 homes and businesses. It threatens a much larger urban area, so Cal Fire has devoted more resources to it.
Both blazes are considered nearly half contained.

California prisoners also are fighting fires. Cal Fire trains minimum-security inmates and pays them $1 an hour in the field and $2 a day when they’re not on duty. Inmate firefighters also typically have their sentences reduced for every day spent fighting fires.
They do similar work to any firefighter, working long hours and sleeping in camps with other inmates. Most are on the front lines, using chain saws and hand tools to reduce tinder-dry brush and trees to stop the flames.