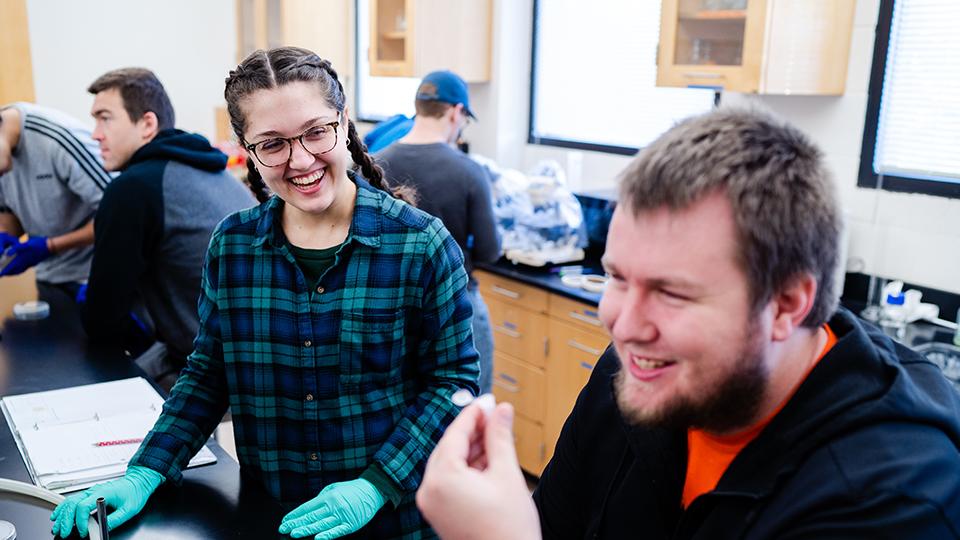 Fresno Pacific University students can shave a year off their time in college through a new university option for a degree in three years and a teaching certificate in four. But they’ll have to go to summer school to get there.

The university is guaranteeing a schedule that will put the students on a fast track to bachelor’s degrees in several areas of business, English, biology, mathematics, and chemistry, said Krista Brooks, director of undergraduate admission.

“While not all programs/majors are eligible for the three-year option due to curriculum nuances, we do currently offer it for 13 programs and are working on expanding it to more over the next few months,” Brooks said in an email.

Students will be able to wrap up their fourth year earning their teaching certificate and move into the work world a year early, saving them time and money, said Jon Endicott, vice president for enrollment management at Fresno Pacific.

The new schedule formalizes what’s already been happening for some students at the southeast Fresno private university, Endicott told GV Wire. Increasing numbers of high schoolers are graduating with dual enrollment community college credits or AP credits and want to accelerate their undergraduate coursework, he said.

“We’ve even had some some high school seniors graduate with AA degrees,” Endicott said.

University faculty and program directors are committed to making sure that courses will be available to students on the fast track when they need them, he said.

Students who are on financial aid such as federal Pell Grants will get assistance for their summer school classes as well, Endicott said. Students on three-year schedules will receive academic and financial advice from university officials assigned to assist them, he said.

Fresno Pacific will continue to provide a traditional four-year schedule for students who want it. They may include student-athletes who want to maintain four years of eligibility or students who need to work or are juggling family responsibilities would be hard-pressed to increase their academic workload, he said.

Clovis Unified employees will be getting extra cash in their paychecks, but don’t call it a bonus.

District spokeswoman Kelly Avants told GV Wire that Clovis Unified is among a number of area districts that have been providing stipends to staffers.

The source of the $20 million? Superintendent Eimear O’Farrell clarified that the district was using budget savings, not COVID-19 dollars, to cover the stipend cost.

The proposal got the thumbs-up last week from trustees, who put their mouths where their money was as they profusely — and in the case of one trustee, tearfully — thanked employees for their hard work during the pandemic.

Trustee Tiffany Stoker Madsen noted that the past 13 months have at times been “messy and far from perfect, but I really feel like every employee has stepped up and done what they could to make the best of it.”

When schools reopened for in-person learning, Madsen said, her daughter was one of only two students returning to her classroom, leading some to question why school officials were making the effort for so few students.

“Because it made a difference for those two kids,” she said and then paused before adding in a tearful voice, “I haven’t cried at a board meeting for a while — it’s about time,” as chuckles erupted from the audience. “You know, elementary kids have had the opportunity to do some sports after school and I picked my daughter up and there’s not very many of them in the activity, but it made a difference for those kids. So thank you for going to the effort for that kid, wherever that kid might be. So thank you.”

Trustee Yolanda Moore said trustees share with the Faculty Senate the desire to “take care of our people. I too am excited about this resolution that we’re getting ready to vote on. I just wanted to say thank you to all of our employees for everything that you guys do.”

The recommendation for the one-time payment came from the Employee Compensation Committee, which has representatives from the district’s workforce and had been considering it for months, district officials said.

The source of the $20 million? Superintendent Eimear O’Farrell clarified that the district was using budget savings, not COVID-19 dollars, to cover the stipend cost.

“And so really what has resulted is that our general fund has a very healthy reserve and this one-time, off-schedule recognition amount is from those funds,” she said.

Kristin Heimerdinger, who is one of the Clovis Unified teachers leading an effort to start a union, said the district was playing catch-up with other districts that had already provided stipends to staff as a thank you for the extra workload caused by the pandemic. And although district officials maintain that conversations were underway for months, Heimerdinger said the district may also have been feeling the pressure of the union-organizing efforts, which were ongoing before the official announcement on April 5.

Related Story: Is It Time for Clovis Unified to Have a Teachers Union?

Poetry is practically the family biz for the city of Fresno’s newest poet laureate, Megan Anderson Bohigian, a longtime Fresno educator and the third Fresno State alum to be named the city’s literary ambassador.

Like her predecessors in the post, Bohigian is a graduate of the College of Arts and Humanities. Bohigian, who was sworn in for her two-year stint on April 22 by Mayor Jerry Dyer, is the author of two poetry collections: “Sightlines,” published in 2013 by Tourane Poetry Press; and “Vanishing Point,” published in 2018 by The Orchard Street Press.

Her father Albert T. Anderson was a writing instructor at San Francisco State before his death at age 36. Her cousins Philip and Michael Dow helped take care of her after her father’s death and themselves became published poets later in their lives.

“It’s fair to say I’m from a poetry family,” Bohigian said. “Poetry was a source of joy. My father’s poems, which I still have, are very powerful and playful.”

Bohigian, who taught at Roosevelt High, co-organized with school librarian Sandra Gutierrez an annual series of poetry week gatherings for more than a decade. The gatherings attracted Central Valley writers who read their works and shared creative writing activities with classrooms and auditoriums packed with students.

She’s considering similar gatherings, perhaps as pop-up events that could travel to local schools and public libraries: “There’s no librarian in Fresno who’d say no!”