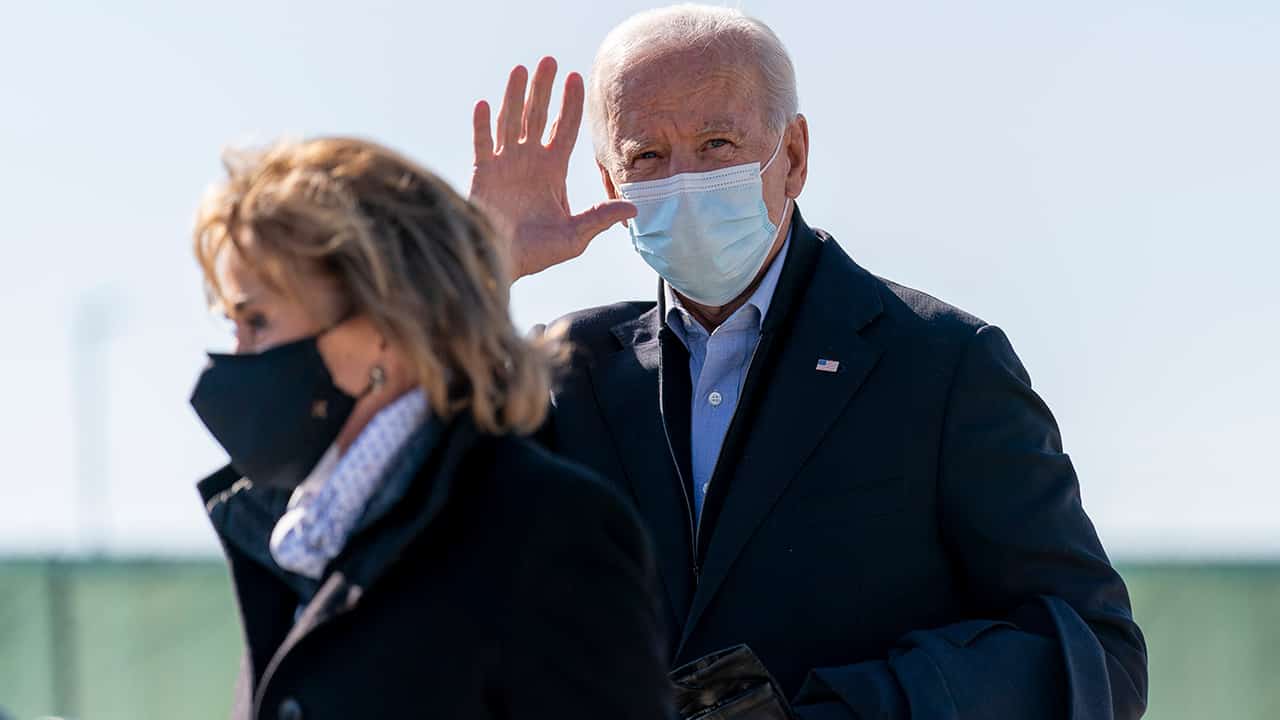 DES MOINES, Iowa — When Joe Biden was last in Iowa, his presidential campaign was on the verge of collapse and he was soundly trounced in the caucuses by a former Indiana mayor nearly 40 years his junior. He returns Friday as the Democratic nominee, believing he’s just days away from becoming president-elect.

Biden’s trip reflects the remarkable arc of his third presidential campaign. He entered the race as the most experienced candidate in a crowded primary, but was overshadowed by fresh faces who dazzled Democratic voters and nearly ran out of money.

But Democrats have rallied behind Biden as their best candidate to defeat President Donald Trump and unify a country facing health, economic and social crises. And the money woes that plagued Biden during the primary have vanished as he’s built a nearly two-to-one cash advantage over Trump that’s allowed him to flood the airwaves and make ambitious plays for states like Iowa, which flipped to Republican in 2016.

The dramatic nature of Biden’s rise is eclipsed only by the challenges faced by Trump — whose confidence in his reelection was dealt a devastating blow by the coronavirus pandemic this spring, with the public health and economic crises still rearing their heads in the days leading up to the close of polling.

“I don’t take anything for granted,” Biden told reporters Friday. “We’re gonna work for every single vote up ’til the last minute.”

With four days until the election and more than 80 million votes already cast, time is running out for Trump and Biden to change the shape of the race. Biden is leading most national polls and has a narrow advantage in many of the critical battlegrounds that could decide the race.

Friday marks the beginning of the critical final stretch before the election. Trump’s closing sprint to Election Day also includes four stops in Pennsylvania on Saturday and nearly a dozen events in the final 48 hours across states he carried in 2016.

After Iowa, Wisconsin and Minnesota on Friday, Biden will hit Michigan on Saturday, where he’ll hold a joint rally with former President Barack Obama.

Biden will close out his campaign Monday hitting a familiar battleground: Pennsylvania, the state where he was born and the one he’s visited more than any other this campaign. The Biden campaign announced the candidate, his wife Jill, Sen. Kamala Harris and her husband, Doug Emhoff, plan to “fan out across all four corners of the state.”

Biden has held fewer events in a nod to the restrictions in place across the country to prevent the spread of the coronavirus. The virus has killed more than 228,000 people in the United States, and cases are surging across the country, threatening an economic recovery Trump had aimed to champion.

Biden’s running mate, California Sen. Kamala Harris, was set to campaign across Texas on Friday, aiming to chip into Republicans’ historic advantage in the diversifying and increasingly competitive state.

Trump’s Milwaukee stop is his first since January, when he rallied supporters the day of a Democratic debate in Iowa ahead of the presidential caucuses.

It comes as Trump appears to lag in recent polling behind his 2016 numbers in the GOP-leaning suburbs around Milwaukee, a key area for successful Republican campaigns in the state.

Attendance at the president’s later stop in Rochester, Minnesota, has been capped at 250 people at the insistence of state and local officials. The announcement comes as Trump has packed thousands of supporters, most not wearing masks, into similar rallies across the country despite the raging coronavirus pandemic.

“We have 25,000 people in Minnesota, which is our last stop today — 25,000 people want to be there. And they say you can only have 250 people,” Trump told reporters on the South Lawn of the White House. “They thought I’d cancel. But I’m not canceling and we’ll find out what happens.”

The Minnesota Department of Health has linked 28 coronavirus cases to other recent Trump campaign events in the state.

Trump is banking on local news coverage of his rallies to overcome a substantial advertising deficit stemming from a late cash crunch.

Biden, meanwhile, is pouring tens of millions of dollars into a torrent of online advertising that will deliver his closing message of the presidential campaign, highlighting his promise to govern for all Americans while blasting Trump’s handling of the coronavirus pandemic.

“I will work as hard for those who don’t support me as those who do,” Biden says in one of the digital ads, which took over the masthead of YouTube Thursday. “That’s the job of a president — the duty to care for everyone.”

The Republican National Committee, meanwhile, launched its closing message to voters Thursday, not mentioning Trump, in an apparent aim to help GOP candidates up and down the ballot with a focus on traditional Republican messages around lowering taxes and health care.

The aftereffects of Hurricane Zeta were holding back voters at a number of polling places in northern Florida and northern Georgia that lost power. In Douglas County, in Atlanta’s western suburbs, all six polling locations were without power, as were county offices.

As Biden aimed to hold his election night event in his hometown of Wilmington, Delaware, Trump, who had been scheduled to hold a party at his Washington, D.C. hotel, appeared to be rethinking plans as a result of the city’s COVID-19 restrictions.

“So we have a hotel, I don’t know if you’re allowed to use it or not, but I know the mayor has shut down Washington D.C.,” Trump said as he left the White House. “And if that’s the case, we’ll probably stay here or pick another location.”

Related Topics:IowaJoe Biden
Up Next