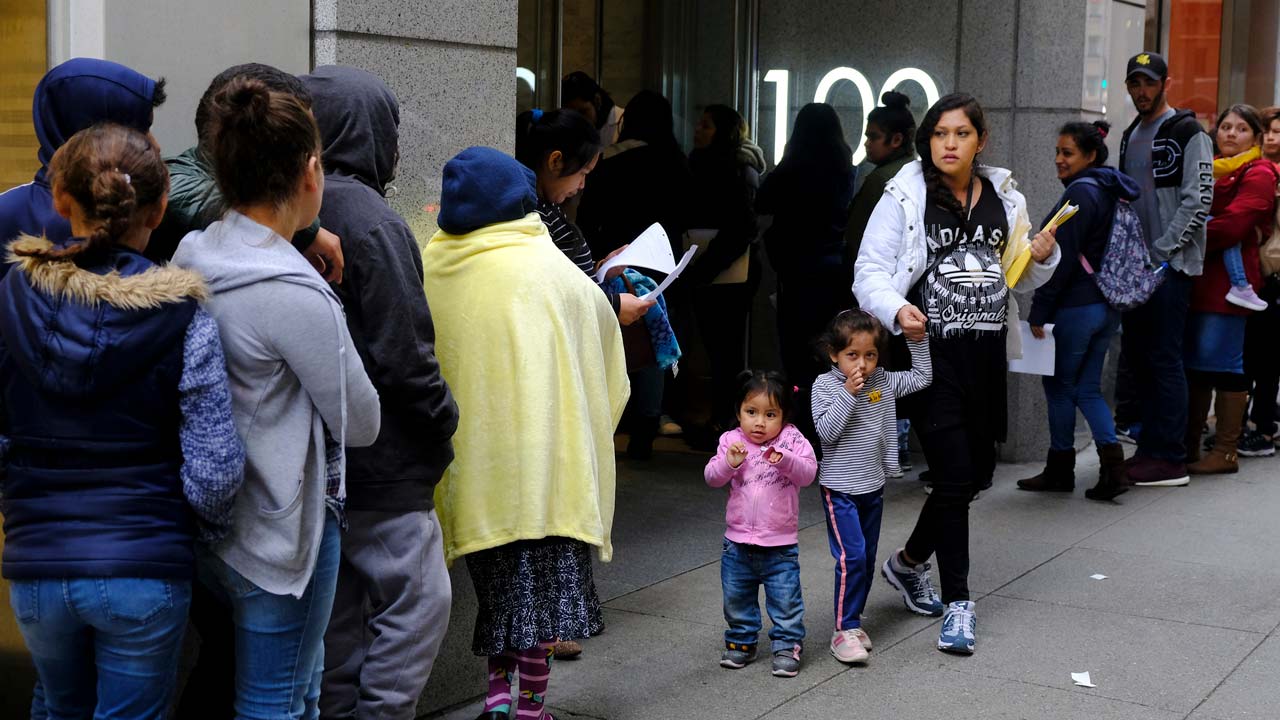 SAN FRANCISCO — San Francisco and Santa Clara counties filed the first lawsuit challenging the Trump administration’s new rules to deny green cards to migrants who use Medicaid, food stamps, housing vouchers or other forms of public assistance.
The lawsuit, filed Tuesday, came after the Department of Homeland Security’s announcement Monday of its expanded “public charge” rules to restrict legal immigration.
In a filing, the counties of Santa Clara and San Francisco argued that the rules will worsen the health and well-being of their residents, increase public health risks and financially harm the counties.

The rules, the counties argued, would result in a “chilling effect” in which migrants forgo or disenroll from federal public assistance programs to reduce the risk of being denied a green card. This practice would mean that the cost of services would shift from federal to state governments, the counties argued.
The counties also said the rules undermine Congress’ broader system of immigration laws that prioritizes family unification and that the federal government did not sufficiently offer any rationale to explain the alleged benefits of the rules or justify its costs.
This rule “makes it easier to unfairly target hard-working, lawful immigrants while sowing fear and confusion in our communities,” San Francisco City Attorney Dennis Herrera said in a statement. “This rule forces people to make an impossible choice: their health or a better future for their family. We will all bear the cost of this misguided policy.”

Broader Range of Programs Could Lead to Disqualification

Federal law currently requires those seeking to become permanent residents or gain legal status to prove they will not be a burden to the U.S. — a “public charge,” in government speak — but the new rules detail a broader range of programs that could disqualify them.


Under the new rules, the Department of Homeland Security has redefined a public charge as someone who is “more likely than not” to receive public benefits for more than 12 months within a 36-month period. U.S. Citizenship and Immigration Services will now weigh whether applicants have received public assistance along with other factors such as education, income and health to determine whether to grant legal status.

Multiple lawsuits were expected. Hours after the rule was published Monday, the Los Angeles-based National Immigration Law Center vowed to sue over what it called am attempt to redefine the legal immigration system to “disenfranchise communities of color and favor the wealthy.” Attorneys general in California and New York said they were also prepared to take legal action.
Without legal challenges, the rules would take effect in mid-October.
This lawsuit is the latest out of California to challenge the Trump administration’s policies. San Francisco and Santa Clara counties successfully sued over the president’s executive order to cut funding for “sanctuary cities” that limit cooperation with immigration officials.

US Delays Tariffs on Some Chinese Goods, Drops Others