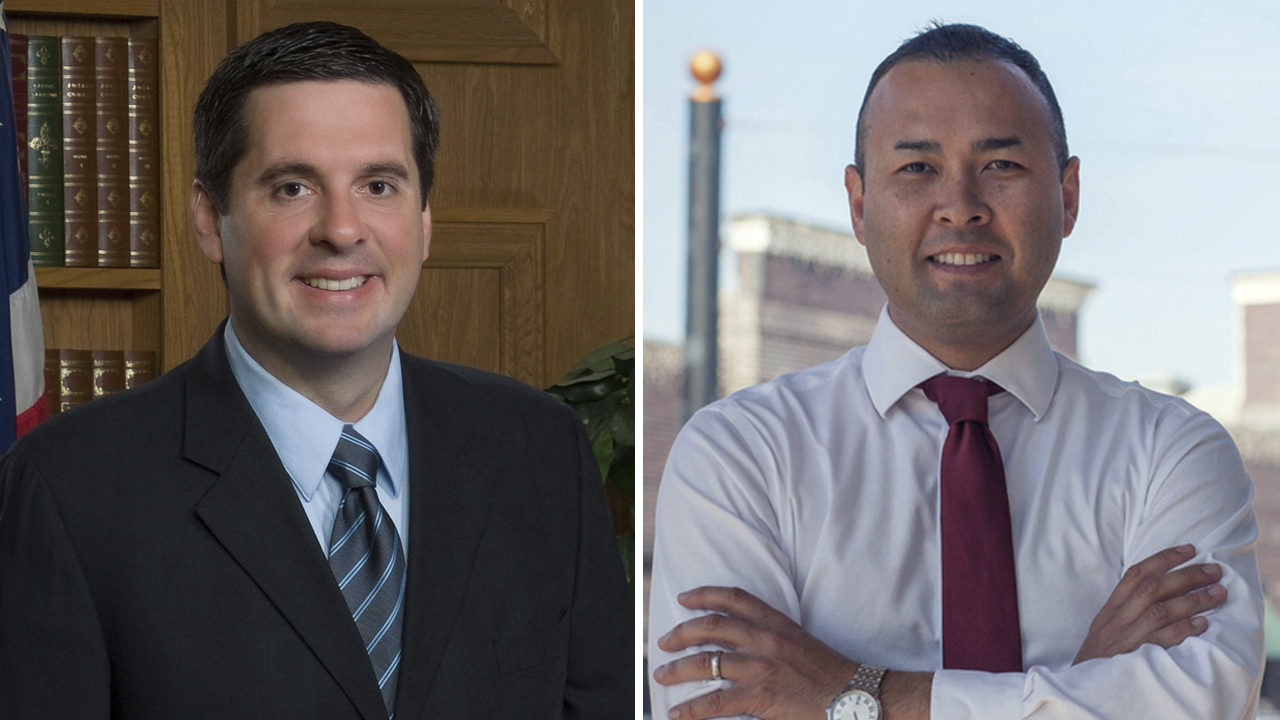 Rep. Devin Nunes, chairman of the House Intelligence Committee, talked about the investigation into Russian interference in the 2016 election and the Republican effort to impeach a top Department of Justice official, according to audio recordings revealed Wednesday by MSNBC’s Rachel Maddow.
Now Andrew Janz, his Democratic opponent in the November election, is calling him corrupt.
“The corruption in Washington is rampant, and Nunes is at the heart of it. My job is to make sure that this is Nunes’ last term in Congress so that we can move the Central Valley forward,” Janz said in a statement.
A staunch Janz supporter, Rep. Ted Lieu (D-Los Angeles), called on Nunes to resign Wednesday night.

But Fresno County Republican Party chairman Fred Vanderhoof said that the audio will help Nunes, not harm him, in the congressional race.
“I don’t think Nunes’ statements will change anything,” Vanderhoof said. “The harassment of Nunes by the national media will cause more people to vote for him and President Trump.”
Nunes reportedly made the comments at a private fundraiser in Spokane, Wash., for Rep. Cathy McMorris Rodgers on July 30.
(Watch the clip from Maddow here).
Maddow said she obtained the recording from a Seattle-based progressive group called Fuse Washington.

In Spokane, Nunes answered a question from an audience member about a Republican plan floated before the summer recess to impeach Deputy Attorney General Rod Rosenstein. He oversees the investigation by special counsel Robert Mueller into whether the Trump campaign colluded with Russians in the 2016 presidential election.
In his answer, Nunes said that considering such an impeachment may interfere with the confirmation of U.S. Supreme Court nominee Brett Kavanaugh.
“So if we actually vote to impeach, OK, what that does is that triggers the Senate then has to take it up. Well, and you have to decide what you want right now because the Senate only has so much time,” Nunes said on the audio clip.
“Do you want them to drop everything and not confirm the Supreme Court justice, the new Supreme Court justice? The Senate would have to drop everything they’re doing … and start with impeachment on Rosenstein. And then take the risk of not getting Kavanaugh confirmed,” Nunes said, as transcribed by NBC News. “So it’s not a matter that any of us like Rosenstein. It’s a matter of, it’s a matter of timing.”

The audio also revealed Nunes’ desire for Republicans to retain control of the House of Representatives.
“So therein lies, so it’s like your classic Catch-22 situation where we were at a … this puts us in such a tough spot. If (Attorney General Jeff) Sessions won’t un-recuse and Mueller won’t clear the president, we’re the only ones,” Nunes said. “Which is really the danger. That’s why I keep, and thank you for saying it by the way, I mean we have to keep all these seats. We have to keep the majority. If we do not keep the majority, all of this goes away.”
Nunes’ spokesman Jack Langer told The Hill, “These are sensible ideas, I’m glad Chairman Nunes talked about them.”
Said Vanderhoof: “Nunes is trying to drain the swamp, and the swamp is fighting back. No collusion has been proven after a year and half of this investigation. … If anything, this will encourage more people, including Democrats and decline-to-states to vote for them. At high levels, we have corruption. Nunes and others are trying to root it out. We need to support him.”