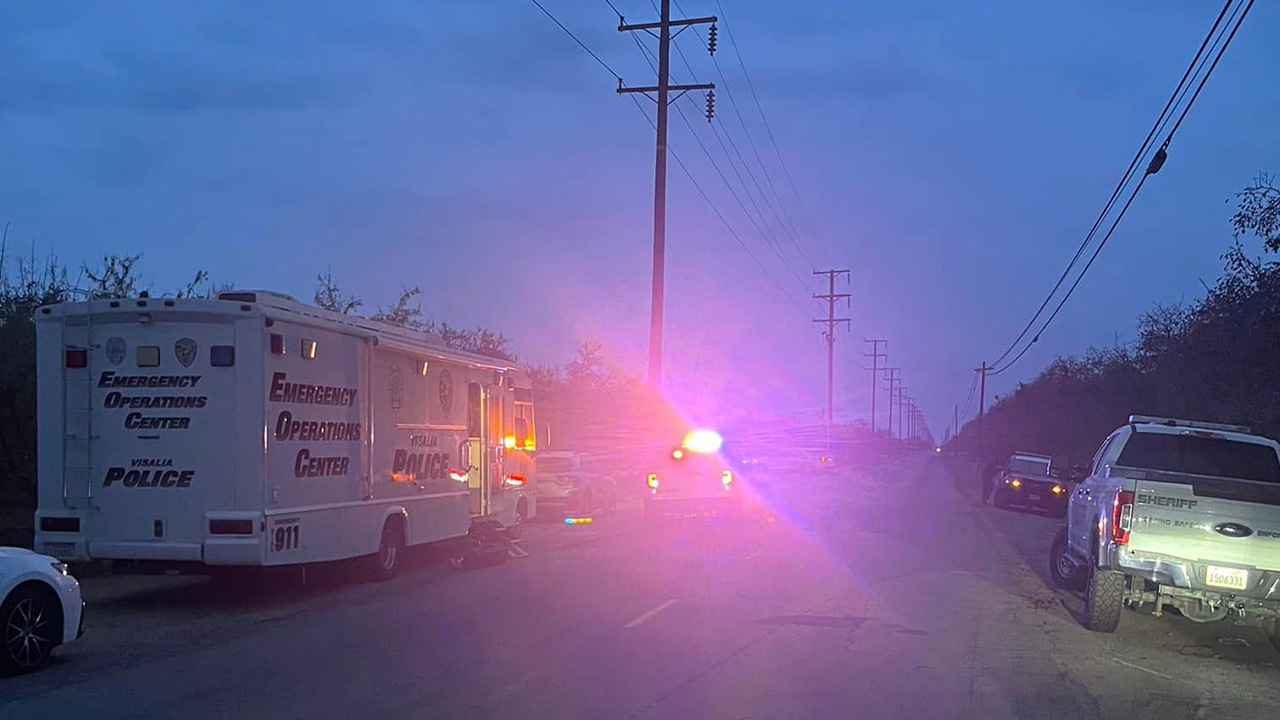 Tulare deputies and officers fatally shot a suspected truck thief who pointed a gun at them Thursday at about 1:45 a.m., authorities said. (Facebook/Tulare County Sheriff's Office)
Share with friends

TULARE — An armed man suspected of stealing a white Chevrolet pickup truck from a Tulare business in the 1200 block of South O Street was fatally shot early Thursday morning by police officers and sheriff’s deputies after he failed to follow officials’ commands, authorities said.

The Tulare County Sheriff’s Office said in a statement that the stolen truck was spotted by deputies at about 1:15 a.m. in an orchard on Cartmill Avenue west of West Street.

Deputies tried to contact a 38-year-old man inside the truck but he did not follow their commands, the office said.

Officers with the Tulare Police Department also arrived at the scene and joined deputies in trying to get the man to comply for about 30 minutes.

Deputies then deployed a taser, but it didn’t work, authorities said.

The man subsequently pulled out a gun and pointed it at officers and deputies who fired their weapons, striking him several times, they said.

Deputies performed CPR but the man died at the scene, officials said.

Authorities did not release the man’s name or any other information.

The office said the Visalia Police Department is conducting the fatal shooting investigation.