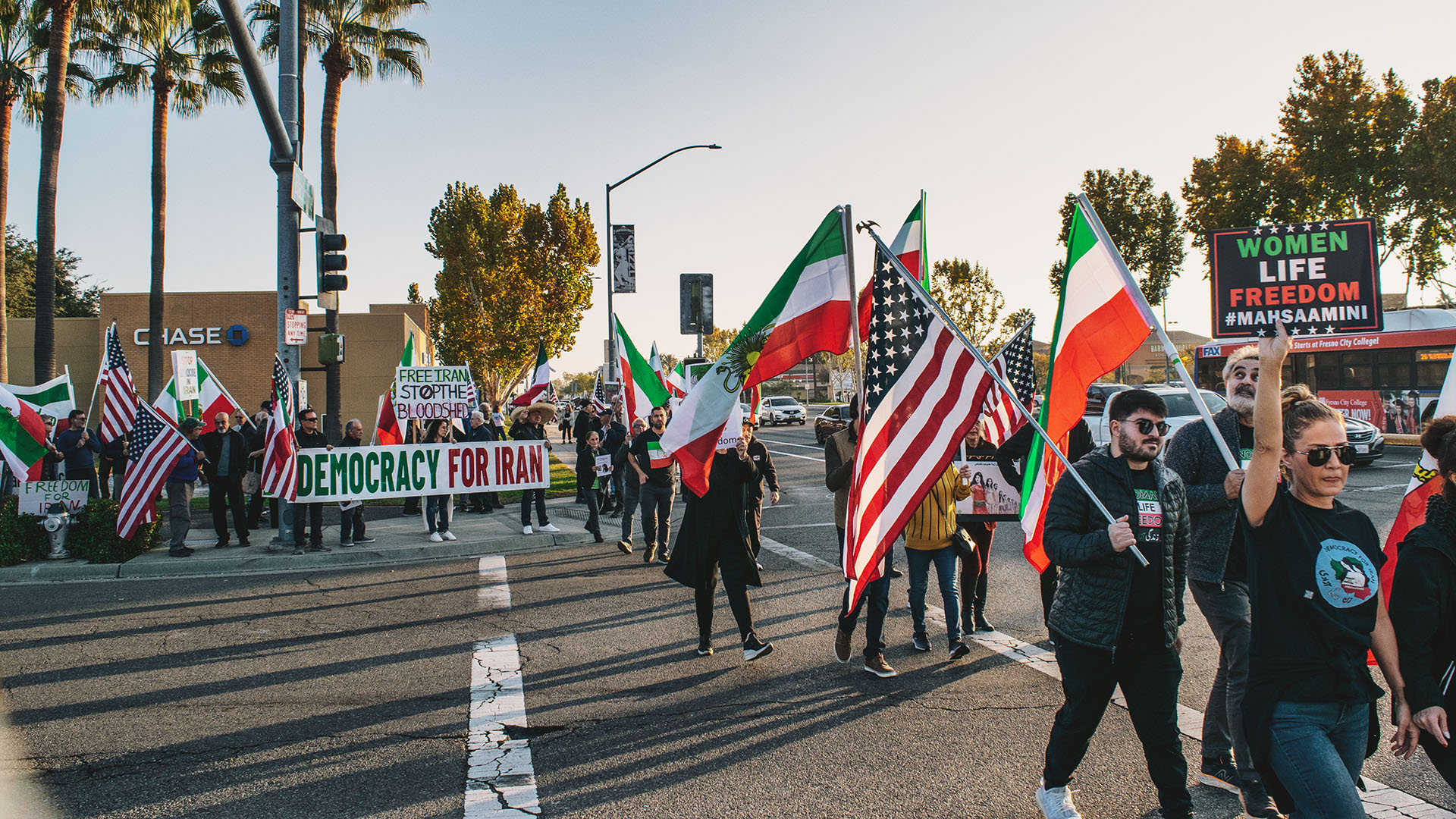 In a continuing show of solidarity with the people of Iran, more than 200 Iranian-Americans from Fresno, Clovis, and Visalia marched Saturday in north Fresno, chanting “women, life, freedom,” “democracy for Iran,” and “down with the Islamist regime.”

It marked the eighth week of protests organized by the Iranian-American Alliance of Fresno in support of the ongoing revolt in Iran against the Islamist government and calls for a secular democracy to replace it.

The protests were sparked by the death of Mahsa Amini, a 22-year-old Kurdish woman who was taken into custody in September by the so-called “morality police” for improperly wearing a hijab, a required head covering. Witnesses who were in custody with Amini told her family she was severely beaten by police, which her family says led to her death. 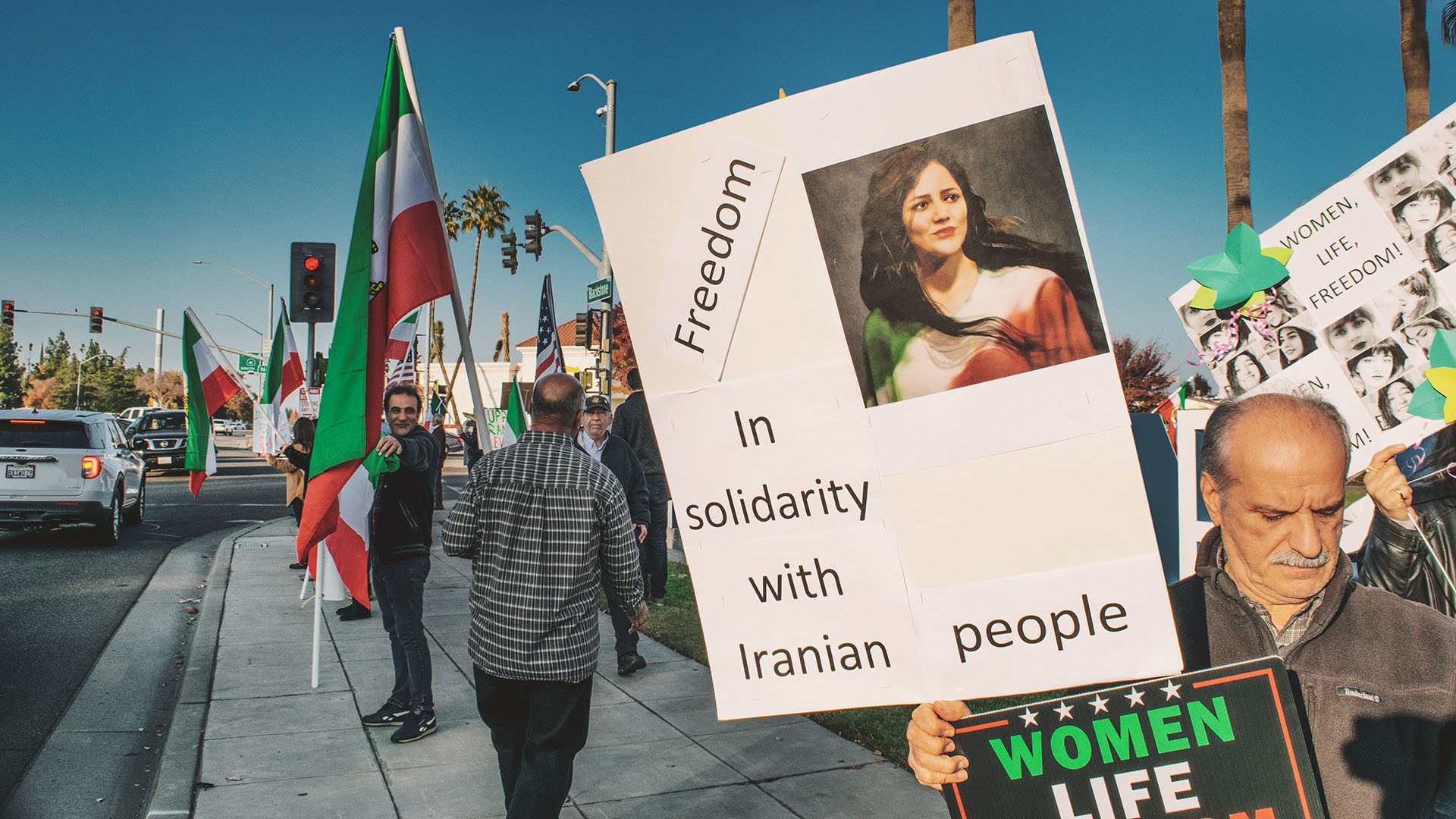 A man holds a sign with an image of a woman wearing the colors of the Iranian flag while protesting Saturday near the River Park Shopping Center. (GV Wire/David Rodriguez)

Her death has led to widespread protests across Iran and around the world. The Iranian government has cracked down internally, killing as many as 600 adults and more than 40 children and arresting an estimated 15,000 people, protest organizer Dr. Mehdi Ghajar said.

One of the most recent victims was a 10-year-old boy named Keeyan, from the southwest of Iran, who dreamed of becoming an inventor, Ghajar said.

Saturday’s protest march in Fresno was in support of the fourth International Day of Solidarity called for by the Association of Families of Flight PS752 Victims. Flight PS752 was a Ukrainian International Airlines jet shot down by two missiles fired by the Iranian Revolutionary Guard Corps only minutes after takeoff from Tehran’s airport in January 2020. Aboard were 176 passengers and crew, many of them returning to Canada by way of Ukraine. 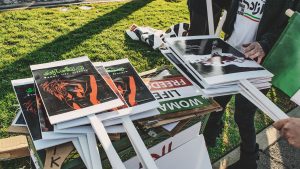 Protest signs are stacked prior to the start of a demonstration Saturday in north Fresno. (GV Wire/David Rodriguez)

The march also protested the third anniversary of “Bloody November” in 2019, during which an estimated 1,500 Iranians were killed in less than a week during economic protests.

Saturday’s protest in Fresno at the corner of Blackstone and Nees avenues coincided with protests in Australia, Europe, Canada, and the U.S., including at the United Nations in New York City, seeking the overthrow of the Islamist regime and prosecution of the religious leaders responsible for the violence and bloodshed over the decades they have remained in power. 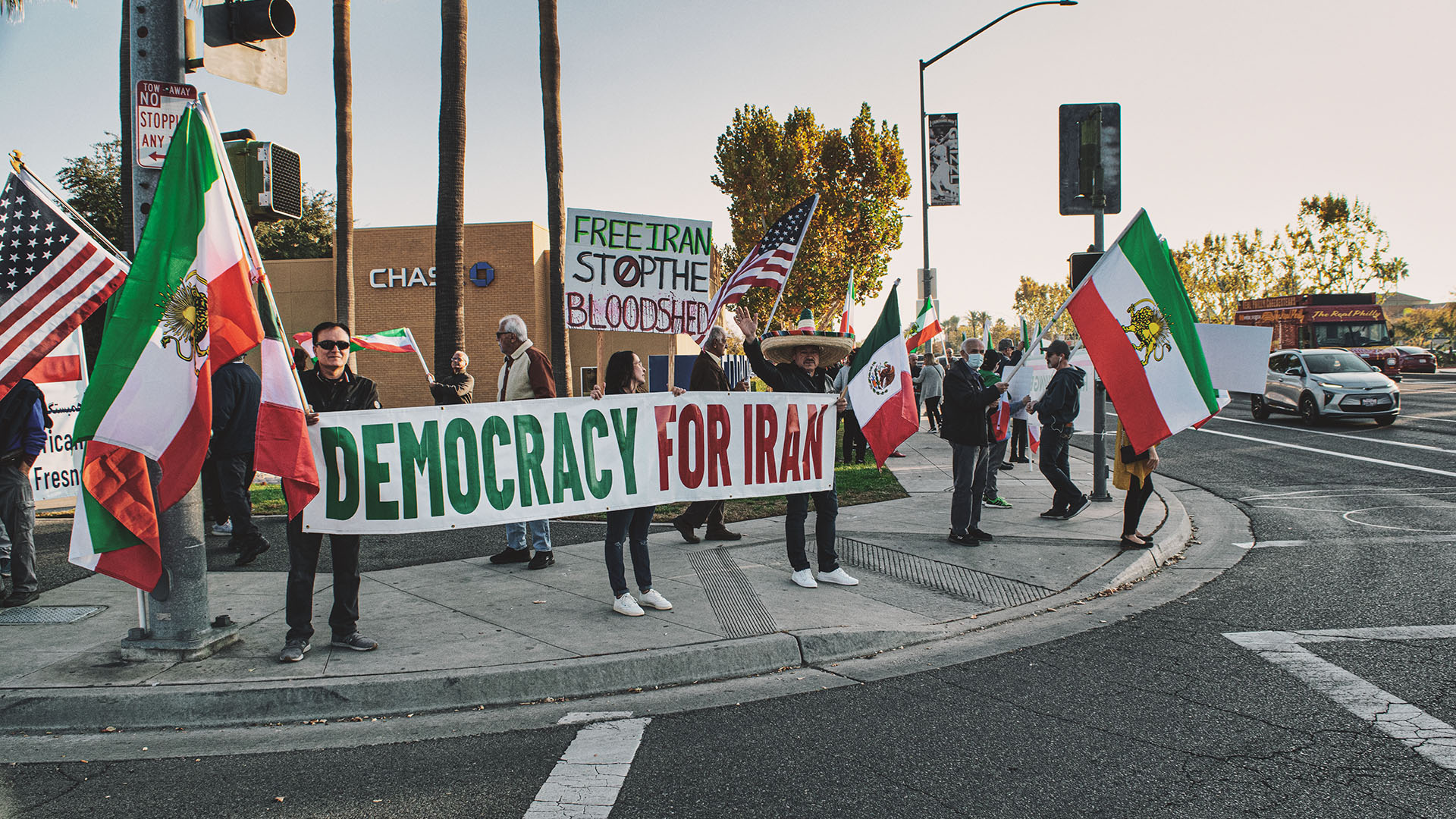 Pazin Concedes to Soria in Race for 27th Assembly Seat