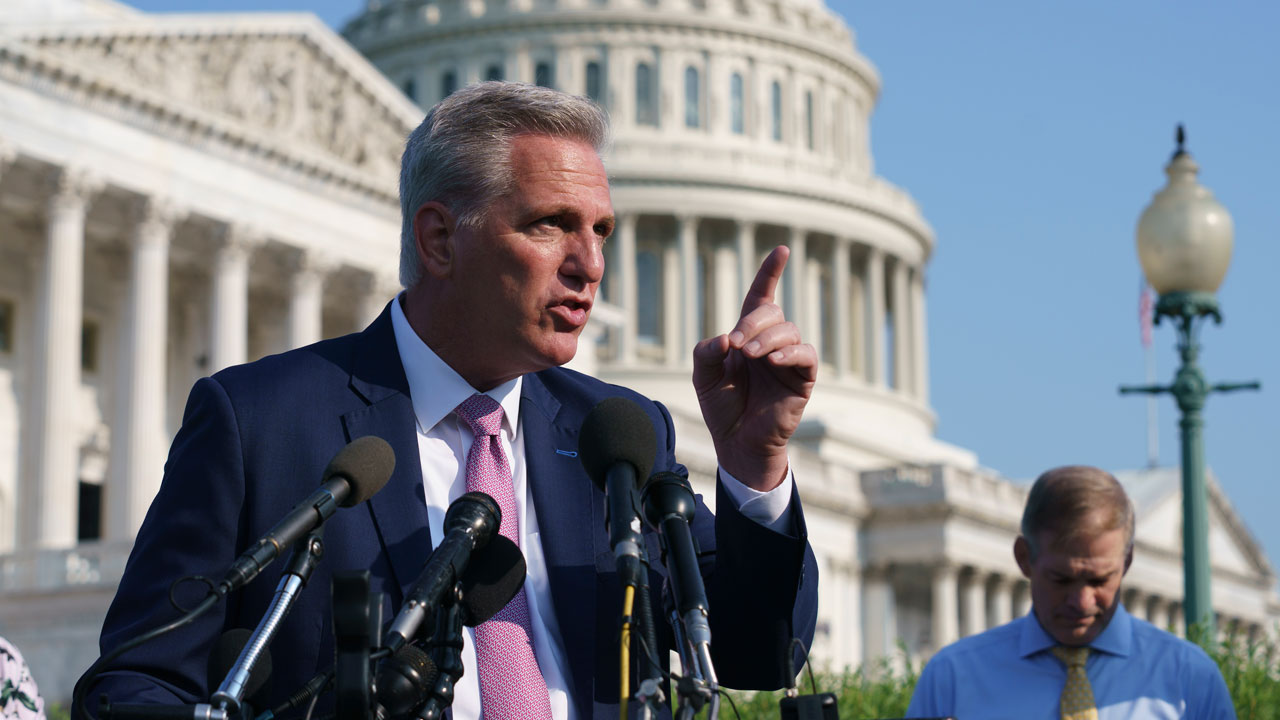 House Minority Leader Kevin McCarthy is warning Republicans that if they oppose him, House Democrats could select the next Speaker.

While the Republicans will hold an anticipated edge of nine seats over the Democrats when the new House membership assumes duties in January, at least five hard-right conservatives have signaled that they aren’t backing McCarthy.

The five are Reps. Bob Good of Virginia, Ralph Norman of South Carolina, Matt Rosendale of Montana, Matt Gaetz of Florida, and Biggs of Arizona. Biggs told the “Conservative Review” podcast on Monday that he believes there are about 20 GOP members strongly opposed to McCarthy becoming Speaker.

If that’s the case, the Bakersfield Republican wouldn’t realize his longtime dream of leading the House.

“We have to speak as one voice,” McCarthy told Newsmax. “We will only be successful if we work together, or we’ll lose individually. This is very fragile — that we are the only stopgap for this Biden administration.”

Republicans opposed to McCarthy’s ascension say he must promise to cut the federal budget, change House rules as requested by the Freedom Caucus, and commit to impeaching Homeland Security Secretary Alejandro Mayorkas.

“I think at the end of the day, calmer heads will prevail. We’ll work together to find the best path forward,” McCarthy said.

The Democrats appear to be united behind their Speaker nominee, Rep. Hakeem Jeffries of New York.