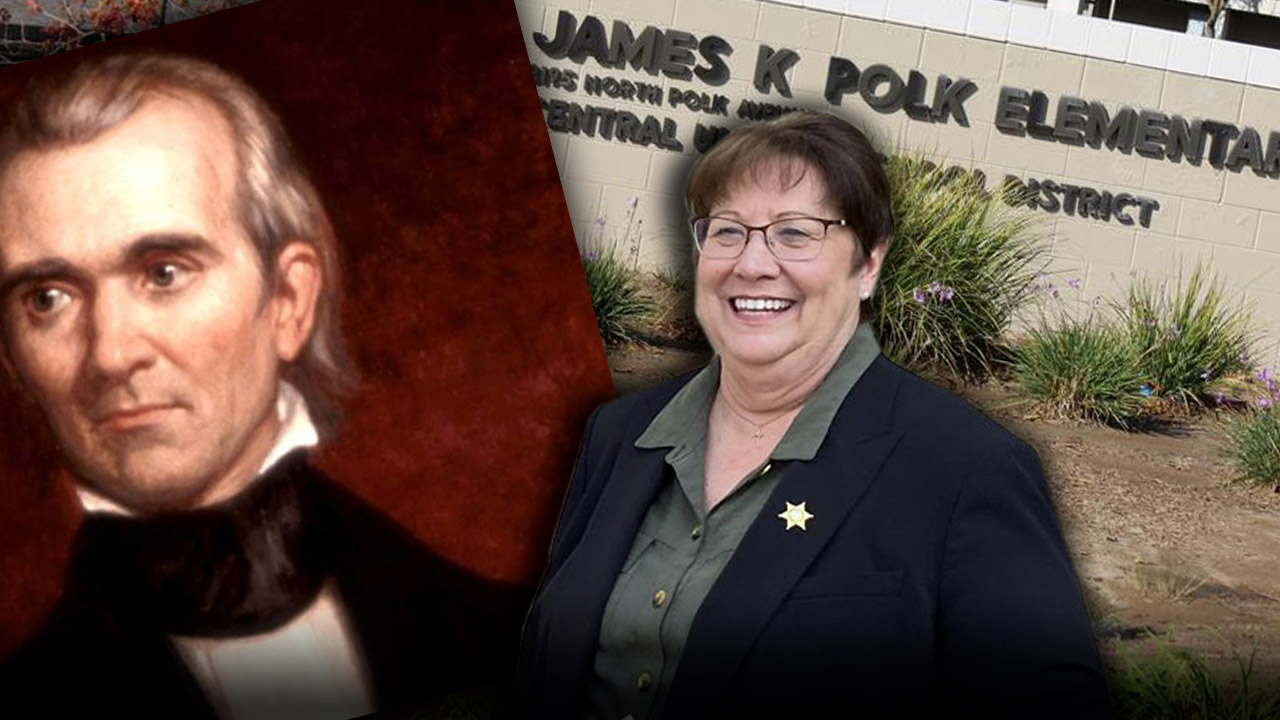 The suggestion sparked backlash from the area’s progressive community, noting Mims’ record of welcoming federal immigration agents into the county jail as evidence that she is not a suitable candidate to be the school’s namesake.

Meanwhile, Malachi Suarez, who as a fourth-grader initiated the drive to strike Polk’s name from the school because of the 11th president’s slave-holding history, is campaigning for the school to be named after Maria Moreno, the first woman farmworker hired as a union organizer.

KMJ guest host Joe Basile called Mims a “female pioneer who has done nothing but amazing things for this community.” He and host Philip Teresi also talked about whether Mims should consider a run for California governor.

Related Story: Are Fresno High Schoolers Cheating Their Way to a Diploma with Online Option?

Under the criteria established by the Central Unified School Names Advisory Committee, names being considered for schools should reflect community involvement, student impact, and a lifelong commitment to education and social justice. The committee agreed to avoid schools and mascots being named for anyone involved in the colonization of people, slave owners, perpetuators of genocide or slavery, those who oppressed or abused women, children, queer or transgender people; white supremacists, and people connected with human rights or environmental abuses.

Mims’ support for former President Donald Trump and her collaboration with ICE were cited in one tweet.

Mims could not be immediately reached for comment Thursday.

At that meeting board, President Richard Solis proposed renaming Polk Elementary in honor of the district’s upcoming centennial, and school board members Jason Paul and Jeremy Mehling proposed keeping the Polk name because the school is on Polk Avenue. Neither proposal won the board’s approval.

Central Unified’s school renaming survey, which is available in English, Spanish, and Punjabi, is online now. The deadline to submit a suggestion is Thursday, July 21. The School Board will review the submissions at its July 26 meeting.

Could Calwa Become Part of Fresno? Talks Are Underway