'You're Part of the Swamp': Heated Argument Erupts Over Council Contract Vote 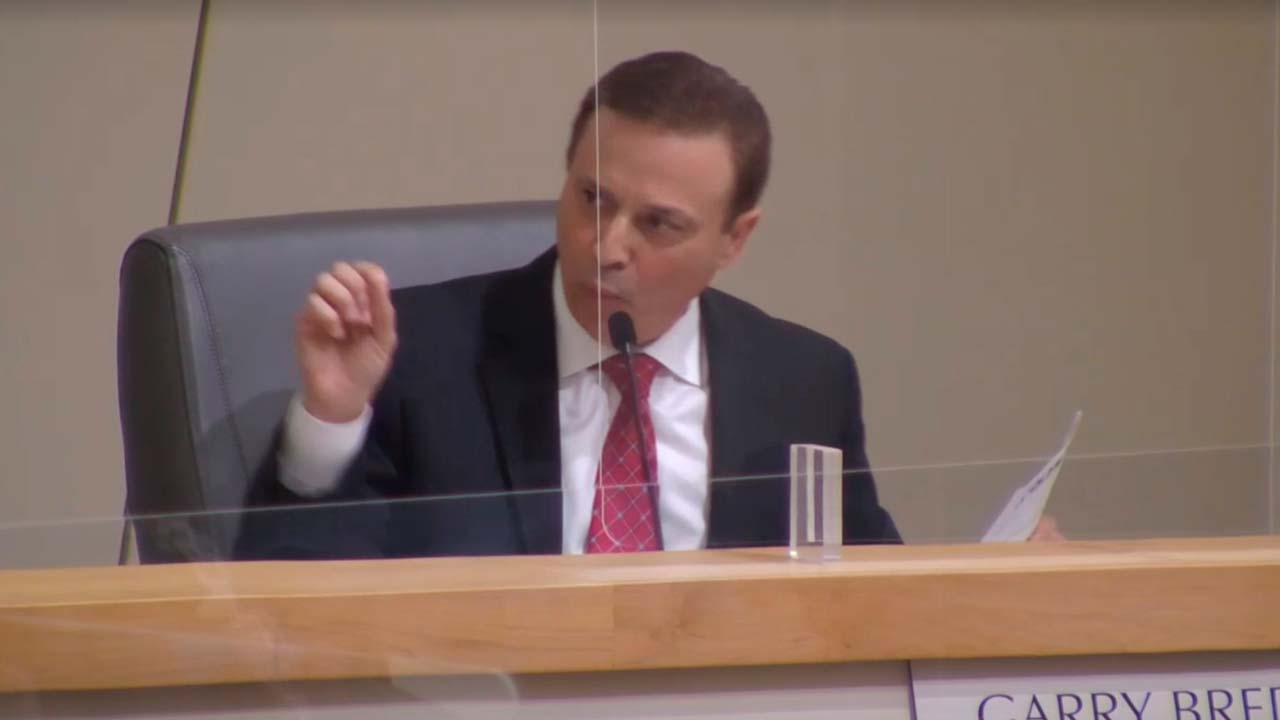 A heated debate about a Chinatown cleanup contract led to yelling, arguments, and a need for a break to cool things down at Thursday’s Fresno City Council meeting.

The council approved an agreement with Olympic Property Services in a no-bid contract by a 6-1 vote. But not before Councilman Garry Bredefeld leveled charges of corruption, among others, toward his council colleagues.

“This is a corrupt process … I know you think it’s funny, Paul (Caprioglio). You’re part of this swamp. There’s nothing but a swamp going on here,” Bredefeld said.

Council President Miguel Arias said he was tired of waiting for piles of trash from illegal dumping to be cleaned up in the Chinatown area of his district. He brought forward a measure to hire a local company to move forward with the effort immediately.

Arias was concerned about the fire hazard that piled-up garbage and illegal dumping may cause. He also said homeless people have moved to Chinatown after a cleanup on nearby Santa Clara Street.

The contract with Olympic, operated by Jim Verros (who also serves as a political commentator with KSEE-24) was initially set to not exceed $250,000. Olympic would provide waste removal and pressure washing. Funding for the cleanup was approved during June’s budget hearings.

During the council debate, Arias amended the value of the agreement to $143,000.

Bredefeld called out the process for not going to a formal bidding process as corrupt. He said “corrupt” at least nine times during the debate.

When Councilman Paul Caprioglio called to end debate and move to a vote, Bredefeld unleashed his verbal diatribe.

“No, no, no. I’m going to speak,” Bredefeld said. “You gave me the mic, now you’ve let it go back. This is a corrupt process – you all ought to care.”

After describing the process as “a swamp,” Councilmember Mike Karbassi jumped in.

“That is totally inappropriate,” Karbassi said, talking over both Bredefeld and Arias. “And you’ve joined the swamp, Mr. Karbassi,” Bredefeld responded as the arguing continued.

“I’m sorry to the public, by the way,” said Karbassi. “This whole exchange is shameful.”

Bredefeld responded, “Yes it is shameful, Mr. Karbassi. You should be ashamed too.”

Arias then called for a five minute break.

City Says They Can Provide Service For Less

“This is a service that we are able to provide internally at a much cheaper cost,” City manager Wilma Quan said.

Bredefeld railed on how Olympic’s estimates dropped in half over the last few days.

“This is a good example of why we would do a competitive process,” assistant city manager Jim Schaad responded.

Bredefeld ran with the potential savings in his remarks.

Arias rebutted that the city’s proposal would only be two hours a week of pressure washing. A formal bidding process would take months, which Quan briefly objected to.

“This whole either/or thing, the comment if you if support this, you’re engaging in corruption. You know, people aren’t stupid. They’re not going to fall for that. It’s that kind of politics hurting this country,” Karbassi said.

Karbassi supported Arias’ view that Chinatown needs help right away, and that city staff is already swamped with COVID and other cleanup projects.

At a news conference after the vote, Bredefeld echoed many of the points he made from the dais, calling the Chinatown contract corrupt.

After the five-minute break, two members of the public called out the council for their behavior.

Lisa Flores, a frequent council participant, said she was embarrassed. D’Aungillique Jackson, president of the Fresno State NAACP chapter, told the council to “be better.”