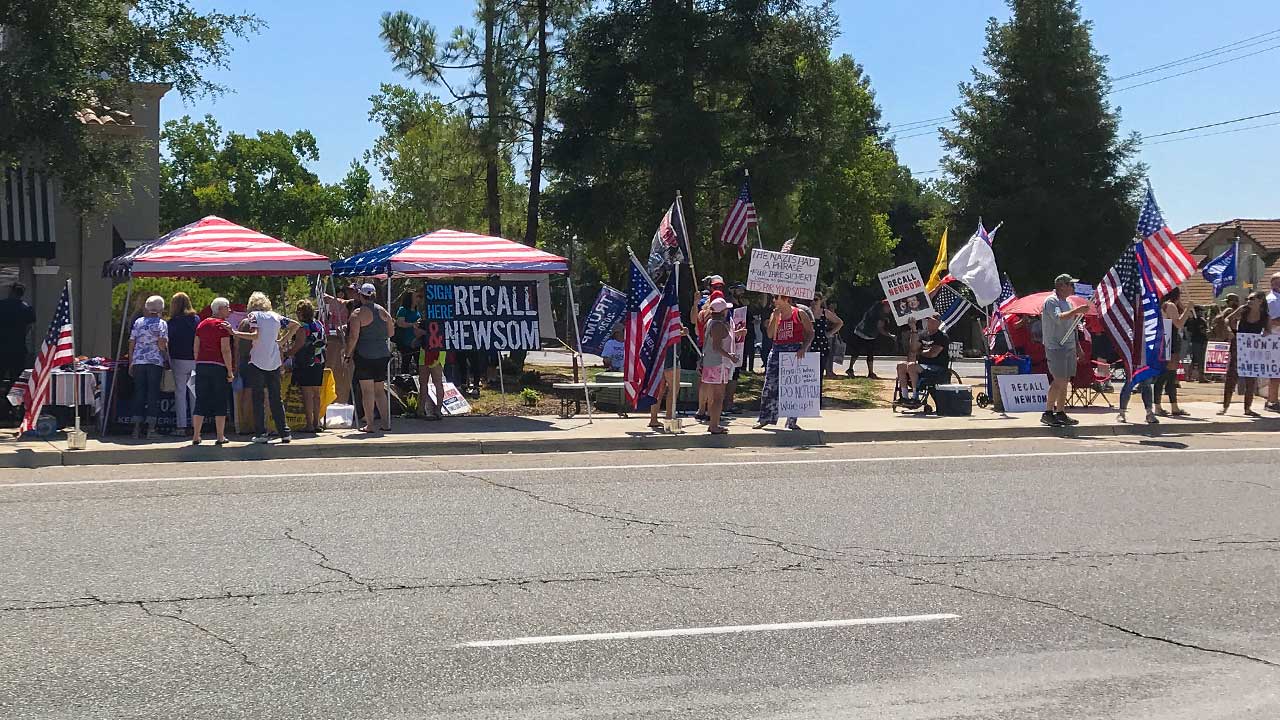 Participants who gathered at Champlain and Shepherd avenues waved large flags and held colorful signs advocating for a recall of Gov. Gavin Newsom, the reelection of President Trump, reopening schools, and supporting police. Others were opposed to vaccines and COVID-19 contact tracing.

A Public Policy Institute of California poll released in early June showed Newsom with a 65% approval rating from California adults. But there was a big split between Republicans and Democrats. The governor received a thumbs-up from 86% of Dems, but only 27% of Republicans. About half of independents approved of his performance.

Paul Beckley, a local member of the advocacy group California Republican Assembly, said the event was initially organized to collect signatures to put a recall of Newsom on the ballot.

“It’s almost like (Newsom)‘s got his knee on our necks,” Beckley told The Fresno Bee. “We need to remove his knee from our necks and get back to freedom and an open way of living.” 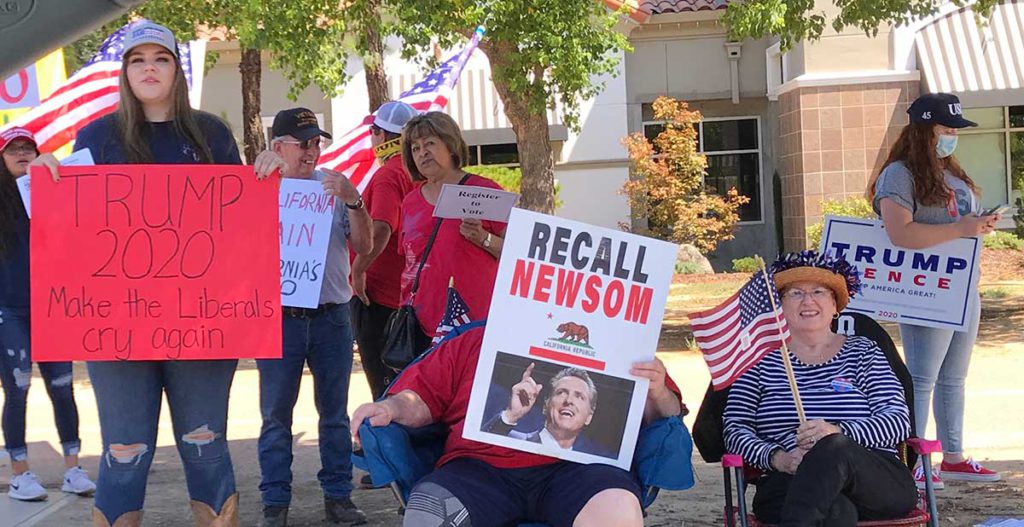 A similar rally was held Saturday in Huntington Beach.

Beckley told The Bee the scope of the Fresno demonstration ultimately grew into “a patriotic, flag-waving event to energize the silent majority.”

Participant Don Lyle told Fox26 News, “We must stand up for law and order. We need to stand up when our government is not functioning well.”

“This is about freedom,” said another demonstrator, holding an American flag.

One of the signs at the event said, “Say no to forced closure, tracking/tracing, toxic vaccines!” 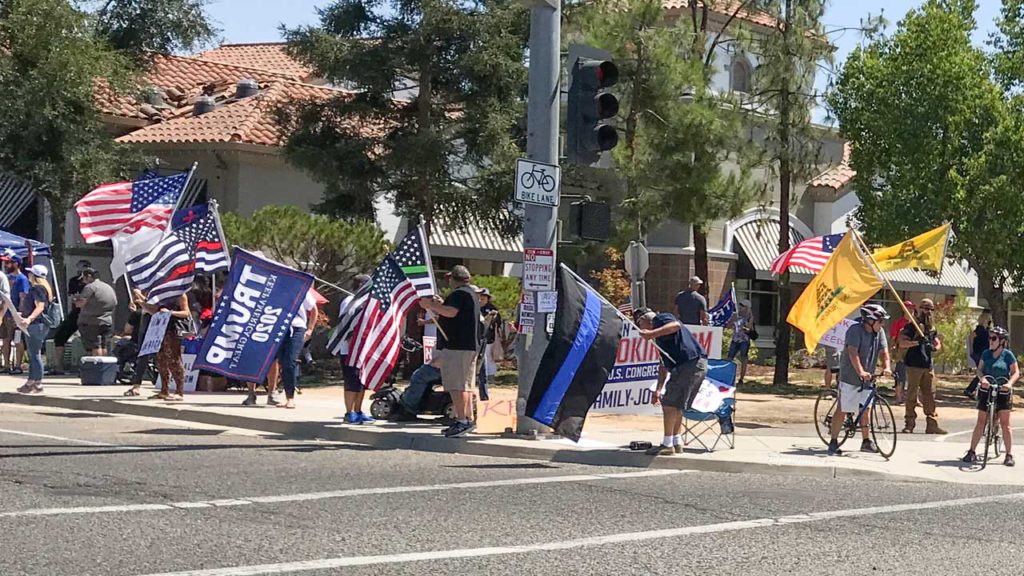 Tom Hardin attended the event to protest calls to defund the police. The former police officer told the news station he’s organizing a Back the Blue march on Thursday.

A post on Hardin’s Facebook page promoting the upcoming march says, “This is our chance to ban together and show how unhappy we are with the direction our country is going while showing support for our men and women in blue that serve us.”

The event begins at 4 p.m in front of Fresno City Hall.