I was one of those people who said “Well of course black lives matter, but….”

The problems I had (and still have) with several of the more radical organizations under the Black Lives Manner banner are substantial, and I think there are many parts of the movement that have destructive policy goals and a counterproductive approach to ensuring racial justice, peace and reconciliation.

I will not go over all those points of disagreement here but make reference to the excellent piece by Ryan Bomberger in Townhall . I also must state unequivocally that the violence we’ve observed over the past couple of weeks in our country is completely unacceptable, particularly given the devastation caused in largely minority communities and the additional deaths that occurred. 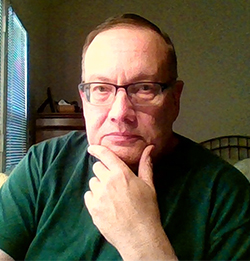 Our own black community and civil rights leaders here in Fresno are to be commended for their grace and strength shown by demonstrating, making their calls for reform, and engaging the political process rather than resorting to senseless violence. I note with particular admiration the action by the Fresno State branch of the NAACP which, upon learning of rumors of a violent protest action near the Riverpark shopping center in North Fresno, put out announcements that the rumors were false and called for non-violence. May these efforts at constructive confrontation and communication be rewarded.

I am heartbroken that tragedies like what happened to George Floyd and Ahmaud Arbery just seem to keep occurring.

I assume most Americans, like me, recognize that there has been tremendous, if slow, progress on racial equality in our country over the past few decades. Yet I am heartbroken that tragedies like what happened to George Floyd and Ahmaud Arbery just seem to keep occurring.

I saw Van Jones on the news shortly after the Floyd murder expressing his despair over all his efforts to engage the larger culture on racial equality issues and one could hear his concern that we were close to losing the ability as a country to engage peacefully and constructively on these issues to make things better. Jones’ anguish resonated with me although I usually don’t agree with him on much politically.

Something Must Be Done

And maybe that’s the place to start. To admit that we don’t have the answers; that we don’t know what can be done. But we resolve that something must be done.

We obviously won’t agree on all the answers to the question about what should be done. Personally, I don’t believe what is referred to as institutional racism in this country is as pervasive as many do.

We obviously won’t agree on all the answers to the question about what should be done. Personally, I don’t believe what is referred to as institutional racism in this country is as pervasive as many do. On the other hand, this is still a country in which supposedly law-abiding citizens see a black man jogging through their neighborhood and take out after him in a pickup with their shotguns and he ends up getting shot. It’s difficult if not impossible to reconcile these two points.

Growing up in Oakland, I had black friends, but now as an adult living the last 20 years in Central Valley cities, I know maybe two black people, and neither one of them that well. And so I considered “doing something” to advance the cause of racial equality in our country. And that included putting a Black Lives Matter bumper sticker on my car.

I thought that my black fellow citizens needed to know that white people get a little bit of what they are saying.  Maybe I just liked the irony of being a conservative Republican driving a red Prius with a BLM sticker on it.

I decided against putting the BLM bumper sticker on my car. It would have been just another empty virtue signal by a white guy.

In the end, I decided against putting the BLM bumper sticker on my car. It would have been just another empty virtue signal by a white guy; something that made me feel better without actually changing anything. The time for no-cost verbal messages of support for racial equality is over and has been for a long time.

For me, it has to start small. As I’ve said, I really don’t know what all the answers are and we will often disagree on specific actions or policies. I will make and effort to get to know more black people in Fresno and listen to their experiences. I believe more love, communication and understanding are the most critical factors for us to repair this breach between us. This is primarily a spiritual concern dealing with evil that all of us carry in our hearts.

Related Story: FUSD Superintendent: ‘a Time to Acknowledge That Pain and Hurt’

Any improvement in the situation will involve a lot of individual soul-searching. But I will also commit my time and money to improving the inequities in our primary and secondary education systems which handicap so many of our black and other minority students and prevent them from experiencing the full advantages and privileges of America. I will support reasonable reforms to our prison and justice systems.

And I will stop saying “black lives matter, but…..”

Dan Cederborg is an attorney who practices in Fresno.