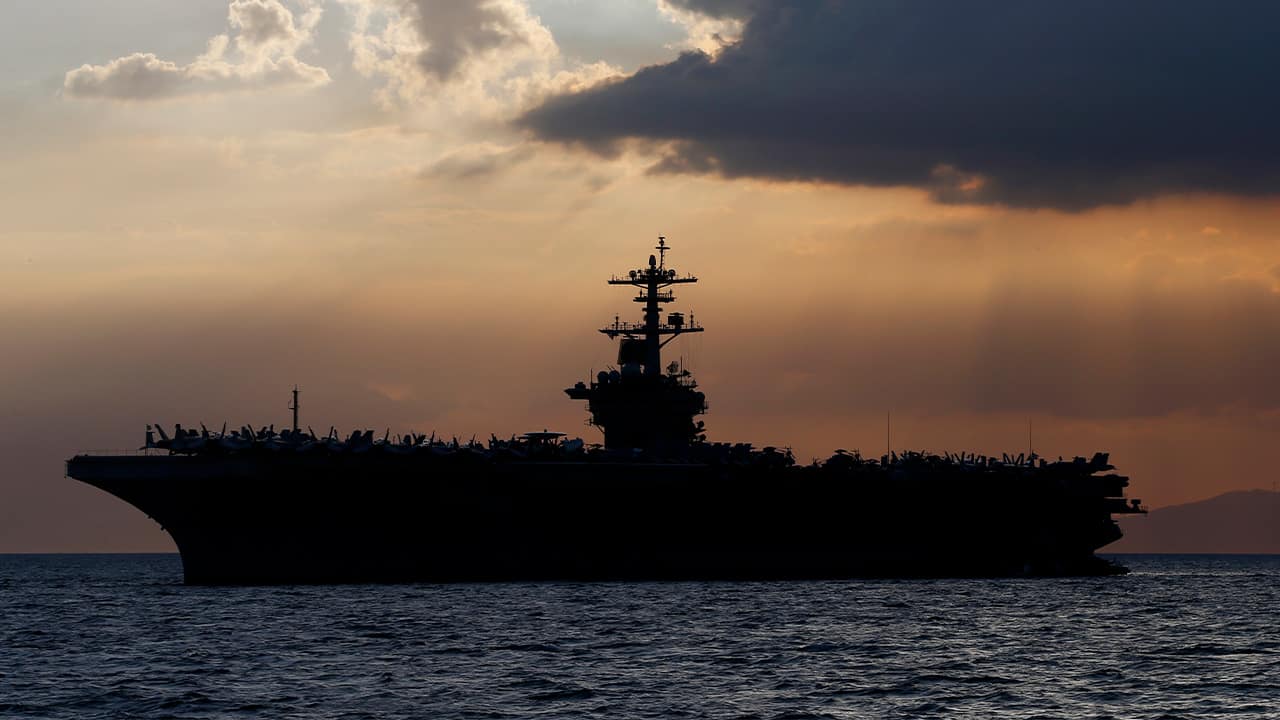 Nearly 3,000 sailors aboard the carrier USS Theodore Roosevelt will be taken off the ship in an effort to stop a spreading coronavirus outbreak. Close to 800 NAS Lemoore-based personnel are on-board the ship, attached to two strike F/A-18E fighter squadrons from the base.

The sailors will be taken off the ship by Friday, Navy officials said as they struggle to quarantine affected crew members.

So far, fewer than 100 of the nearly 5,000 sailors assigned to the USS Theodore Roosevelt, now docked in Guam, have tested positive for the virus, but the Navy is moving sailors into various facilities and probably will begin using hotel rooms in the coming days.

So far, fewer than 100 of the nearly 5,000 sailors assigned to the USS Theodore Roosevelt, now docked in Guam, have tested positive for the virus, but the Navy is moving sailors into various facilities and probably will begin using hotel rooms in the coming days. Navy leaders are talking with government officials in the U.S. territory to identify rooms for the crew members.

Acting Navy Secretary Thomas Modly, however, made it clear Wednesday that while several thousand will leave the ship, other sailors will remain on board in order to continue to protect the ship and run critical systems.

“We cannot and will not remove all sailors from the ship,” Modly told Pentagon reporters. He said officials will send as many sailors off the ship as possible while still maintaining safety. He said about 1,000 have gone ashore, and that number will grow to at least 2,700 in a couple of days.

Modly and Adm. Michael Gilday, the chief of naval operations, declined to say how long the ship will be sidelined. But if crew members are required to be quarantined for 14 days, on a rotational basis, the Roosevelt could be out of duty for weeks.

The Navy leaders said that they are trying to track down any sailors who came in contact with those now ill and place them in quarantine. They said almost 1,300 sailors have been tested, and as of Wednesday, nearly 600 of those tests came back negative. Officials are awaiting more results and more testing.

The “long pole in the tent,” said Gilday, is getting results more quickly. At this point, no sailors with the virus are hospitalized.

Navy Capt. Brett Crozier, the carrier’s commander, raised warnings this week in a memo to his leaders. He said the ship was facing a growing outbreak of the coronavirus and he asked permission to isolate the bulk of his crew members on shore, an extraordinary move to take a carrier out of duty in an effort to save lives.

The carrier, like other Navy ships, is vulnerable to infectious disease spread given its close quarters. The ship is more than 1,000 feet long. Sailors are spread out across a labyrinth of decks linked by steep ladder-like stairs and narrow corridors. Enlisted sailors and officers have separate living areas, but most share rooms with multiple people, work in close quarters with other sailors, routinely grab their food from crowded buffet lines and eat at tables joined end to end.

A descendant of the ship’s namesake also urged for the crew to be quickly removed from the ship.

“Members of the Roosevelt family and I are extremely concerned about the plight of the sailors and captain of the USS Theodore Roosevelt,” Tweed Roosevelt, a great-grandson of President Theodore Roosevelt and chairman of the Theodore Roosevelt Institute at Long Island University, wrote in an email Wednesday. “We must get these brave men and women off at once to protect their lives and the future viability of the ship.”

In a memo to Navy leaders over the weekend, Crozier said the spread of the disease was accelerating and that removing all but 10% of the crew would be a “necessary risk” in order to stop the spread of the virus.

“We are not at war. Sailors do not need to die. If we do not act now, we are failing to properly take care of our most trusted asset our sailors,” said Crozier.

As of Tuesday morning, the Navy said that a total of 334 personnel had tested positive for the virus, including 243 sailors. Of the 334, 19 have been hospitalized and 15 have recovered. None has died.

Navy leaders were quick to praise the captain for bringing the dire nature of the matter to their attention. They brushed away suggestions that he could be punished because the issue became public so quickly.

In Asia, a carrier presence is central to what the Pentagon has identified as a fundamental shift from fighting insurgent and extremist conflicts in the Middle East to a return to “great power competition.” That means, principally, a bigger focus on China, including its militarization of disputed areas of the South China Sea.

Navy leaders faced persistent questions about the origin of the virus on the ship, but said it may be impossible to identify where it started.

The Roosevelt made a port call in Vietnam last month. Modly said the stop, where thousands of sailors likely went off the ship into Danang, was done when there was fewer than 20 cases of the illness in Hanoi and sailors were screened when they returned to the ship.

He said two sailors fell ill near the end of the required 14-day period between port calls, and they were flown off the ship. As the days went by, however, the problem worsened.

Modly said there are 94 Navy ships deployed at sea around the world, and the Roosevelt is the only one with sailors who have tested positive for the virus. Some other sailors have tested positive, but those have been in other jobs or on ships that are at their home bases and are not out at sea.

As of Tuesday morning, the Navy said that a total of 334 personnel had tested positive for the virus, including 243 sailors. Of the 334, 19 have been hospitalized and 15 have recovered. None has died.

Billions Available for Small Businesses. Be Aware of Scammers.