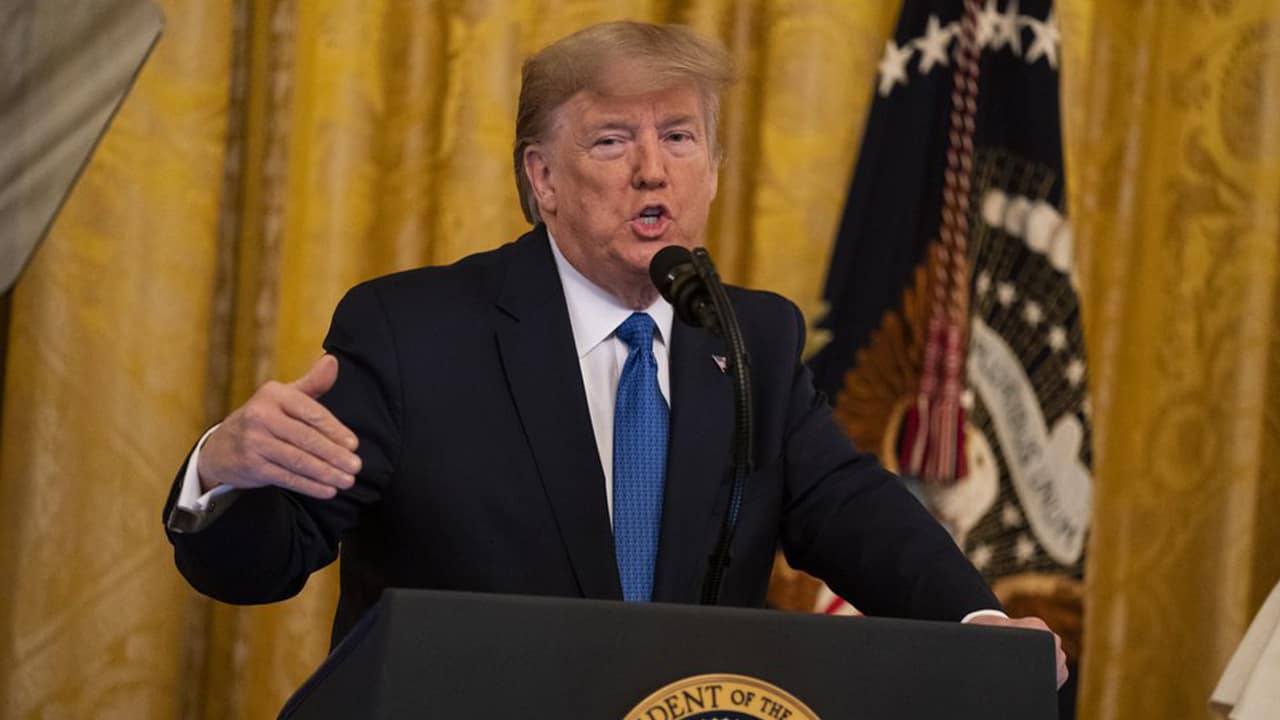 WASHINGTON — President Donald Trump on Friday canceled an Obama-era prohibition on the use of anti-personnel landmines outside of the Korean peninsula. With potential future conflict with China and Russia in mind, the new policy specified no geographic limits on landmine use, declaring that the weapons offer an important war-fighting capability.

“There are acts in war that are simply out of bounds. Nations, even superpowers, must never use certain weapons because of the superfluous injury and unnecessary suffering they cause. Landmines fall directly into this category.” — Jeff Meer, U.S. executive director of Humanity & Inclusion, an international aid organization

The policy change drew swift condemnation from groups that have advocated a global ban on landmines, which have been widely condemned for their history of killing and maiming children and other civilians long after wars are over.

“There are acts in war that are simply out of bounds,” said Jeff Meer, U.S. executive director of Humanity & Inclusion, an international aid organization. “Nations, even superpowers, must never use certain weapons because of the superfluous injury and unnecessary suffering they cause. Landmines fall directly into this category.”

Rep. Jim McGovern, a Massachusetts Democrat, wrote in a letter to Defense Secretary Mark Esper and Gen. Mark Milley, chairman of the Joint Chiefs of Staff, that the administration should reconsider lifting Obama-era landmine restrictions.

“As you well know, current policy is the result of nearly three decades of studies, reviews, incremental steps, and recognition by both Republican and Democratic presidents and secretary of defense that these weapons posed unacceptable hazards both to our troops and civilian populations,” McGovern wrote. “Most of the world’s countries have embraced the ban on antipersonnel landmines for more than two decades, while the Trump administration has done a complete about-face in deciding to cling to these weapons in perpetuity,” said Steve Goose, director of the arms division at Human Rights Watch.

A White House statement said the new U.S. policy authorizes military commanders to use landmines that are “non-persistent,” meaning they have built-in mechanisms to destroy or deactivate the mine after a certain period. President Barack Obama had prohibited the military from using any landmines anywhere in the world except in defense of South Korea.

The Obama administration also had committed to destroying U.S. stockpiles of landmines not needed for the defense of South Korea. It sought to move the United States toward eventually becoming a party to the 1997 Ottawa Convention, an international agreement that banned the use, stockpiling, production and transfer of anti-personnel landmines.

The White House said the policy shift is part of Trump’s commitment to “ensuring our forces are able to defend against any and all threats.” It said a Defense Department policy review that was begun by former Defense Secretary James Mattis concluded that the Obama restrictions could place U.S. forces “at a severe disadvantage during a conflict.”

The exact scenario in which U.S. forces might use landmines, beyond the Korean peninsula, was left vague. The White House statement said commanders could use them “in exceptional circumstances,” but did not say what that means.

Vic Mercado, the Pentagon’s interim assistant secretary for strategy, plans and capabilities, told reporters that the new policy was developed with “great power competition” in mind, meaning the possibility of conflict with China and Russia. Asked whether he could foresee landmines being used by U.S. forces in war zones like Afghanistan or Syria, he said, “I don’t see that right now.”

In a memorandum spelling out the new policy, Defense Secretary Mark Esper wrote that the military’s ability to use landmines “will not have any expressed geographic limitations.” He added that “appropriate geographic limitations will be formulated based on specific operational contexts,” without saying that such limits will be disclosed publicly.

“Combatant commanders may authorize the use of non-persistent landmines when necessary for mission success in major contingencies or other exceptional circumstances,” Esper wrote, adding that commanders would be required to notify him after they have authorized such use. The term “major contingency” is not explicitly defined.

“At the end of the day, we want to make sure that we have all the tools in our toolkit that are legally available and effective to ensure our success and to ensure the protection of our soldiers, sailors, airmen and Marines.” — Secretary of Defense Mark Esper

Mercado said the decision to use landmines could not be made by an officer below four-star rank.

United States will “continue to lead in international humanitarian de-mining efforts that locate and remove landmines and explosive remnants of war that pose persistent threats to civilians living in current and former conflict areas around the world,” Mercado said.

In remarks to reporters before the White House announcement, Esper made the case for giving U.S. military commanders the latitude to use landmines as a means to “shape the battlefield” and protect American forces.

“At the end of the day, we want to make sure that we have all the tools in our toolkit that are legally available and effective to ensure our success and to ensure the protection of our soldiers, sailors, airmen and Marines,” Esper said.

Esper was asked whether it is immoral to use landmines, which draw widespread criticism for the dangers they can pose to civilians long after their military utility has ended.

“In everything we do, we also want to make sure that these instruments — in this case, landmines — also take into account both the safety of employment and the safety to civilians and others after a conflict,” Esper said.