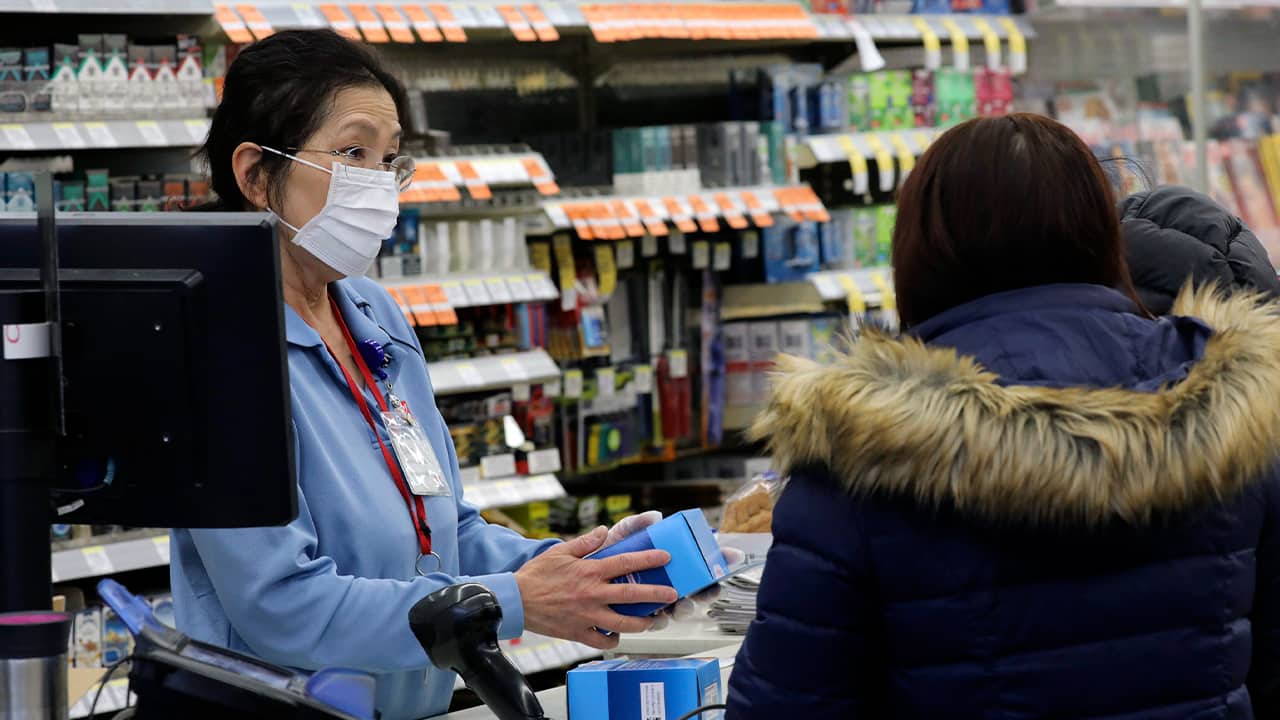 WASHINGTON — U.S. health officials offered a reality check Tuesday about the scary new virus from China: They’re expanding screenings of international travelers and taking other precautions but for now, they insist the risk to Americans is very low.


Related Story: US, Others Prepare Evacuations as Virus Spreads From China The Biggest Unanswered Questions of the Outbreak

Flanked by the government’s top infection specialists, Azar listed the biggest unanswered questions of the outbreak and tried to tamp down some of the fear and speculation provoked by China’s rising toll:
— How deadly is this new virus? China’s death toll has passed 100 but the first patients counted in an outbreak “are naturally the most severe cases” and “skew our understanding,” Azar cautioned. Over time, if doctors find many more people had just a mild, cold-like illness, the death rate will change.
— How easily does it spread? One way to measure that is an estimate of how many people could catch an infection from one contagious patient. Some reports have suggested that number might be between 1.5 and 3.5 for the new coronavirus, but Azar stressed it’s too soon to know. For comparison, one patient with measles could spread it to 12 to 18 others, he added.
— What about silent carriers? Reports from China suggest some people may have spread the virus before showing symptoms. And Germany on Tuesday said a man with the virus near Munich never traveled to China or had close contact with anyone showing symptoms. Instead, he may have been infected by a coworker from China who briefly visited for a company training session and didn’t report feeling ill until her flight home. Later authorities confirmed three additional cases from the German company, all connected to the first.

The World Is Depending on Tried-And-True Public Health Steps

Some viruses, such as the flu, can spread before symptoms are obvious. But there’s no evidence it’s happened with the new virus in the U.S., where health officials are checking contacts of the sick. And epidemics are driven by the openly sick, said Dr. Anthony Fauci, infectious disease chief of the National Institutes of Health.
Still, the Centers for Disease Control and Prevention wants to send its own scientists to visit China for a first-hand look try to answer those questions. On Tuesday, the World Health Organization said it hopes to send in international experts soon.
Without a vaccine or treatments, the world is depending on tried-and-true public health steps to tamp down the outbreak — finding the infected early and isolating them to stem the spread.
In the U.S., the CDC is beefing up its checks of incoming travelers. It already had been screening for illness among passengers arriving from the epicenter of China’s outbreak at five U.S. airports. But people who’ve visited other parts of China still may be arriving, with stops in other places first. Now, CDC is sending extra staff to other “quarantine stations” to screen arrivals at a total of 18 airports around the country and at two border crossings, in El Paso, Texas, and San Diego. In this Thursday, Jan. 23, 2020 photo, Robin Addison, a nurse at Providence Regional Medical Center in Everett, Wash., demonstrates how she wears a respirator helmet with a face shield. It is similar to the one she used when she helped treat a man, currently in isolation at the hospital, who is believed to be the first person in the U.S. to have contacted a dangerous new virus that originated in China. (AP Photo/Ted S. Warren)

Azar Said He Has Directed $105 Million to Fight the Outbreak

The State Department has also chartered a plane to evacuate diplomats from the U.S. Consulate in Wuhan, the city where the outbreak started, and some other Americans.