Israel's Netanyahu Shores up Base but Obstacles Remain 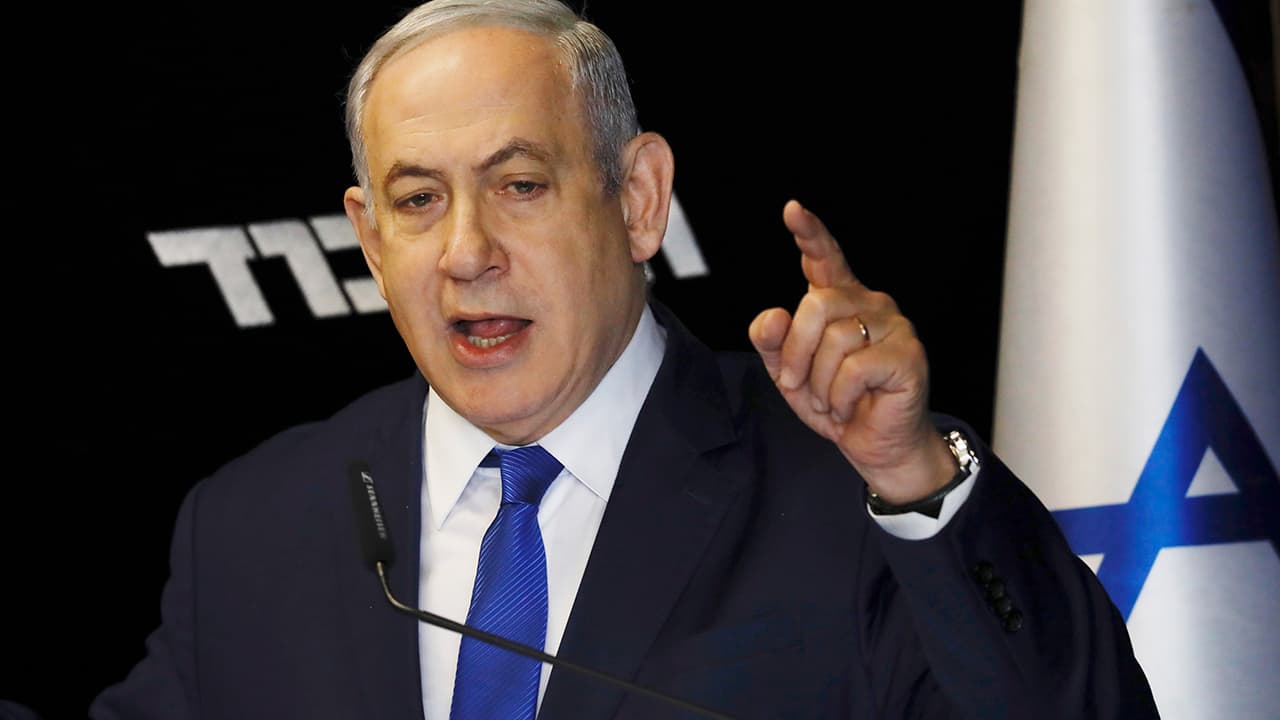 JERUSALEM — Israeli Prime Minister Benjamin Netanyahu shored up his base with a landslide primary victory announced early Friday, but he will need a big win in national elections in March if he hopes to stay in office and gain immunity from prosecution on corruption charges.

Only around half the party’s 116,000 registered members turned out to vote, in part because of stormy weather. They represent the most faithful members of a party defined by fierce loyalty, which has only had four leaders since it was founded in the 1970s.
Netanyahu faces a much greater challenge in March — the third vote in less than a year — after failing to form a government in the last two elections, held in April and September.
This time around the stakes are much higher. Netanyahu was indicted last month on serious charges of bribery, fraud and breach of trust. His best hope of escaping prosecution is to gain a 61-seat majority in parliament that is willing to grant him immunity.

Polls Indicate the March Vote Would Produce a Similar Outcome

“A candidate for prime minister who is under indictment and requests immunity for himself is something we’ve never had,” Yossi Verter wrote in the Haaretz newspaper. “It’s hard to see how he, with all his sophisticated campaigning abilities, can make this situation work in his favor.”
The September vote left Netanyahu’s Likud in a virtual tie with the centrist Blue and White party led by former army chief of staff Benny Gantz. Neither was able to form a majority with their natural allies, and they were unable to form a national unity government in part because Blue and White refused to accept an indicted prime minister.
Polls indicate the March vote would produce a similar outcome, rounding out more than a year of uncertainty in which Netanyahu has led a caretaker government.
“It appears that the defendant Netanyahu, who is leading the State of Israel down a path of corruption, will continue to lead Likud,” Gantz said in a statement. “Blue and White must achieve a decisive outcome that will extricate us from both political deadlock and a path of corruption.”
The Supreme Court is meanwhile set to meet next week to consider whether an indicted member of parliament is eligible to become prime minister. It’s unclear when a ruling would be handed down, but if the court finds Netanyahu ineligible it could precipitate a constitutional crisis.
Reuven Hazan, a political science professor at the Hebrew University of Jerusalem, said the court is likely to defer any ruling, potentially even until after the elections.

The victory could give Netanyahu another opportunity to form a government after March elections. (AP)

“They understand that if he wins big tonight and they turn around and say he cannot be prime minister, then although they’ve done their job, which is to make the right legal decision, that they will be in political turmoil that could rip the elections apart,” Hazan said Thursday, before the primary results were announced.


“They understand that if he wins big tonight and they turn around and say he cannot be prime minister, then although they’ve done their job, which is to make the right legal decision, that they will be in political turmoil that could rip the elections apart.” — Reuven Hazan, a political science professor at the Hebrew University of Jerusalem
Netanyahu is already Israel’s longest-serving prime minister and has cultivated the image of a veteran statesman with close personal ties to President Donald Trump, Russian President Vladimir Putin and other world leaders.
His refusal over the last decade to make any concessions to the Palestinians was rewarded after Trump took office, as the U.S. began openly siding with Israel on several key issues.
Netanyahu’s hard-line stance on Iran has also proved popular. He was a staunch opponent of the 2015 Iran nuclear deal, which has unraveled since Trump withdrew from the agreement. A wave of Israeli strikes on Iran-linked targets in Syria, Lebanon and Iraq in recent years has burnished Netanyahu’s claims to having protected Israel from its enemies.
His fortunes have nevertheless waned over the past year. His party came in second place in September’s elections, and two months later he was indicted on allegations of trading legislative and regulatory favors for lavish gifts and favorable media coverage.
Netanyahu has dismissed the indictment as an “attempted coup” by hostile media and law enforcement and has vowed to battle the charges from the prime minister’s office.

Netanyahu Shifted Away From the Divisiveness of His Previous Campaigns

The political uncertainty has led the Trump administration to delay the release of its long-anticipated Mideast peace plan.
The Palestinians have already rejected the plan, saying the administration is marching in lockstep with Israel’s right-wing government. They point to Trump’s decision to recognize Jerusalem as Israel’s capital, to cut off virtually all aid to the Palestinians and to reverse longstanding opposition to Jewish settlements in annexed east Jerusalem and the West Bank, which Israel captured in the 1967 war.
Netanyahu has meanwhile said that Israel is on the cusp of securing U.S. support for the annexation of large parts of the occupied West Bank — but only if he remains in power.
That would all but extinguish the Palestinians’ hope of one day establishing an independent state while cementing Netanyahu’s legacy as a transformative leader.
In recent weeks, Netanyahu shifted away from the divisiveness of his previous campaigns and appeared rejuvenated as he met face-to-face with Likud supporters during a packed schedule of public events. He has long been seen as a political magician, and the new approach could allow him to pull off yet another comeback.
“One might say that Netanyahu seems reinvigorated and rejuvenated both for the election fight in March and the struggle against those corruption charges. Except that, in essence, they are two sides of the same coin,” David Horovitz, the founding editor of the Times of Israel, wrote. “If he wins in March, he may have the political power to fend off those court cases as well with an immunity bid. If he loses, of course, even Likud may not again be so forgiving.”

New Russian Weapon Can Travel 27 Times the Speed of Sound