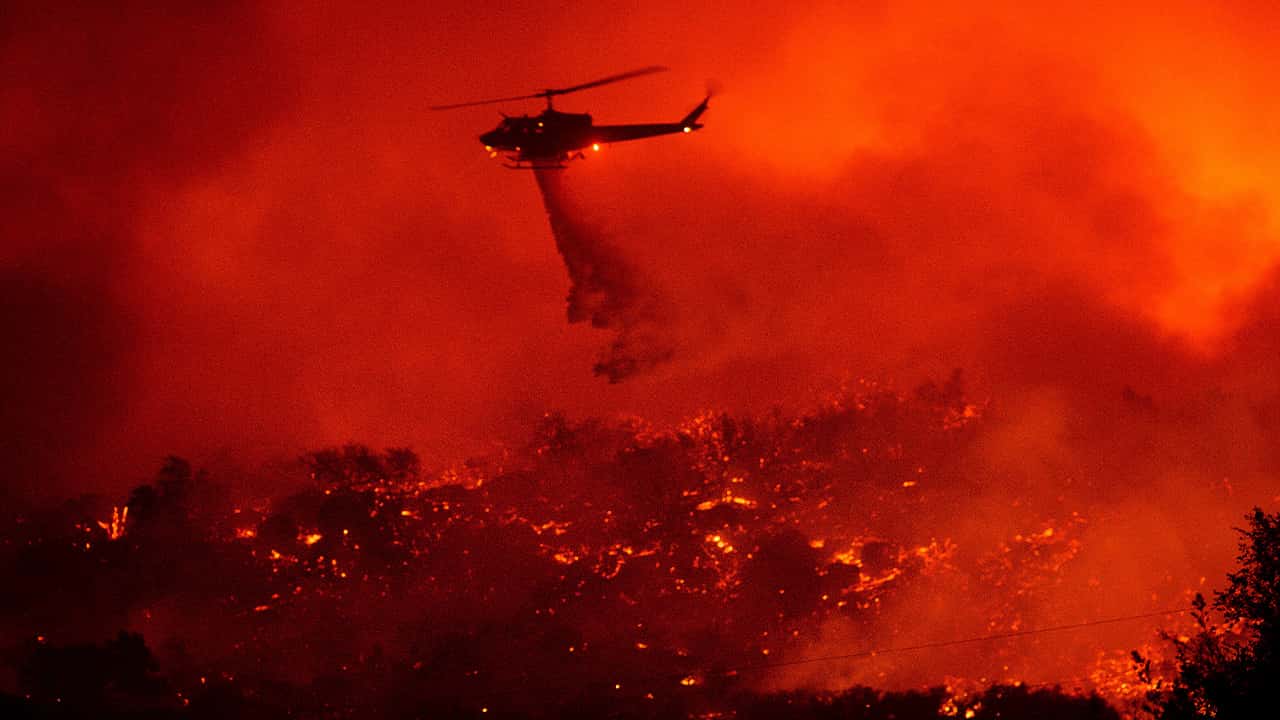 GOLETA — A wildfire burning Tuesday on Southern California mountains north of Santa Barbara forced as many as 6,300 people from their homes, but an approaching storm offered hope that the flames would be doused, authorities said. A 1990 wildfire in the same area destroyed more than 400 homes.
Firefighters were told during a morning briefing that the area had not received any rain in 180 days and vegetation was ready to burn, as was demonstrated by the fire’s exponential growth in its early hours.
The firefighters were cautioned that roads into the rugged area may be too narrow for their engines, and that many residents had not left.
The arrival of an expected low pressure system and its accompanying rain also posed hazards ranging from shifting winds to debris flows from steep mountainsides, the firefighters were told.

As much as an inch of rain was expected in the area, and crews were warned to not drive across flowing water.
The dangers of the cycle of fire and flood is a raw memory in the region.
In January 2018, a downpour on recently burned slopes just east of Santa Barbara unleashed massive debris flows that devastated the community of Montecito, destroying homes and killing 23 people.

Which Turkey Will Trump Pardon? Will It Be Bread or Butter?