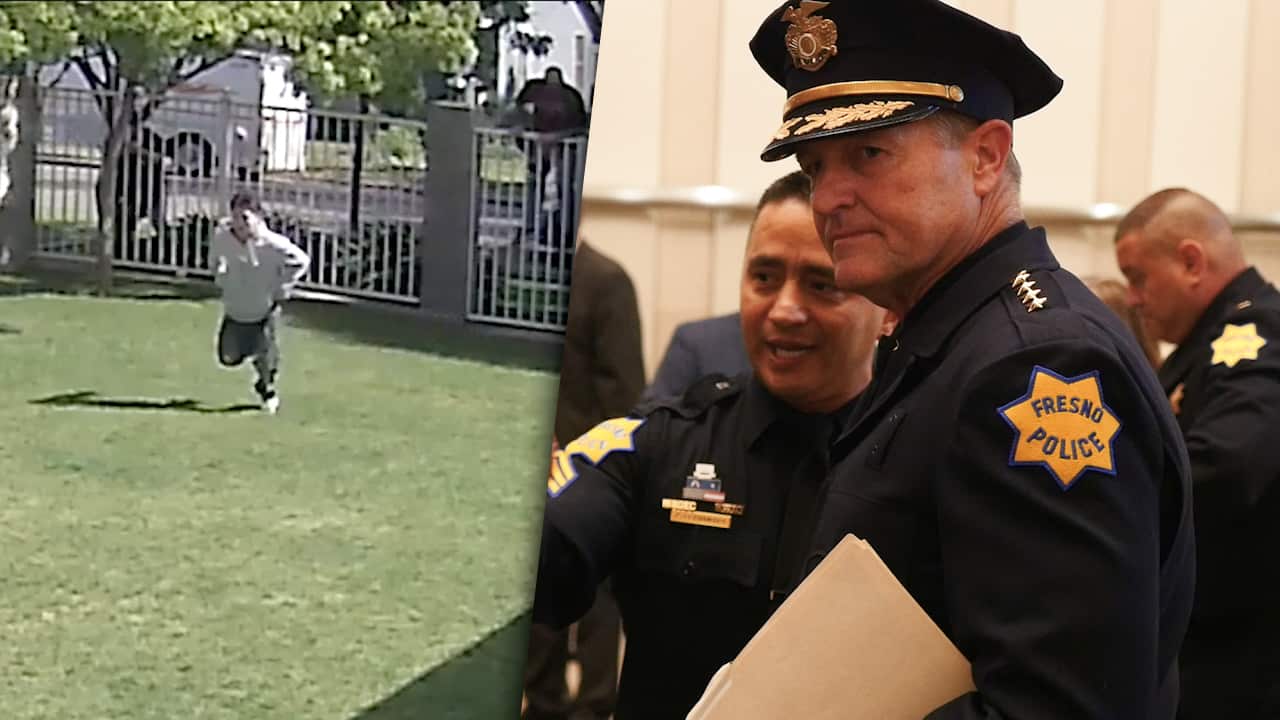 Fresno Police Chief Andy Hall says he is open to a federal investigation into a 2017 shooting death of a homicide suspect — and his department as a whole.
“We want to be as transparent as possible. And, if the FBI or the Department of Justice wants to look into the case, we’ll provide all of our information to whatever agency wants to look into it. We’re going to be as transparent as possible to the public, as well as any other agency,” Hall said in an interview with GV Wire.

Listen to this article:
The department came under renewed scrutiny last week when a video surfaced of the shooting death of 16-year old Isiah Murrietta-Golding. His mother and father filed a consolidated federal wrongful-death lawsuit scheduled to be heard next year.
According to the lawsuit, Murrietta-Golding was stopped by police because he was a suspect in the homicide of Eugenio “Henie” Ybarra the day before. Murrietta-Golding fled the scene, ran into the yard of a closed daycare center, and was shot by police. He died three days later.

On Monday, activist group Fresno Stolen Lives held a protest at the downtown Fresno federal courthouse and urged U.S. Attorney McGregor Scott to conduct a civil rights investigation of the department. The group said there have been 92 officer-involved killings since 1997.
“I’m not running away from anything in our past,” said Hall who succeeded Jerry Dyer as police chief on Oct. 16. “I think all of that information is available and we’ve been very forward in putting out all of our data. So, if any agency wanted to review it, including the (groups) that actually participated in the (protest) who have this data, they’re welcome to it. You know, I  believe that police departments and all government agencies should be as transparent as possible to the public.”
Hall said that of the nearly 500,000 calls for police service in the last year, only a few hundred resulted in the use of force such as firing lethal or less-than-lethal rounds, deploying a Taser, or using a control hold such as a wrist lock.
“When you look at the number of contacts that we have, and the number of times that we are required to use force — it’s very, very small,” Hall said.

Hall Believes in His Officers

“We want to be as transparent as possible. And, if the FBI or the Department of Justice wants to look into the case, we’ll provide all of our information to whatever agency wants to look into it.” — Fresno Police Chief Andy Hall
Hall said that he stands by the quality of his officers.
“I think they would find that we provide first-rate training to our officers,” Hall said. “We work on mental illness prevention as well as diffusing situations. We’re continually training our officers on deescalating the situation.”
Hall said that his department has had its fewest officer-involved shootings in 2019 than at any time in the last 20 years.
“I think that speaks well, not only to our training but to the equipment that we provide them, as well as the review process,” Hall said.
The police chief also cited the role of the city’s independent police auditor, former FBI agent John A. Gliatta, in providing recommendations to help improve the organization.

The Variables of Police Chases

There has been community criticism since the release of the Murrietta-Golding video about how officers chase a fleeing suspect. While not addressing that specific case, Hall talked about proper chase procedures.

Why Not Just Shoot Suspects in the Legs?

Whenever there is a police shooting, people often raise this question: Why not shoot suspects in the legs or arms to subdue them? That response came on social media after the Murrietta-Golding video release.
Hall explained that shooting at arms or legs is more of a Hollywood construct than a policing reality.
“Well, people who haven’t fired a weapon, I don’t think completely realize how difficult it is to hit a small target, especially in a stressful situation when you’re under stress and things are moving very rapidly,” he said.
“We train our officers to shoot — when they do have to shoot — for the center of the body, which is called the center mass of the body, to reduce the likelihood of missing. I don’t know of any agencies that train to shoot at an extremity. Now, there could be a situation where it was very stable and maybe you could do that. But it’s not trained.”