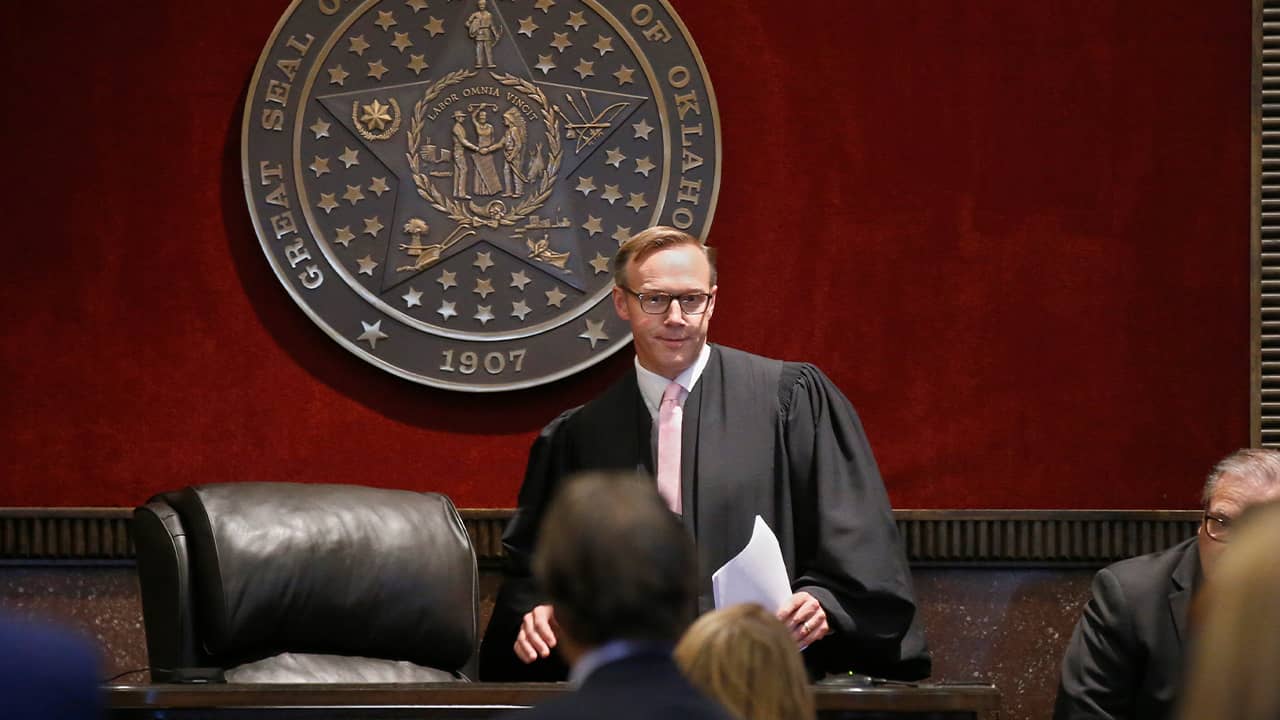 NORMAN, Okla. — An Oklahoma judge on Monday found Johnson & Johnson and its subsidiaries helped fuel the state’s opioid crisis and ordered the consumer products giant to pay $572 million, more than twice the amount another drug manufacturer agreed to pay in a settlement.

Oklahoma argued the companies and their subsidiaries created a public nuisance by launching an aggressive and misleading marketing campaign that overstated how effective the drugs were for treating chronic pain and understated the risk of addiction. Oklahoma Attorney General Mike Hunter says opioid overdoses killed 4,653 people in the state from 2007 to 2017.

Oklahoma Pursued the Case Under the State’s Public Nuisance Statute

Hunter called Johnson & Johnson a “kingpin” company that was motivated by greed. He specifically pointed to two former Johnson & Johnson subsidiaries, Noramco and Tasmanian Alkaloids, which produced much of the raw opium used by other manufacturers to produce the drugs.
On Monday, Hunter said the Oklahoma case could provide a “road map” for other states to follow in holding drugmakers responsible for the opioid crisis.
“That’s the message to other states: We did it in Oklahoma. You can do it elsewhere,” Hunter said. “Johnson & Johnson will finally be held accountable for thousands of deaths and addictions caused by their activities.”

Among those seated in the courtroom on Monday were Craig and Gail Box, whose son Austin was a 22-year-old standout linebacker for the Oklahoma Sooners when he died of a prescription drug overdose in 2011.
One of the attorneys for the state, Reggie Whitten, said he also lost a son to opioid abuse.
“I feel like my boy is looking down,” Whitten said after the judge’s ruling, his voice cracking with emotion.
Oklahoma pursued the case under the state’s public nuisance statute and presented the judge with a plan to abate the crisis that would cost between $12.6 billion for 20 years and $17.5 billion over 30 years. Attorneys for Johnson & Johnson have said that estimate is wildly inflated. The judge’s award would cover the costs of one year of the state’s abatement plan, funding things like opioid use prevention and addiction treatment.

Sympathy for Those Who Suffer From Substance Abuse

Attorneys for the company have maintained they were part of a lawful and heavily regulated industry subject to strict federal oversight, including the U.S. Drug Enforcement Agency and the Food and Drug Administration, during every step of the supply chain. Lawyers for the company said the judgment was a misapplication of public nuisance law.