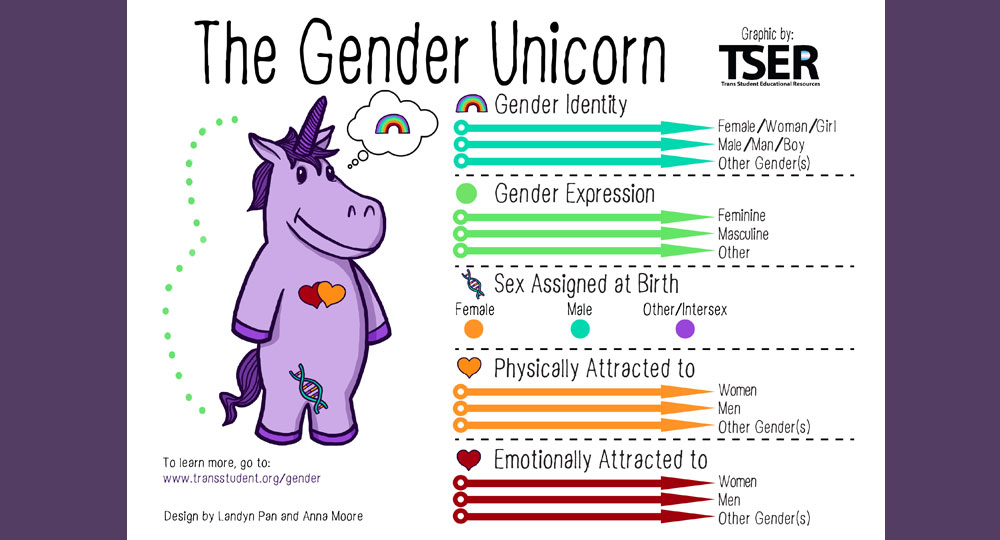 A principal at a Stanislaus County middle school told a teacher on the first day of classes to stop handing out a one-page, illustrated explanation of gender identity called The Gender Unicorn.
The Modesto Bee reported that the principal at Denair Middle School happened upon the science class as the teacher was distributing the paper. The teacher uses “Mx.” as a courtesy title and wanted to use the illustration to explain why, Denair Unified’s superintendent told The Bee in an email.
The superintendent said gender identity is covered in the school’s sexual health curriculum, but that the instruction should take place during health classes, not in a science class. The superintendent declined to say whether the teacher faced disciplinary action.
Read the full story here.