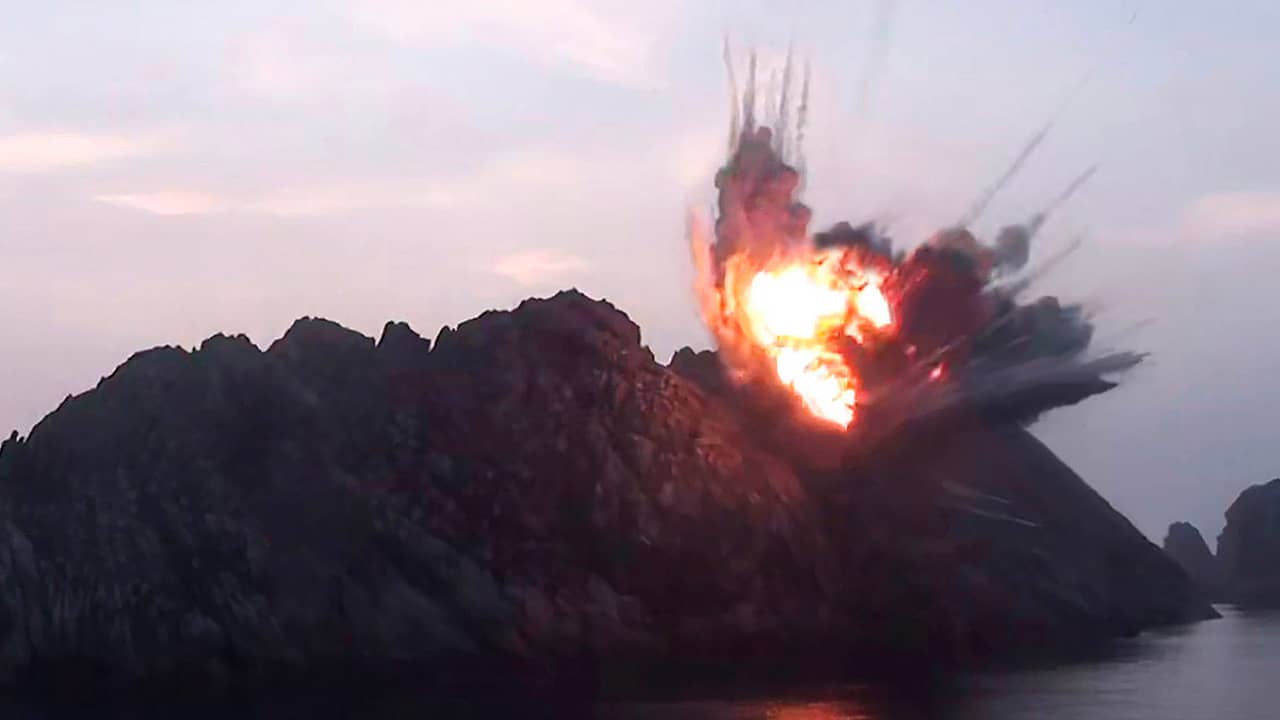 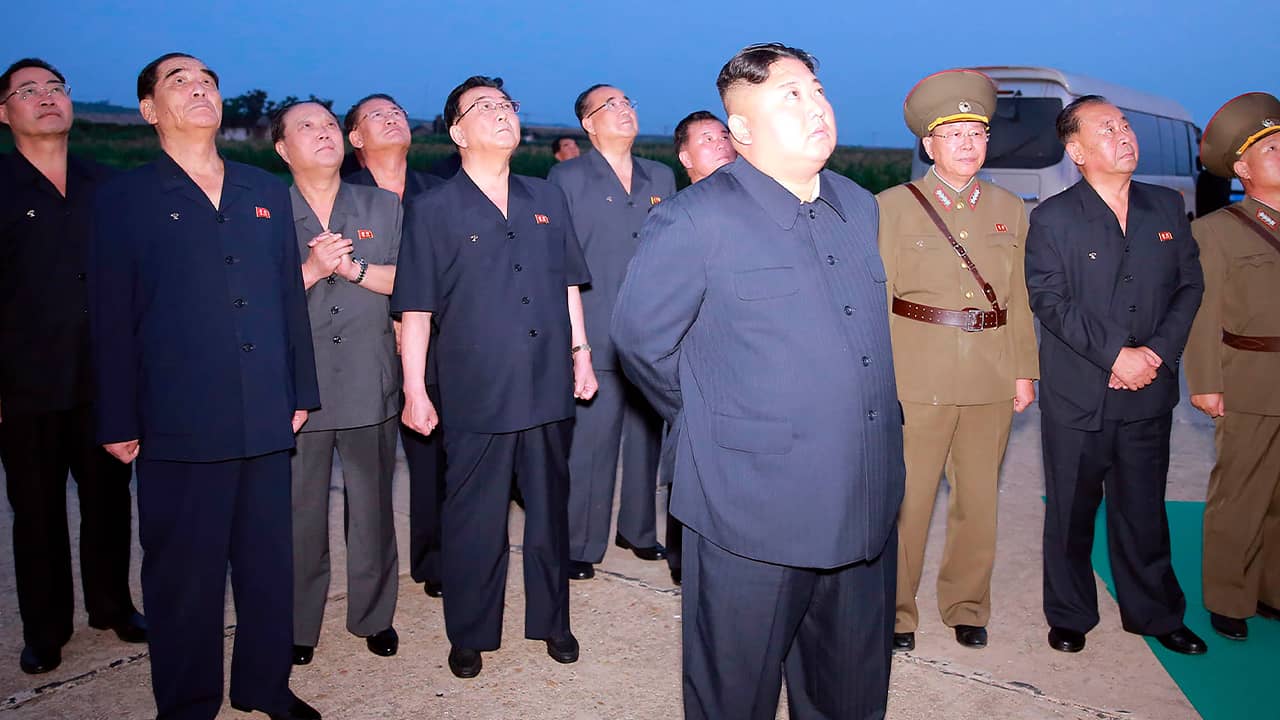 In a photo provided by the North Korean government, leader Kim Jong Un, center, visits an airfield in the western area of North Korea to watch its weapons demonstrations. (AP)Pyongyang’s official Rodong Sinmun also published photos showing what appeared to be a missile soaring from a launcher installed on a vehicle and Kim smiling and celebrating with military officials.
KCNA’s report came a day after South Korea’s military said it detected two early morning launches that were likely ballistic missiles.