Update, 6/05/19, 5:10 p.m.: The city reports that the splash pad at Todd Beamer Park is up and running.
Says city spokesman Mark Standriff: “Todd Beamer splash pad is now running, thanks to an industrious staff member who salvaged parts from another pump to repair the broken one. We’ll replace it when the new pump arrives in 2 weeks.”
Original story:
With temperatures turning to the triple digits, nearly half of Fresno’s seven splash parks are out of commission.
Only four of the splash pads are operational. As schools end the year and the mercury rises, parents and city councilmembers wonder when the water wonder-ways will return to normal.
The parks are open seven days a week. For now, the hours are 12 p.m. through 6 p.m. Beginning June 8, the hours expand from 10 a.m. to 8 p.m. through Aug. 11.

A Hot Day at Todd Beamer 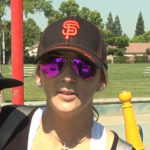 Electrical issues shuttered Inspiration Park in west Fresno and the Mosqueda Center in the southeast part of town. There is no timeline for those to return to operation, according to city spokesman Mark Standriff.
Meanwhile, councilwoman Esmeralda Soria — just like Bredefeld — says the quicker repairs are made, the better for families.
“(The parks department) is working on getting the splash pads back online as fast as they can. As far as Inspiration Park, the vendor has to do the maintenance because of warranty provisions,” said Soria, whose district includes Inspiration Park.
The good news is, the splash pad at Fig Garden Loop Park, in northwest Fresno, is working again after being closed Sunday.

Key: green open; red closed
Families looking to cool off can do so at these four parks where the splash pads are up and running: 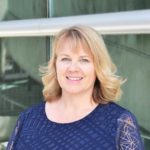 At Monday’s city budget hearings, Soria pointed a finger at the parks department’s turnover in leadership.
“I’ve been very frustrated that this department … the instability of leadership impacts the delivery of services,” Soria said. “I’m concerned that we’ll continue this vicious circle.”
T.J. Miller is the interim parks director. She was tapped after Parvin Neloms Jr. left for unexplained reasons in March. City manager Wilma Quan said that Miller will likely serve until early 2020, allowing a national search for Neloms’ successor.

That's a Fumble, Mr. Brady: Seaver is the Only Tom Terrific