In a 3-1 vote, the Fresno County Board of Education appointed Daren Miller on Wednesday night to fill a vacancy left by Nelson Esparza, who won a seat on the Fresno City Council last year. 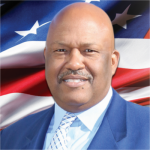 “I have been doing this for the last 30 years as an actual practitioner on a day-to-day basis and now I am able to do it as an elected official. It feels great, I am looking forward to the work.” — Daren Miller, Fresno County Board of Education Area 3 trustee

“I have been doing this for the last 30 years as an actual practitioner on a day-to-day basis and now I am able to do it as an appointed official,” Miller said. “It feels great, I am looking forward to the work.”

Miller, an educator in Madera Unified, beat out candidates Robert Fuentes, Va Her, and Barbara Thomas for the Area 3 appointment. Miller’s term expires in December 2020.

All candidates were interviewed during the board’s special meeting at the Fresno County Superintendent of Schools office.

Trustee Mike Robinson said that he favored Thomas because of her previous experience on the board and her knowledge of county educational issues. Thomas held the seat until being defeated by Esparza in 2016.

Yovino: Miller Is a Good Fit

Superintendent Jim Yovino said he is excited to work with Miller.

“He has been a long-standing member of this community and supports a lot of the efforts that we are doing in this office,” Yovino said. “He will fit in really well.”

Clyde, the board president, said he was impressed with Miller’s background and his multiple years of service in public schools.

“It was a good cross-section of folks, and the process worked out perfect in the sense that I think the best person was nominated to fill the remainder of this term,” Clyde said.

Miller ran to represent District Three on the Fresno City Council last year but narrowly failed to make it out of the primary. He then sought the District 5 seat on the State Center Community College District board — a race won by Annalisa Perea.

His appointment to the board of education ends in December 2020.

“I have a very quick learning curve to be able to get up to speed to what my four colleagues and Superintendent Yovino have going on right now,” Miller said. “It is going to be a rapid pace, but the good thing about it is that I work well under pressure.”