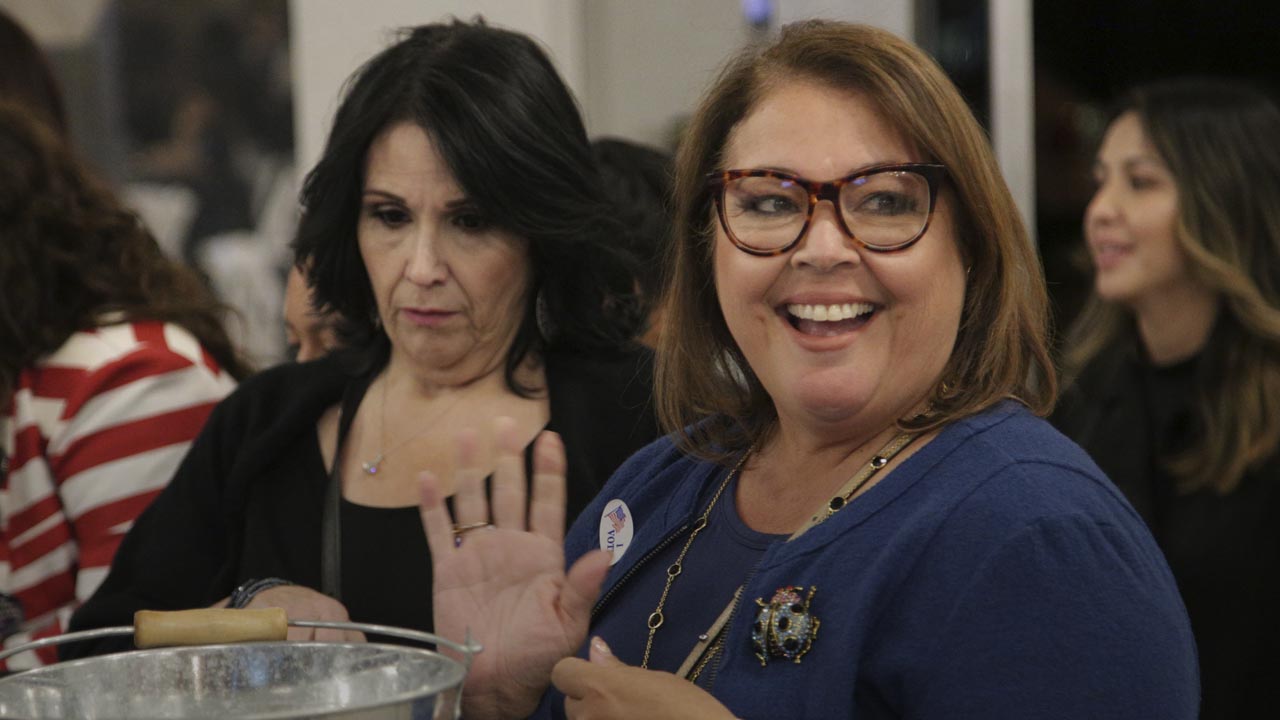 With 100% precincts reporting, Islas garnered 59% of the vote.

De La Cerda, a retired school educator, was seeking his second full term on the school board. The race was for one of four trustee seats in play this election cycle.

In the weeks leading up to Election Day, De La Cerda caused a stir in the race by claiming the California Teachers Association and SEIU had endorsed him.

In fact, CTA did not endorse any candidate in the race and SEIU endorsed Islas. De La Cerda said he misspoke.

“It feels so wonderful,” Thomas said. “I am humbled and excited and can’t wait to go to work for my kids.”

“I am humbled and excited and can’t wait to go to work for my kids.”— Keshia Thomas, newly-elected Area 1 trustee

Thomas finished with a comfortable lead over Fuentes, winning 58 percent of the votes. Fuentes received 42 percent.

Thomas will replace Lindsay Cal Johnson, who decided not to run for re-election. Johnson served on the board for 12 years.

Incumbent Valerie Davis defended her seat in the Area 3 race to continue representing the Sunnyside region.

She faced competition from two challengers – Mark Ratchford and Karl Diaz. Davis finished off Tuesday night with 46 percent of the votes.

Diaz had 35 percent and Ratchford 19 percent. 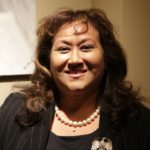 “I am looking forward to the work ahead with laser focus.” — Valerie Davis, Area 3 Incumbent

Davis said her win reflects the work she has done as a board member for the past 12 years.

“I am grateful to do the work again for our students,” Davis said.

“We are enjoying the moment.” — Terry Slatic, newly-elected Area 7 trustee

He beat out three other candidates — Nasreen Johnson, Amanda Karabian and Terri Edwards – to represent the Bullard High region. He replaces Brooke Ashjian, who did not seek re-election.

Slatic claimed 36% of the vote Tuesday night. Johnson finished with 28% of the vote, Edwards with 24% and Karabian with 12%.

“We are enjoying the moment,” said Slatic at his campaign party at The Lime Lite in Fresno.

Slatic said he plans to hit the ground running.

Bengel Budd has been a trustee since 1993.

Some issues affecting Area 1 include expanding classroom offerings and improving communication within the district.

Hatmaker said she will work to address those problems and more by keeping a close ear in the community.

Tiffany Madsen beat Albert Zuniga to replace Jim Volkinburg, who is not seeking re-election. He has served since 1993.

A total of three seats were up for grabs this election cycle.

Betsy Sandoval, who served on the board for 36 years in two different stings, ran unopposed in Area 6.

Two of the three Central Unified trustees who voted to oust popular superintendent Mark Sutton, were ousted themselves.

Central Unified School Board Area 1 and 2 Incumbents Cesar Granda and Ruben Coronado both lost their bid for re-election Tuesday night.

Meanwhile, Rama Dawar has a slim lead, pending the counting of mail-in ballots.

Improving student safety and planning for growth are Paul’s top issues for Area 1.

Carefully managing the district’s budget and working as a team are her main priorities as board member.

Dawar leads Naindeep Singh Chann  by just 20 votes. It is too close to call with a yet-to-be determined amount of mail-in and provisional ballots to be counted.

Atkins, a manager at Leisle Electric Inc. in Fresno, said increasing academic performance in the district as well as career technical programs are his top goals.

Magdalena Gomez is poised for an upset over two-term trustee Ronald Nishinaka. With all precincts reporting in Fresno and Tulare counties, Gomez leads by 230 votes for the Area 4 seat.

In the Area 5 seat, Annalisa Perea becomes the third member of her family to win elected office.

Annalisa defeated Daren Miller and Teri Orantes for the seat vacated by Miguel Arias (who won election to Fresno city council) taking 51% of the vote. Miller finished with 43% and Orantes, who did not actively campaign, won 6%.

Kimberly Tapscott-Munson will join the Fresno County Office of Education school board, winning 34% of the vote in a four-person race.

Tapscott-Munson ran in the pirmary for Fresno city council but did not qualify for the runoff. She will replace Ismael Herrera, who opted to run for a Kerman city council seat and won unopposed.