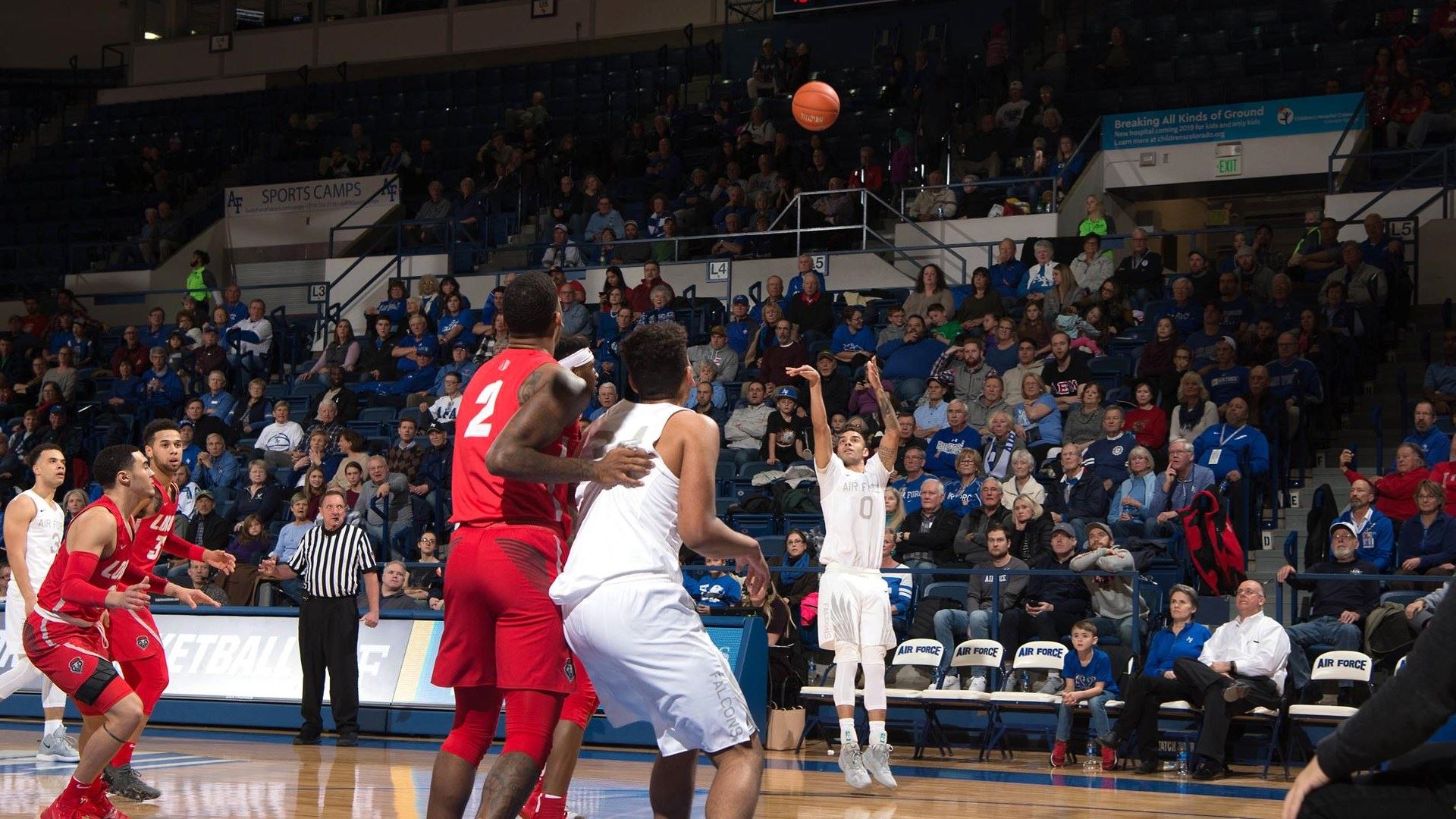 The Air Force Academy hadn’t won a men’s basketball game in Fresno since Bill Clinton’s first term in the White House.
The Falcons had lost nine straight times in Fresno and came into the Save Mart Center on a two-game losing skid and with a 10-15 record.
But Caleb Morris hit five 3-pointers and finished with 17 points, including 14 in the second half, to help Air Force hold off Fresno State for a 64-61 win Wednesday night.

Yes, it was a crazy night in college basketball.
With President Barack Obama and filmmaker Spike Lee in attendance, Duke freshman sensation Zion Williamson’s Nike shoe exploded 30 seconds into the game against North Carolina and he hobbled off the court with a sprained knee.
In the Mountain West, San Diego State shut down Jordan Carolina and knocked off sixth-ranked Nevada, 65-57, beating the Wolf Pack for the third straight time.
And the Bulldogs were denied their 20th victory of the season even though senior guard Deshon Taylor scored 14 points in the final 2 minutes, 6 seconds of the game.
Wait, there’s more.

The Falcons (11-15, 6-8 ) prevailed for the first time in Fresno since 1995 despite missing 11 of 19 free throws.
Chris Joyce hit a 3-pointer to spark an 18-5 run, during which Morris hit four from behind the arc, that gave Air Force a 45-30 lead midway through the second half. Fresno State then hit five 3s in about 3 ½ minutes to trim its deficit to 58-55 with 30 seconds remaining. Taylor hit two foul shots to make it a one-point game with seven seconds to go but the Falcons held on.
Each team had a stretch of nine consecutive missed shots in the first half. The Bulldogs, who shot 35.1 percent (20 of 57) from the field, hit 11 of their last 19 shots.
Taylor had 23 points to lead Fresno State (19-7, 10-4). The Bulldogs had their three-game win streak snapped and fell to third place in the Mountain West.

Hutson: We Took ‘Awful Shots’ in First Half

“We had our worst offensive half, 20 points in the first half and 11 turnovers and that’s not even counting the awful shots that we took in the first half, and held them to 23,” Fresno State coach Justin Hutson said. That’s a team that has scored 106 in a game. I was excited about our energy. I didn’t like our offense.”
The Bulldogs’ attention now turns to conference-leading Nevada (24-2, 11-2), which it plays Saturday in Reno.
Hutson provided this scouting report:
“It will be a different game. Nevada is big and strong and they’ll switch, so they’ll make you play one-on-one. Air Force didn’t make us play one-on-one tonight, we played one-on-one on our own.”