Letter Perfect: Why P is for Parks and Z is for Zoos 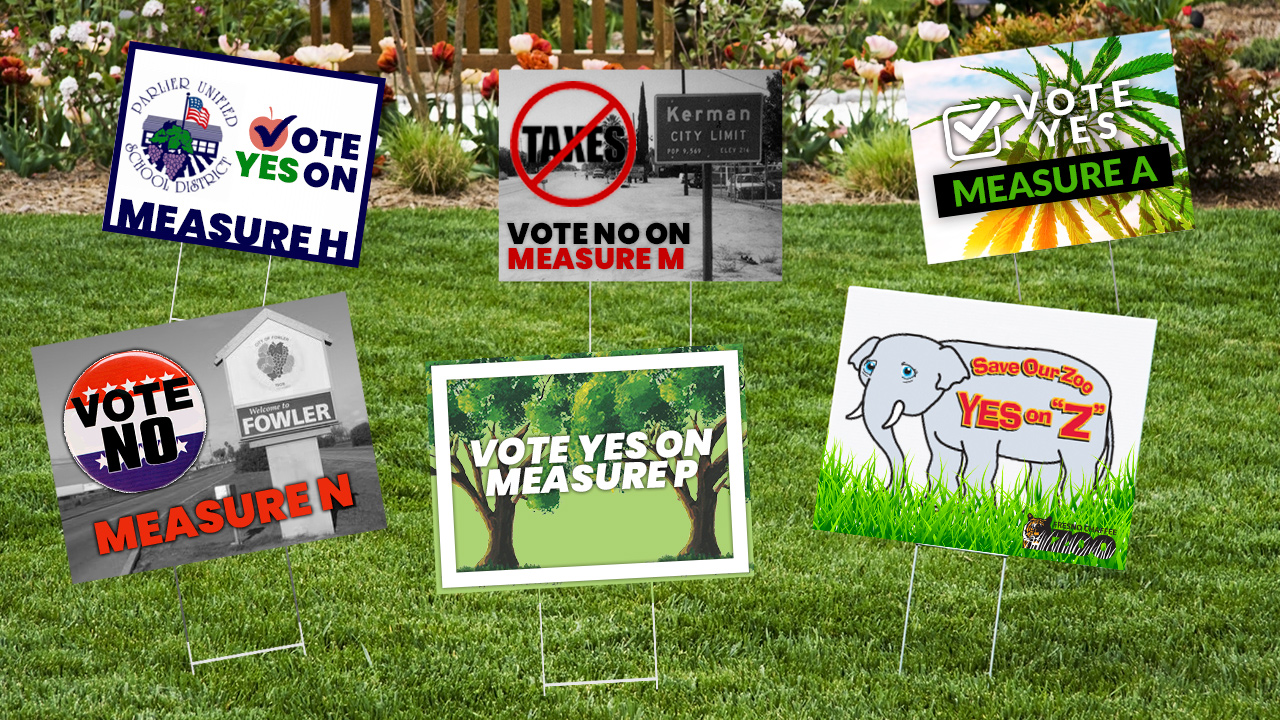 Is it a coincidence when a local ballot measure is assigned the perfect letter to entice voter support?
In Tulare County, that may be the case.

There, voters will be asked to form the Yettem-Seville Community Services District. The ballot designation? Measure Y.
The Yettem-Seville measure is asking voters to create a local water management district of two small communities with a history of water contamination. The county took over the private firm that once served Seveill’s needs.
State election law requires that state measures use numbers, local measures use letters, starting with ‘A’ and go in alphabetical order. It allows clerks to skip a letter to avoid voter confusion with a letter used in previous elections or a letter used in a neighboring county.
But not all election officials follow that path.
Some, like Madera County, do not reset to ‘A’ every election. They follow the last letter from the previous election.
In November, Madera Unified’s bond measure is designated as Measure M. That follows Measure L from the March 2017 ballot.

P is for Parks

Is it a coincidence that Measure P in Fresno is about the parks tax? The tax’s main advocate, Fresno for Parks, is already playing off the letter designation:

P is for Parks. P is for Public Spaces. P is for Playgrounds. P is for Programs. P is for Positive Change. P is for being Proud of your City. We’ve been assigned our Measure letter, and it couldn’t be more Perfect. Vote YES on Measure P this November! pic.twitter.com/7uiOBqjizh

Fresno County Clerk Brandi Orth said she followed state law in assigning letters. Her office received 15 measures from around the county. However, none of the items are county-wide — they are all city or school district measures.
City of Fresno voters have four measures to decide upon:

A — Allowing the city to establish a business license tax on the cannabis industry (which the city council has yet to establish rules).

O — Cleanup language to remove items from the city charter that have been overturned by a court or law.

P — The Clean and Safe Neighborhood Parks Tax, which seeks to raise the city sales tax by 3/8 of a cent for parks and other programs

Q — Requiring the city council to balance the budget

Orth points to two parts of the state’s election code, 13109(n) and 13116, designating the order of the ballot, and how to use the letter designation.
She also said that within the county, letters are assigned in the order they were filed at her office. The city of Fresno filed Measure A on June 26; and filed measures O, P, and Q on Aug. 10, the last day to get on the ballot.
It should be noted that Orth skipped the letters ‘F’ and ‘I’. She notes that F is generally skipped because it is associated with the word “fail.” Many (but not all) counties skip ‘I’ because it looks too much like the number ‘1.’
It should also be noted that in 2014, a renewal of the bond for Fresno Chaffee Zoo had the Measure Z designation. Orth skipped plenty of letters to make that happen.