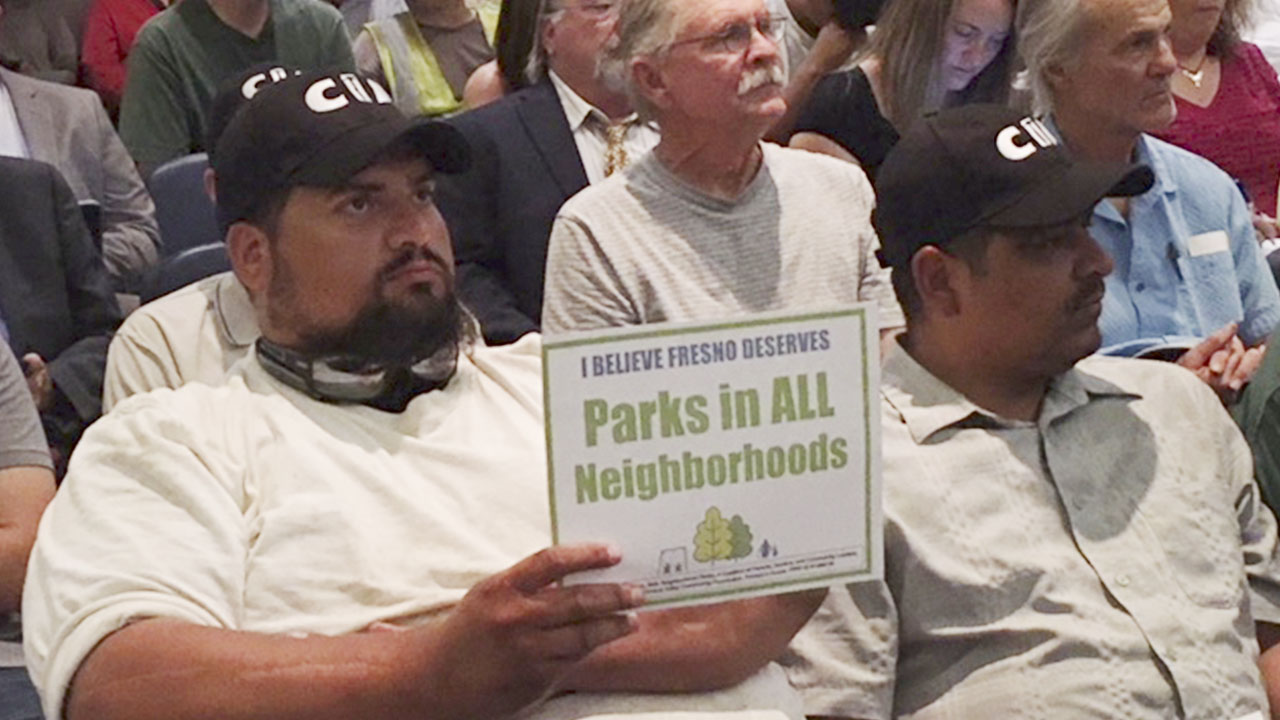 And now the next challenge begins.
After months of fundraising, signature gathering and verifying by Fresno for Parks, voters will have the opportunity to vote on a sales tax benefiting parks, trails, and related programs.
In the City Hall lobby, supporters of the sales tax celebrated. Central Valley Community Foundation members mingled with Boys and Men of Color and Building Health Communities.
Thursday (Aug. 9), the Fresno City Council approved placing the measure on the Nov. 6 ballot.
The council voted unanimously, 7-0, removing the drama of any delay tactics that would have pushed the tax measure to a future election.
In nearly 90 minutes of the public hearing, 36 people spoke — all in support of council advancing the measure and the tax itself.
“There was so much energy in the room. There has been so much energy throughout the process,” Elliott Balch, COO of the CVCF said. “It’s not a tough sell. It is something everyone realizes is a need in our community.”
Parks supporters achieved the goal of placing the tax measure on the ballot. Now, they need to convince city voters to tax themselves to the tune of $38 million a year.

The vote received the support of three council conservatives, whose anti-tax stance has been part of their political fabric.
Steve Brandau, Garry Bredefeld, and Clint Olivier all spoke at the meeting applauding the Fresno for Parks organizers. The county election clerk verified 27,623 signatures, 4,000 more than legally required.
“You have moved a mountain by obtaining these signatures,” Olivier said to a round of applause. “Perhaps some of the folks who applauded what I just had to say might believe after I’ve finished talking is a bit premature.”
Olivier told stories of people in his district who even a small amount of money is a big deal. Parks supporters estimate the tax will add $39 per household per year.
“I’m quite convinced it is too much for my neighbors to bear. A sales tax, this tax is a regressive tax. A regressive tax imposes a greater burden on the poor,” Olivier said.
However, the three councilmen then said they don’t support the tax itself. Their split viewpoint drew a mixed reaction from the audience.

November Vote Up Next

Boys and Men of Color’s Sher Moua realizes the challenge of convincing voters to say yes to a  3/8 of a cent sales tax. The tax needs two-thirds voter approval to become law.
“This is an investment in families and our communities and our young people. The money is going back into the community,” Moua said after the vote.
However, there are court cases in California that upon resolution could lower the threshold to a majority vote.
Parks supporters say they are planning a campaign to clear the two-thirds standard. 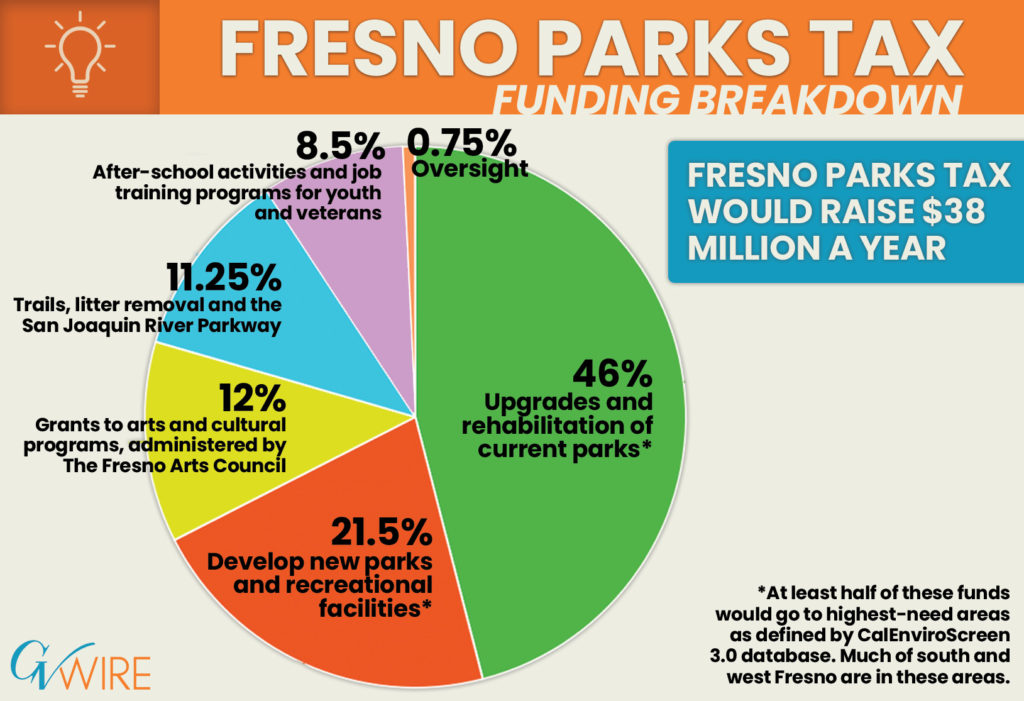