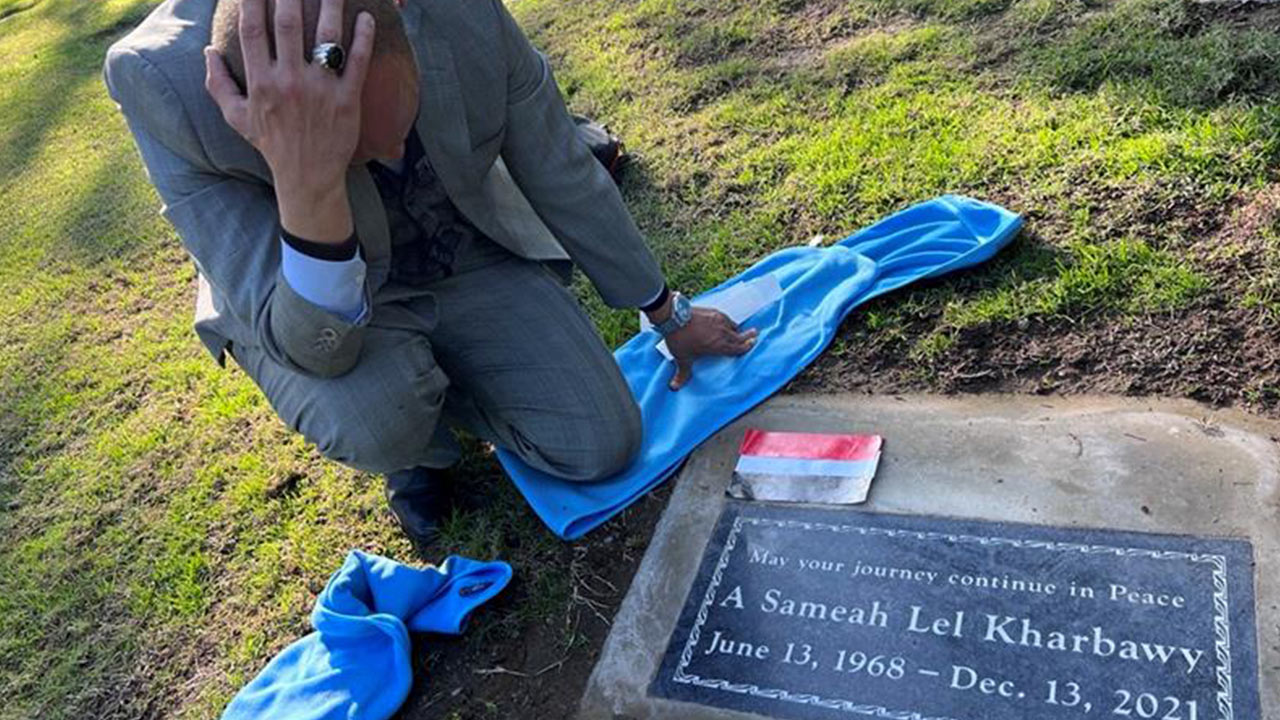 Fresno State Professor A. Sameh El Kharbawy, a prolific scholar who lectured throughout the world, was 53 years old when he died of a heart attack in his Fresno home in December 2021.

But his siblings back in Egypt would not learn of his passing for nearly 10 months. During the interval, strangers decided how and where their brother would be buried, what would happen to his estate, and more importantly, what would happen to the discrimination and harassment lawsuit El Kharbawy had filed against his employers, the California State University Board of Trustees and Fresno State officials.

Strangers were also responsible for El Kharbawy’s misspelled name on his headstone. 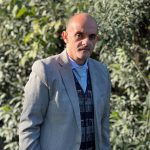 Mohammed Hani Abdelfattah Alkherbawy discovered the misspelling after he traveled more than 7,000 miles last month to visit his brother’s grave on the northern edge of Belmont Memorial Park, next to a green wall that separates the cemetery from the busy traffic on nearby Highway 99.

The misspelling was just the latest injury in a long series of insults and injuries that include the failure on the part of Fresno County officials to reach El Kharbawy’s next of kin after his death, the assignment of overseeing his estate to the county’s Public Administrator, and the decision to settle his brother’s lawsuit against the CSU Board of Trustees and Fresno State officials instead of continuing to litigate it, his brother said.

Settling the case, which officials told Alkherbawy was being done to preserve the estate’s remaining assets, would not have been what his brother would have wanted.

“It’s not about money. They can take the money because the first thing here is … we’re talking about his legacy,” Alkherbawy told GV Wire. “He fought (for) what is right.”

He said he and his sister learned of their brother’s death almost inadvertently when his sister searched the internet and found a tweet from a Fresno State lecturer about his death and the lawsuit, with a link to a news story on the Fresno Spotlight website.

If you have not already done so, please read this article.
Castro has blood on his hands, as do his enablers among the faculty (the ones now shouting the loudest about “justice”).#JusticeForKharbawy@xitllaliloya https://t.co/nMWemCuZp0 https://t.co/6WxaOzYkuG

After the family was unable to reach El Kharbawy around New Year’s Day, his sister Mona had reached out to Fresno State “but never received any assistance,” Alkherbawy stated in a court document.

Family members had called his phone for months, not knowing that El Kharbawy had already been buried without the rituals of his Muslim faith.

Alkherbawy said he doesn’t understand why Fresno County officials didn’t work harder to alert Egyptian authorities about the death of an Egyptian citizen, especially someone as prominent as his brother.

He said he was told that Fresno County staff had made a phone call to the “Egyptian Embassy” and left a message that was not returned. Among El Kharbawy’s effects were several passports listing his name, Alkherbawy said, as well as his own identification card for the American University of Cairo — all of which could have been provided to the Egyptian Consulate of Los Angeles to help locate El Kharbawy’s next of kin.

The Fresno County case file notes indicate that a staffer with the Public Administrator’s Office left a message with the Egyptian Consulate, but the call was never returned, sheriff’-coroner spokesman Tony Botti said.

Why didn’t the Public Administrator’s Office attempt to contact the consulate through other means, such as sending an email or fax, Alkherbawy asks?

“We call and leave a message, then it’s up to them,” Botti said, noting that El Kharbawy’s was not the Public Administrator’s only case.

Even though El Kharbawy’s effects included his brother’s university student ID, “we had no way to know if he (El Kharbawy) had family in Egypt,” Botti said. Some of El Kharbawy’s associates thought they recalled that he might have had family in Paris, but could provide no names, he said.

El Kharbawy, who began teaching at Fresno State in 2006 and was made a tenured full professor in the Department of Art and Design in 2009 — a fast-tracking that is unusual in academia and typically signals a high-achieving individual — apparently had not provided information to the university about his next of kin.

His lawsuit alleged officials had engaged in discrimination, harassment, retaliation, defamation, violated the equal pay act, and intentionally inflicted emotional distress after he spoke out about unlawful hiring practices and reported fraud, corruption, and misconduct by university officials, including fraud involving the reaccreditation of the Interior Design Department.

El Kharbawy was suspended by the university in February 2018 on what his lawsuit said were trumped-up allegations. He was suspended under a clause of the collective bargaining agreement that permits 30-day “temporary” suspensions. His suspension was extended at least 32 times and was in effect when his lawsuit was filed in October 2020.

The lawsuit, originally filed in Los Angeles County Superior Court, was moved to Fresno County Superior Court and was proceeding until his attorney, Andrew Hillier of San Diego, submitted a letter to the court in December 2021 seeking a delay of a Dec. 16 court hearing because of El Kharbawy’s death.

“There is a developing situation that may require a stay of the entire action. I have been informed that authorities believe Dr. El Kharbawy to be deceased. We are awaiting identification from the coroner,” Hillier wrote on Dec. 14, 2021.

The actual date of El Kharbawy’s death is unknown, Botti said. After his landlord and other tenants reported a “foul smell” coming from his apartment, his body was discovered on Dec. 13 in a state of decomposition, he said.

Because county officials were unable to identify and contact El Kharbawy’s next of kin, the county’s Public Administrator was put in charge of his estate.

The Public Administrator, which continued the lawsuit on behalf of El Kharbawy’s estate, used some of his assets to purchase the grave site at Belmont and the grave marker that contains his misspelled name.

However, at least one of El Kharbawy’s passports contains the correct spelling of his name, as does his CSU lawsuit, the Probation Court lawsuit, and Fresno State’s website.

Alkherbawy said the name spellings — he spells his name differently from the spelling his brother used — is about how the Arabic language is translated.

“We’re talking about E-A,” he said. “And in our language, it’s about accent.”

He said when he asked Fresno County officials about having the marker corrected, he was told that he would have to pay for a new marker himself.

“Do you know what goes into my mind? It is all his money,” Alkherbawy said. “We’re not asking for your support right now, because you’re spending from his money on himself.” 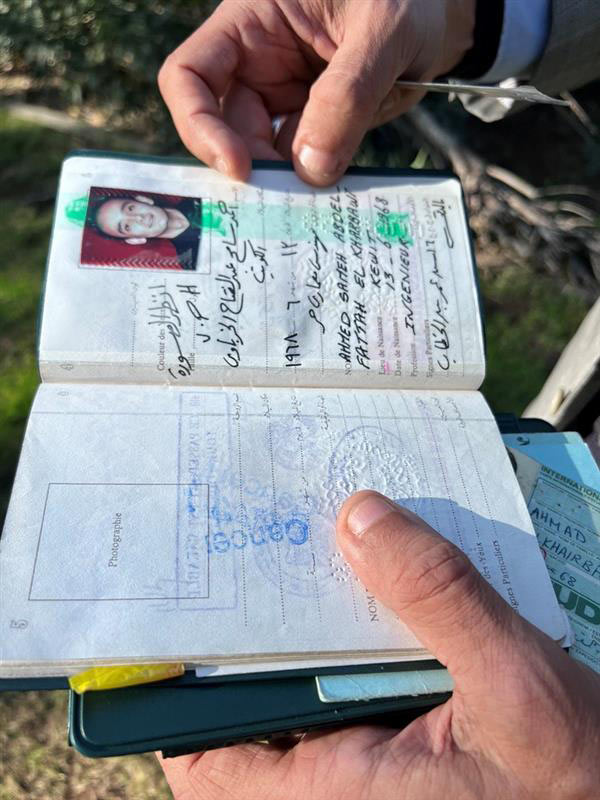 The Public Administrator also agreed to enter talks for a settlement agreement. According to an Aug. 29 joint stipulation to stay proceedings, the two sides had reached a tentative agreement and were working out the details, which would include dismissing the lawsuit.

But Alkherbawy said his brother would have never agreed to settle the case and would have wanted it to continue, even after his death.

After learning of the proposed settlement, Alkherbawy filed a declaration with the court on Oct. 11, saying that he and his family opposed it and that he was willing to step in as his brother’s representative to continue the litigation.

But by then the settlement had been finalized, said Hillier, the San Diego attorney who represented El Kharbawy and his estate in the matter.

Hillier told GV Wire that although the litigation has concluded, he is still involved in the administration of the settlement agreement, which remains confidential.

Jesse Maddox, an attorney representing the defendants, confirmed to GV Wire that the settlement agreement is not part of the court record.

After a week in Fresno, Alkherbawy returned home to Egypt. He’s trying to determine whether he will be able to bring his brother’s remains back to Eqypt to be buried next to their father.

He’s still searching for an attorney to proceed with his brother’s case against CSU and the Fresno State officials. Because the original case was dismissed “with prejudice,” it can’t be refiled later.

But the issues that his brother raised are still out there and deserve to be heard in court, Alkherbawy said.

“And I am saying, if what I’m saying is wrong, open the files, let the public read. Do not go around that you are an educational facility, that trustworthiness of you is worth your credentials. Open the files, let everybody read and decide. Because if you don’t do that, we will have to make you do that. And we will. It’s not over.” 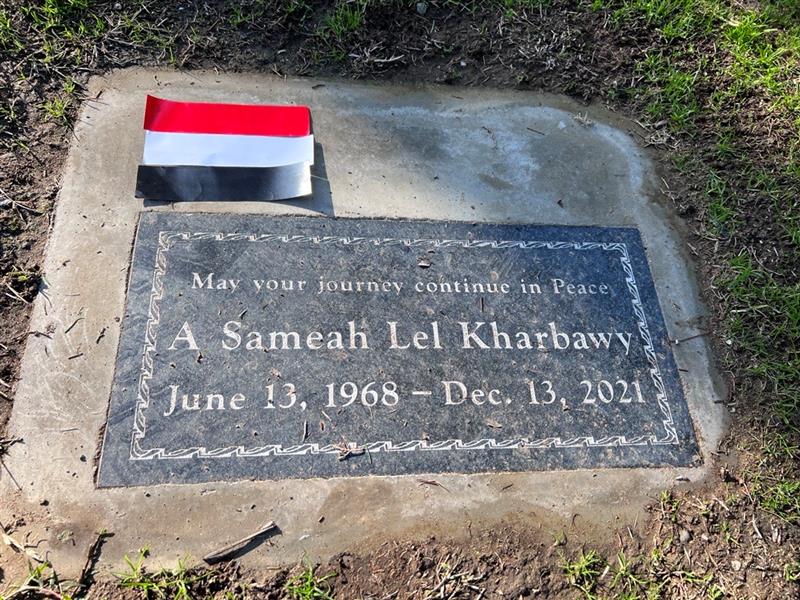