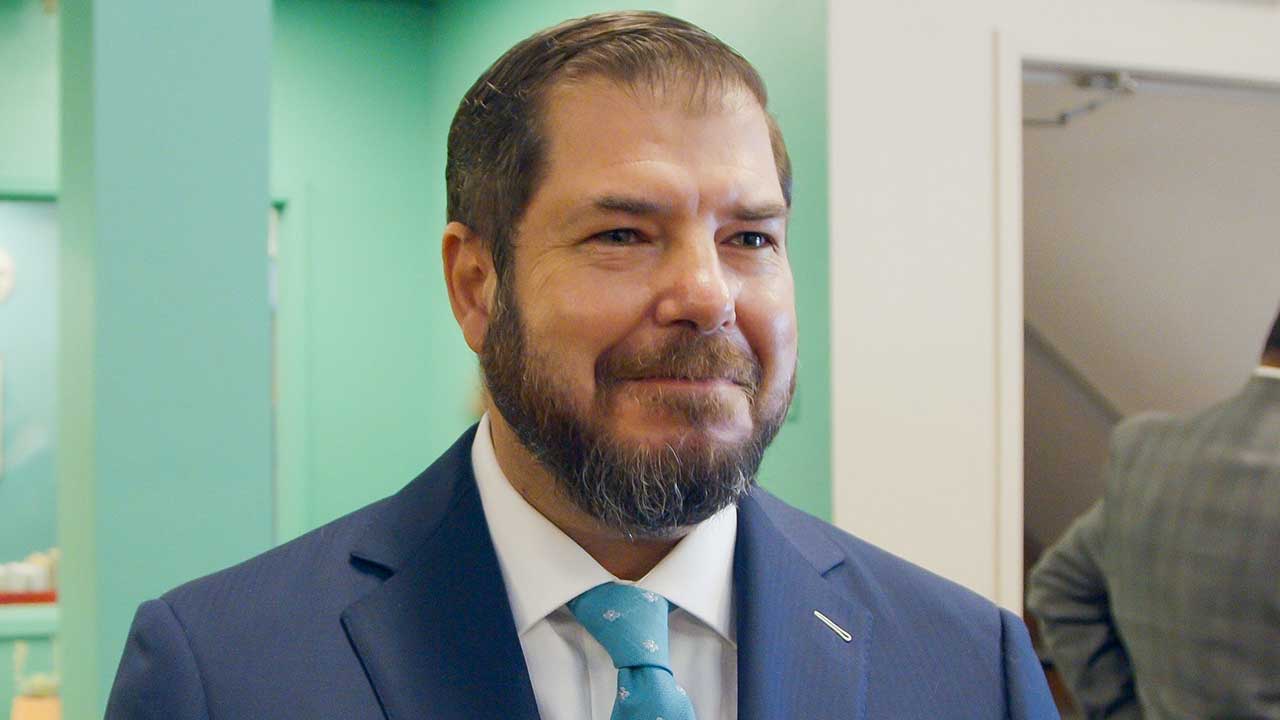 Asking a politician if they are interested in higher office can be a trap question.

If they answer in a roundabout way, they technically did not say ‘no.’ If they do say ‘no,’ then no one believes them (see Newsom, Gavin).

Arambula is running for his fifth Assembly term (his fourth full term, after first being elected in a 2016 special election). In theory, he is eligible to run one more time for Assembly in 2024 under state term limits.

“I like my job. I think I’m doing a great job in Sacramento and I’m proud of the ability to get bills signed and to bring resources back home,” Arambula said.

But does he want to do the same in Washington?

“I’m honored that people think about me when they think about representation at their nation’s capital. But I like my job and I’m going to keep doing it,” he said.

Since this story first published, the campaign told Politics 101 they believe the 12-year limit allows Arambula to run in 2026.

The state Constitution just says 12 years total between the Assembly and Senate. If Arambula served through 2028, that would put him at approximately 12 years, eight months.

Arambula on the Heat

“That will allow us to keep the 11% that it has into our energy grid secure for the next few years. That was a big step forward for us to take as a state to make sure that was part of our portfolio to address the energy issues that we have,” Arambula said.

And what about after that?

“We’re going to continue to look into it and we’ll be happy to get back to you,” he said.

His delegation includes Deputy City Manager Matthew Grundy and Chief of Staff Kelli Furtado. City funds will be used for the trip. Dyer calls it “an investment.”

“This trip will give … put us in a position to where we can receive substantial funding for the city and the state of California for housing,” Dyer said.

Not all are happy to see Dyer go.

“The mayor has failed to propose one new housing project in his tenure and too many projects are stuck in the planning department. I don’t see how a European trip with others that failed to address housing affordability in our city will solve our housing crisis in Fresno,” said City Councilman Miguel Arias. 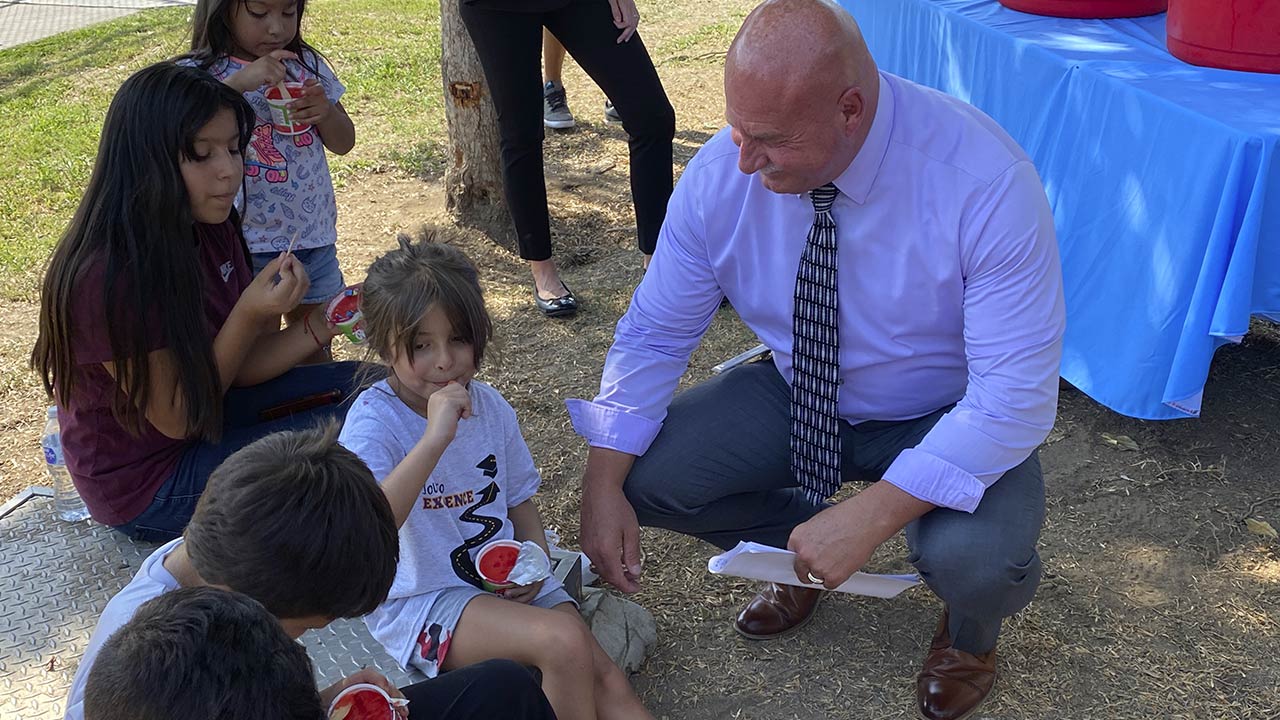 Before Dyer leaves, he cut the ribbon on a new playground structure at Dickey Park in downtown Fresno. It was ten years in the making.

“That’s far too long for a project. But when we learned that this was in the making, and so I first came into my administration, I believe we fast tracked it the best we could because we wanted to provide this community, especially these kids, with something that they’ll be very, very proud of,” Dyer said.

The $340,000 costs is funded mainly through Community Development Block Grant dollars. It includes a playground, a spinner and a swing set.

The equipment was ordered years ago, but some of it got damaged while being stored in a warehouse. Parks director Aaron Aguirre was unsure how much that cost the city to reorder. 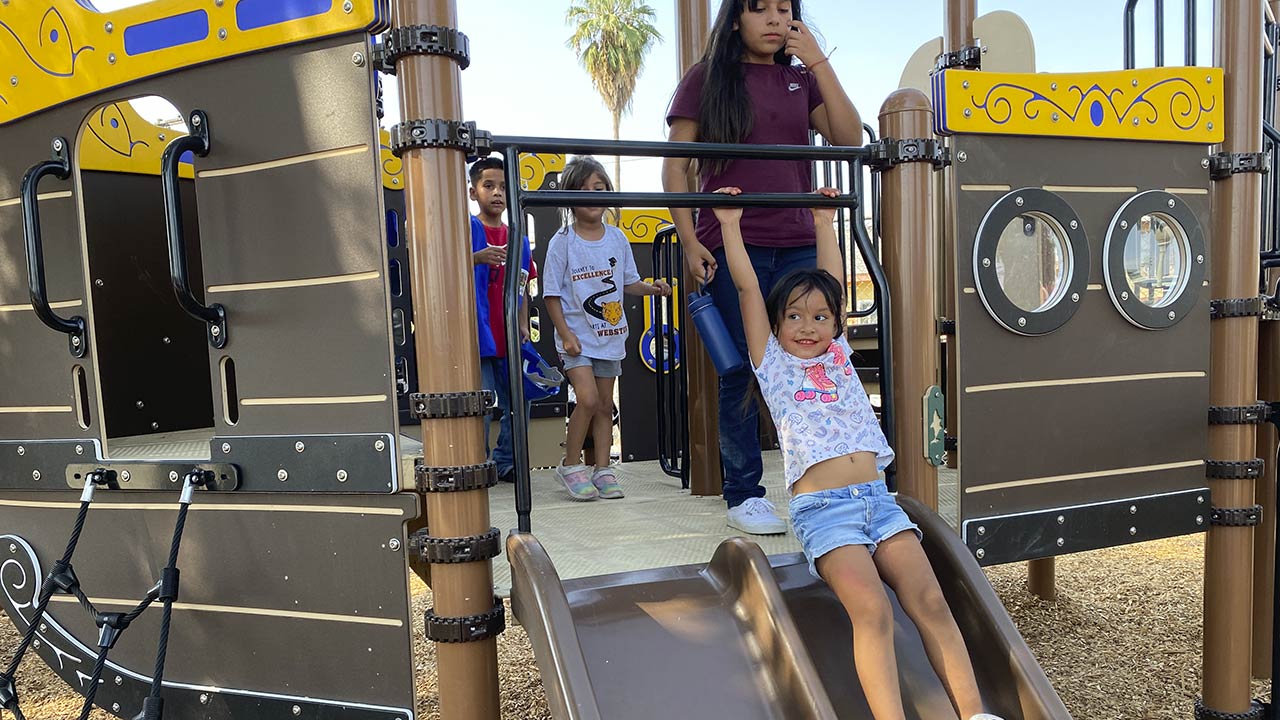 The Fresno County Democratic Party held its Central Committee meeting Wednesday night. Among the agenda items was a proposal to investigate members who are supporting a Republican Susan Wittrup, who is running for Fresno Unified School Board,

No decision was made, but a vote to remove members for violating the party’s bylaw could happen in October.

One attendee told Politics 101 that it seemed like “a witch hunt.”