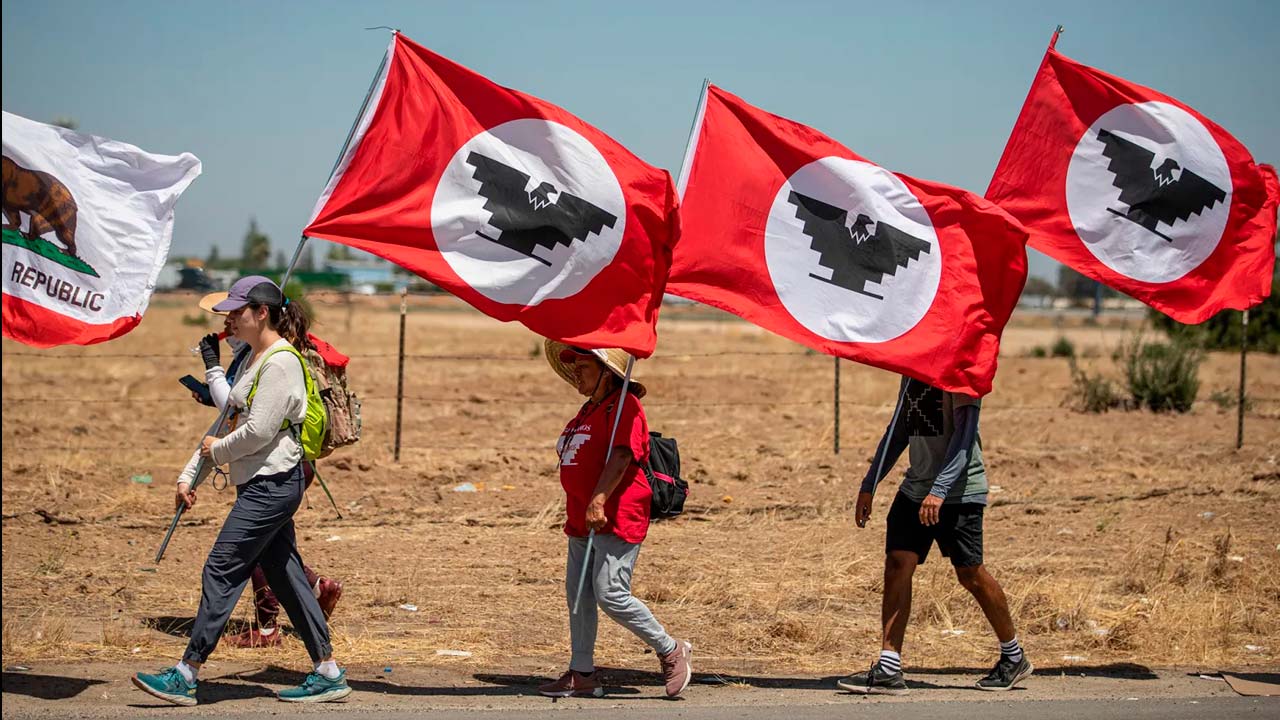 Gov. Gavin Newsom will soon write a new chapter in California’s decades-long conflict over the unionization of workers in the state’s huge agricultural industry — and what he does could affect his obvious quest to become a national political figure.

Assembly Bill 2183, a measure that would make it easier for the much-troubled United Farm Workers Union to organize farmers’ employees is sitting on his desk, passed by overwhelming margins by Newsom’s fellow Democrats in the Legislature.

The union’s drive for using a card check process or mailed ballots took on urgency when the U.S. Supreme Court declared in 2020 that it had no right to enter farmers’ property to talk with their workers, exacerbating the UFW’s chronic inability to make significant organizational inroads.

That failure, union leaders say, is due to farmers’ undermining organizational elections, which now are conducted by secret ballot. However, the UFW has also suffered from its own organization shortcomings as journalist Miriam Pawel chronicled in her authoritative book, “The Union of Their Dreams.”

Newsom vetoed an earlier version of the bill last year, saying, it “contains various inconsistencies and procedural issues related to the collection and review of ballot cards,” and adding, “Significant changes to California’s well-defined agricultural labor laws must be carefully crafted to ensure that both agricultural workers’ intent to be represented and the right to collectively bargain is protected, and the state can faithfully enforce those fundamental rights.”

This year’s version contained some changes that the UFW and its allies hoped would placate Newsom, but just before final votes last month, Newsom once again indicated his opposition. “We cannot support an untested mail-in election process that lacks critical provisions to protect the integrity of the election,” Newsom spokesperson Erin Mellon said.

Newsom’s unusual preemptive declaration may have been an indirect request that the Legislature not send him a second measure, but it didn’t deter legislators from acting with 55 votes in the Assembly and 26 in the Senate.

If anything, it spurred the UFW to redouble its public campaign, including a highly publicized week-long march to the Capitol from Delano, site of a 1965 grape worker strike that led to formation of the UFW and in 1975 to passage of the state’s Agricultural Labor Relations Act.

“In the state with the largest population of farmworkers, the least we owe them is an easier path to make a free and fair choice to organize a union,” Biden said on Labor Day.

All of this puts Newsom in a political pickle.

If he signs the bill, he will not only be reversing himself on a high-profile issue — never good optics for an ambitious politician — but could be providing critics with ammunition should he someday be seeking presidential votes in agricultural states that are critical in White House contests, such as Iowa, Ohio and Florida.

However, if he vetoes the measure, it could make it much more difficult for him to gain support in the Democratic Party’s progressive/activist wing, to which unionization of workers in agriculture and other low-wage industries is a holy grail. Delores Huerta, the UFW’s most revered figure, has predicted that Newsom would sign the bill because he’ll want union support for a presidential campaign.

A veto would also mean that he would probably see another UFW bill next year and every other year of his governorship.