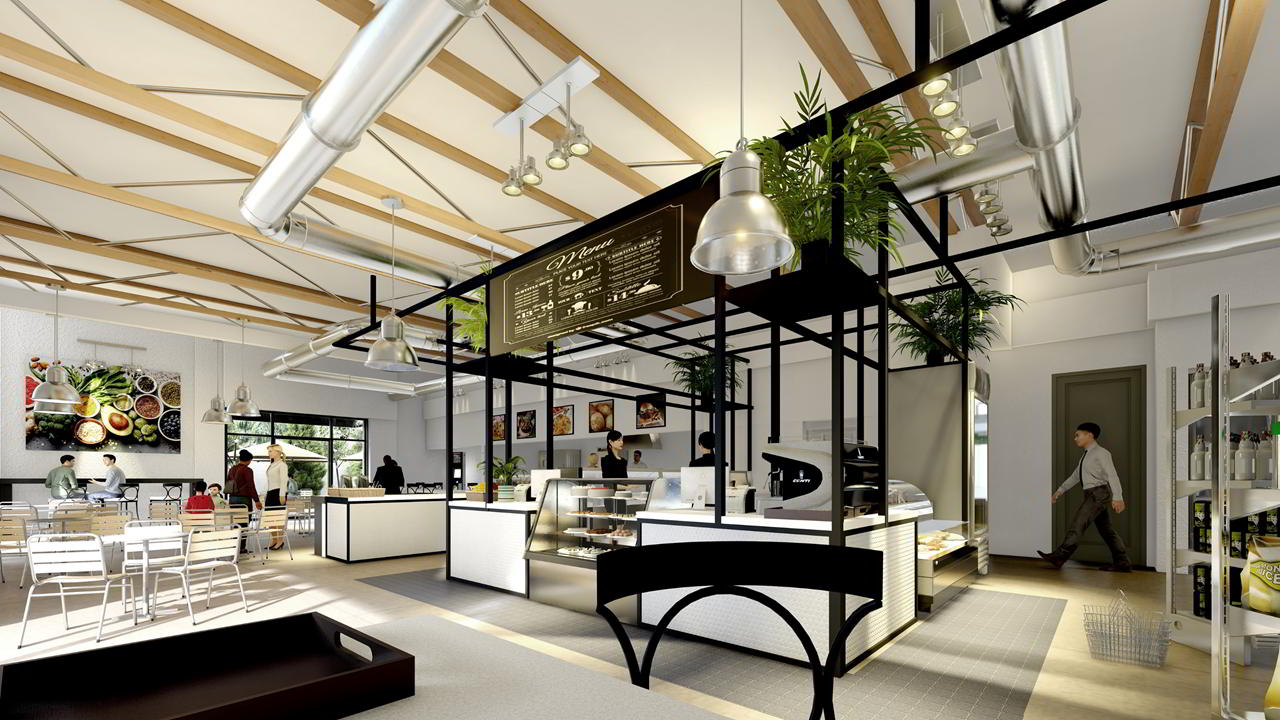 Fresno’s Copper River Ranch will get a long-planned neighborhood market and other retail services following a lengthy hearing by the city’s Planning Commission Wednesday night.

The modern design and function of the planned market, developer Darius Assemi said, “is going to be evolutionary, some people call it revolutionary.”

At the end of a 3.5 hour meeting, commissioners voted 6-0 to allow the development to move forward on a four acre site at the northwest corner of East Copper Avenue and North Maple Avenues.

Some critics opposed the development over concerns about additional traffic it could bring to the area, as well as a four-pump gas station included in the project.

Assemi, president and CEO of Granville Homes (and publisher of GV Wire), said the neighborhood market is dependent on the gas station component to help attract additional business to the store and make it economically viable. He also told the commission that 490 area residents had signed a petition in support of the project.

Assemi said he’s received interest from numerous investors about building on the site. He said possible tenants include a restaurant, a pizza shop, and a daycare.

“My requirements are you must have fresh fruits and produce,” said Assemi. “If you’re not going to offer that, I don’t have any interest in selling it to you.” Assemi adds he wants the market to sell coffee, fresh pastries, and deli meats.

Assemi said he will be moving Granville’s corporate headquarters to Copper River as well, and insisted he will keep the standards high for any possible suitors. “I’ve built in this community for over 40 years,” said Assemi. “Why would I jeopardize my reputation over a gas station?” 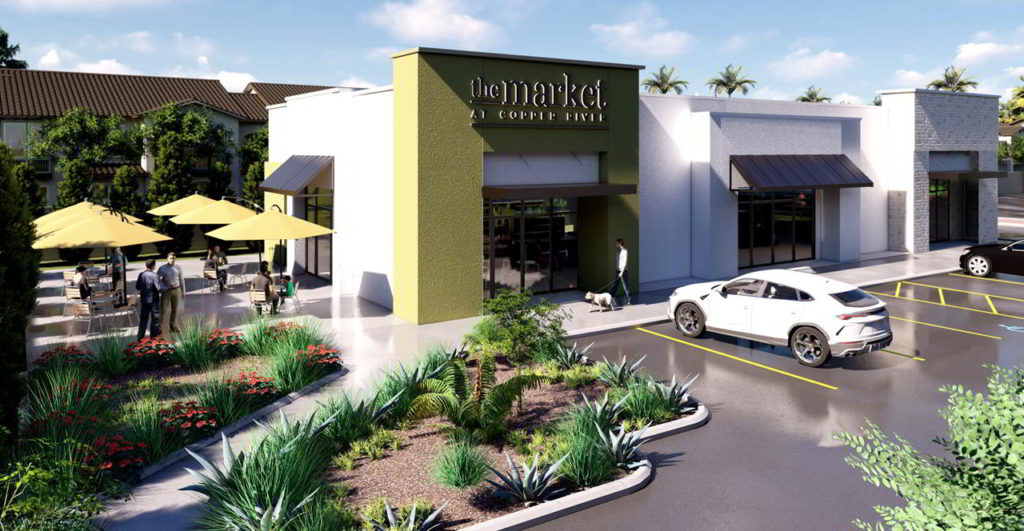 A mockup of what the Copper and Maple development could look like. (Granville Homes)

Some opponents brought forth studies showing that increased traffic to a gas station would hurt air quality and lead to leukemia. Others predicted an increase in crime from a 24-hour a day operation.

Kinsey said the studies provided by the opponents were based on data from 2002, obtained in France and the United Kingdom. Kinsey also said the study itself does not find a link between gas stations and leukemia. It’s “simply not relevant,” he said.

As for the crime concern, Assemi presented statistics from the Fresno Police Department that showed lower crime rates around stores when a gas station is nearby because of additional lighting .

While Granville’s original plan called for a six-pump gas station with a car wash, the project was scaled back to four-pumps with no car was after discussions with area residents, Assemi said. The project is also expected to include two electric vehicle charging stations.

A few residents who spoke said they were concerned that the station’s night-time lighting would disturb those who live in nearby homes. Assemi told commissioners he would install light shields if necessary to protect homes from light pollution. “We found a design in Chicago,” said Assemi. “There’s a chain of stores, local neighborhood markets, that are built (like this) in other cities and the Bay Area.”

Conceptually it’ll be a combination of a sandwich shop, deli, fresh produce, fresh fruit, and coffee. Assemi believes it will cater to the needs of many of the medical workers that live in the nearby neighborhoods that may need to stop in for food and other items at night after coming off shift.

Assemi says the challenge with trying to put in a 40,000 square foot grocery store is they require a very large population, and thus a large customer base, to justify their cost. He believes this is why the original property owner tried for 10 years to get a grocery store to come to the property but was unable to land anyone.

“What you will see moving forward are smaller model markets that can be built in numerous parts across our beautiful city,” explained Assemi. 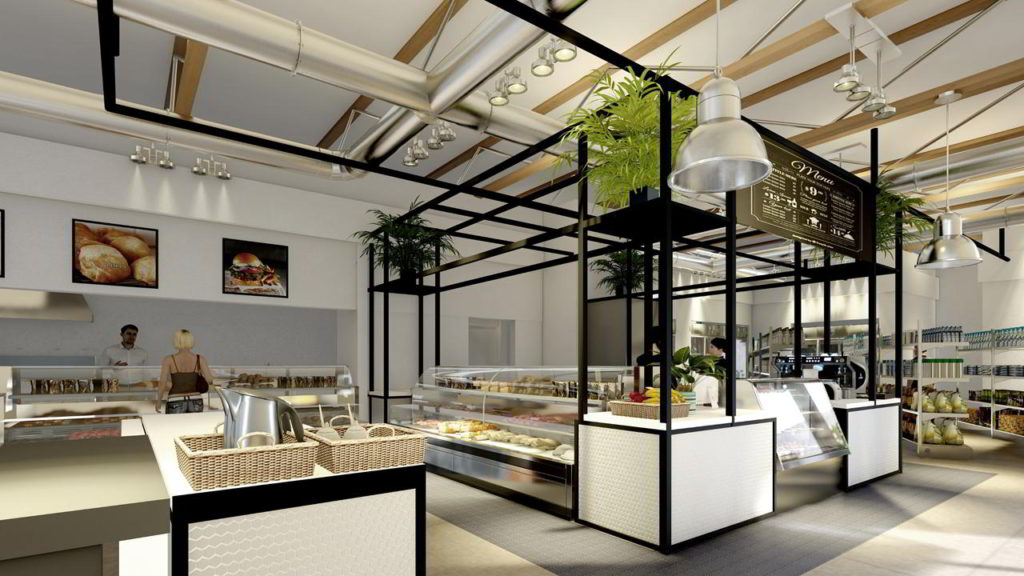 Modeled after a concept in the Midwest, this is what a neighborhood market at Copper and Maple could soon look like. (Granville Homes rendering)