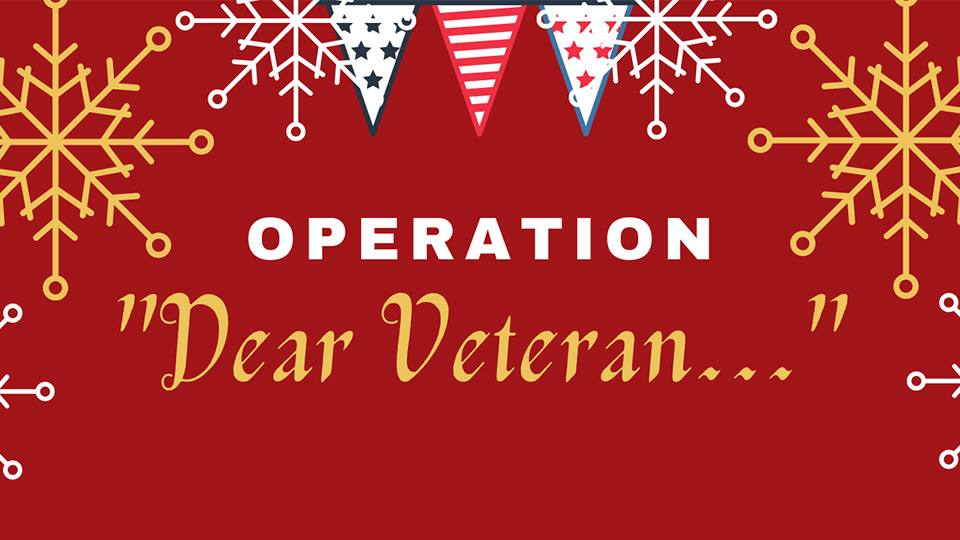 Fresno Pacific University staffers want to give a little Christmas cheer to military veterans who might be spending the holidays alone in the Veterans Administration Medical Center or at the Fresno Veterans Home.

In normal years, veterans could depend on volunteers to make in-person visits, but this year — thanks to the pandemic — has been anything but normal.

“Operation Dear Veteran…” is the brainchild of Denise Baronian, the university’s executive director of regional enrollment, and the goal is to provide at least 500 Christmas cards, one for every bed at the Fresno VA Medical Center and the Veterans Home of California-Fresno.

“I thought this project would serve a population of our community that is often forgotten. It was a way to serve others as well as giving our regional team an opportunity to include their families by making and writing cards,” Baronian said. The first two cards were made by her 2- and 4-year-old grandkids — volunteers have been asked to involve their families and neighbors in the card campaign.

Cards, including notes and letters of encouragement, will be collected through Dec. 20 and delivered the next day on veterans’ food trays.

Students in a Fresno State liberal studies class found a way to thank their professor for her encouragement and hard work during the fall semester, when most classes at the university had to be taught online because of coronavirus pandemic restrictions.

English professor Tanya Nichols was overcome by emotion when she saw what her students had prepared for her, as you can see in this tweeted video:

Liberal Studies students at @Fresno_State surprise their professor on the last day of class.

Putting Some STEAM into Student Success

Fresno State’s efforts to get more students into career paths for high-paying jobs in science, math, and technology just got a $3 million boost.

The U.S. Department of Education awarded the multimillion-dollar grant to the university to develop career pathways to help students, especially Hispanic students, get their bachelor’s degrees in the fields of science, technology, engineering, agriculture sciences, and math — otherwise known as STEAM.

Agriculture sciences and technology were included because they are major economic drivers in the Valley region and in a state that’s one of the world’s top providers of food and agriculture commodities. Fresno State cites Bureau of Labor Statistics projections that food and plant scientist jobs will be in abundance in California in the future, and that the state will have the largest STEM workforce in the nation by 2022.

The College of Science and Mathematics, Jordan College of Agricultural Sciences and Technology, and Lyles College of Engineering will join forces in the “STEAM: Enriched Pathways” program. The goals include giving students hands-on research opportunities early in their college careers, increasing work-based opportunities such as job-shadowing, working with industries on research opportunities for students, and developing a permanent endowment so the pathways program can continue after the grant expires.

Fresno State is a designated Hispanic-Serving Institution. Nearly 55% of the more than 25,000 enrolled students are Hispanic.

City’s Next Police Chief Has Different Views Than His Predecessors. Here’s What He Said.