In a concept of taketh and giveth away, members of the Fresno City Council say they may start revoking alcohol licenses from ‘bad’ retailers and use them to attract grocery stores into areas of town that don’t have them.

The move comes on the heels of City Council passage of the Responsible Neighborhood Market Act on October 15. Part of the law requires new stores that want to sell alcohol to buy two licenses from existing stores (depending on the size of the new store, it could be more) and retire one of them to help reduce the oversaturation of licenses in Fresno.

But members of the public, councilmembers Mike Karbassi and Garry Bredefeld, and an attorney representing Granville Homes (GV Wire publisher Darius Assemi is President and CEO of Granville Homes) believe that small ‘mom and pop’ operators wouldn’t be able to afford the cost of acquiring multiple licenses to open. In response, the council agreed to look for ways to reduce the burden on grocery story operators.

Council President Miguel Arias, along with members Luis Chavez and Nelson Esparza, are crafting a policy they plan to bring forward to the council in early November.

“Say we have a habitual bad player that keeps selling alcohol to minors, or keeps selling malt liquor for 99 cents, they’ve been warned and then we confiscate that license.”–City Councilmember Luis Chavez

Chavez says one of the concepts he’s looking at implementing is the ability for the city to revoke licenses from existing stores that are not in compliance with the conditions of their use permits.

“Say we have a habitual bad player that keeps selling alcohol to minors, or keeps selling malt liquor for 99 cents, they’ve been warned and then we confiscate that license,” Chavez said.

He believes those licenses could then be used to entice neighborhood markets with fresh fruits and vegetables to come in. Chavez says the city could ultimately put some of the revoked licenses into a queue that could be essentially given to the types of neighborhood stores the city wants to attract.

“If they’re building a true neighborhood market concept, they would not have to essentially buy one (alcohol license) and then retire one,” says Chavez.

The part of the variance that is most important to land use consultant Nick Yovino, Jr. is the heavier hand the city may take. “The number one thing for me is the enforcement aspect of it. Reducing fees is also a good thing, but enforcing rules is a big step forward,” says Yovino.

Karbassi is glad to hear the text amendment will go after some of the bad actors because he felt the original act should have already included that. “I hope they can fix it because this act currently punishes entrepreneurs and rewards the bad actors,” Karbassi said.

Some of the other options at the city’s disposal include the ability to forgive many of the licenses and fees Fresno normally would charge to help offset some of their startup costs. “Maybe even look at some of their tax liability and give them credits that could even be spaced out over 5 or 10 years to help incentivize them to open,” explains Chavez.

Chavez says one of the main components of the policy would be to allow individual councilmembers to work with a developer and agree upon a specific model that will work for a neighborhood in their district.

Councilmembers are working out what would constitutes a grocery store under the proposed policy.

“It will have fresh fruits, vegetables, and some healthy options. Perhaps some dairy products within there as well,” says Chavez.

Chavez envisions having a choice of ‘ready to build’ store models that are pre-approved as a way to interest developers.

“We’ll say ‘hey we have three models that we’re prepared to move forward with’, and avoid all the hassle of having to go through all the planning process and the bureaucracy. These will be templates that we can have ready to go,” explains Chavez.

“We’re trying to shrink down the supermarket model to more of a compact version of that,” explains Chavez.

He points to a grocery store chain called Foxtrot Market as an example. “The Foxtrot model for me is what I would love to see in southeast Fresno, where you have the scaled down compact version of a supermarket. But you also have some hot food,” describes Chavez.

According to Built in Chi, a business start-up website, Foxtrot Market has built a chain of tech-enabled convenience stores that rely on a mix of e-commerce and physical retail locations. The company launched in 2013 as an online-only food and alcohol delivery service before expanding to physical locations. Now Foxtrot operates both as a corner store/cafe and as an online grocery delivery service, mixing the online and offline experience into one business. 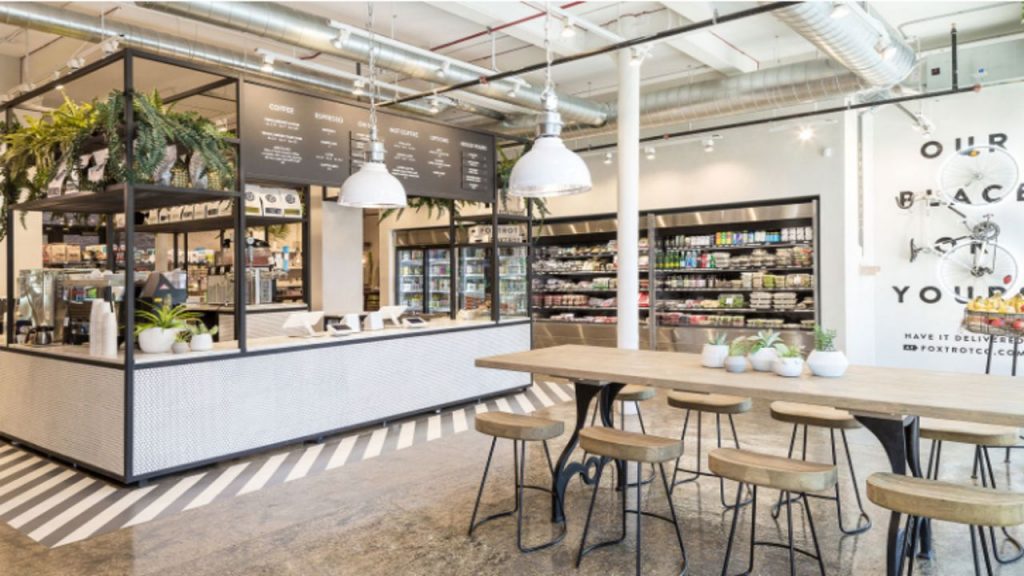 The inside of a Foxtrot Market. (Foxtrotco.com) 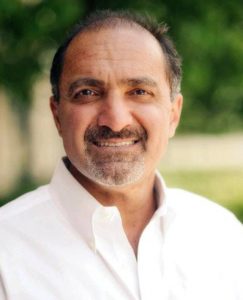 “Councilmember Chavez’s amendment to the Responsible Neighborhood Market Act that was passed two weeks ago could go a long way in developing small neighborhood markets across the community and remove food deserts in southwest Fresno and also bring market amenities throughout our city.”–Darius Assemi

In addition to the model templates, Chavez believes there’s also a need to allow for variations depending on the needs or desires of residents in particular area of Fresno.

He believes this would allow project developers to ask neighbors directly what they want for their area. Once that process comes to fruition, the councilmember for that district could then bring the proposal to the full council for discussion and possible approval.

Even if there’s already an existing liquor or convenience store in the area, the variance would give the city flexibility to go ahead and approve the plan.

Chavez says, “The variance would be there to allow these on a case by case basis.”

Assemi says, “Councilmember Chavez’s amendment to the Responsible Neighborhood Market Act that was passed two weeks ago could go a long way in developing small neighborhood markets across the community and remove food deserts in southwest Fresno and also bring market amenities throughout our city.”

Bredefeld says he’s worked with Chavez to craft a resolution to help offset fees for those seeking to purchase alcohol licenses. In fact, he wants to exempt them from having to pay any money for a 2nd, 3rd, 4th, or even more licenses based on the size of the grocery store.

“As an incentive and in fairness to a prospective grocery story that wants to open in a neighborhood, since the city is requiring them to purchase additional licenses to retire, the City should also provide credits for any additional liquor license they are required to purchase that is based on the size of their store,” Bredefeld said via email. “We are proposing an exemption against city application fees, processing fees, CEQA review costs, business license taxes, and sales taxes paid to the city.”

Part of his proposed resolution reads, “The credit shall be provided in the form of a rebate of City application fees, processing fees, CEQA review costs, business license tax, and a credit equal to the City’s share of the amount of sales tax paid by the facility when received by the City; the applicant shall be responsible for providing sufficient documentation to support any claim for a credit.”

Starting on November 15 (30 days after the council’s approval), changes at the city level will include:

— Obtaining and retiring multiple ABC licenses in order to open a new store selling alcohol or to upgrade an existing market. The number of existing licenses that would need to be acquired by a new alcohol retailer would depend on the square footage of the proposed store.

— Increasing the distance between future alcohol retailers from 500 feet to 1,000 feet.

— Changing the distance future alcohol retailers must be from “sensitive” locations from 500 feet to 1,000. Sensitive locations include schools, parks and drug treatment centers.

— Limiting the display of signage and advertising in future stores.

— The stricter rules will remain as long as the ratio of retail alcohol licenses in the city exceeds one for every 2,500 residents. According to city staff, Fresno currently has double that number of licenses.