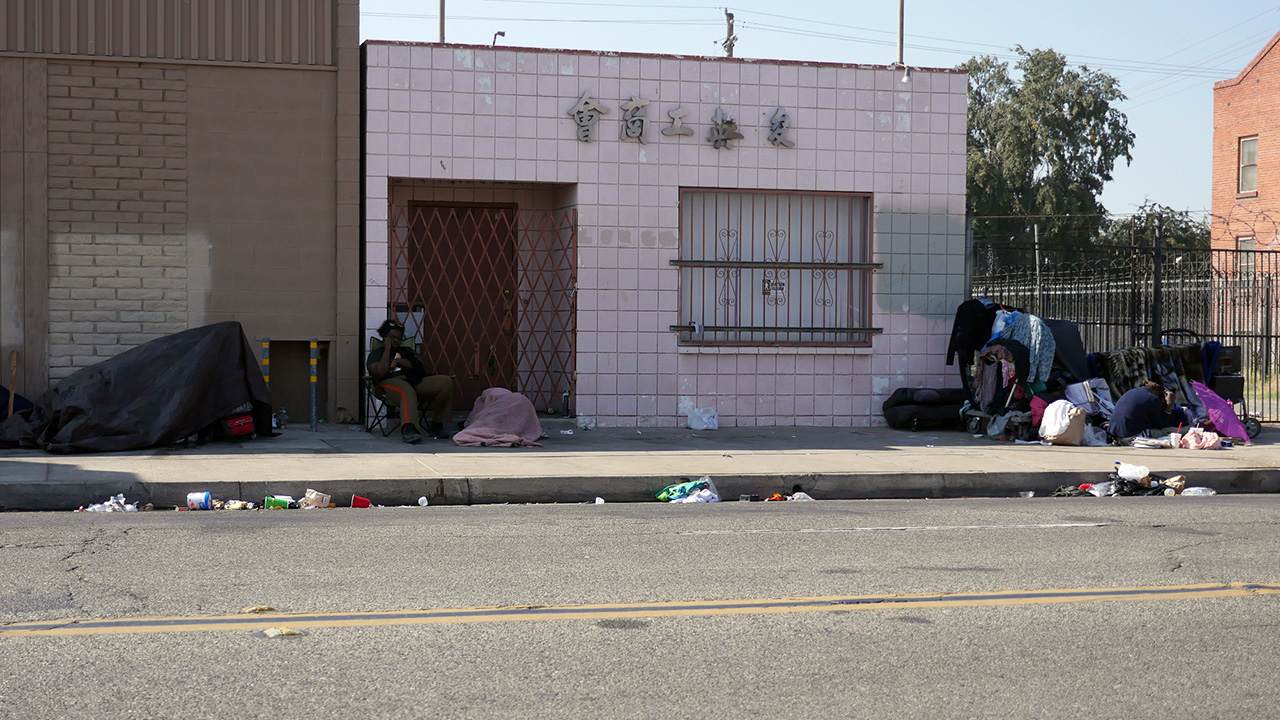 Garry Bredefeld’s colleagues didn’t think much of his vociferous complaints about a no-bid contract.

The Fresno City Council on Thursday approved a contract with Olympic Property Services to clean up the Chinatown section of the city, near downtown.

Bredefeld objected on many fronts, namely the no-bid nature of the contract, the price, and who won the bid. 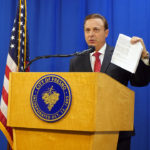 “This is about corruption. It’s about a corrupt process that took place.” — Councilman Garry Bredefeld

Just as he did during the debate on the council dais, Bredefeld repeatedly called the no-bid contract corrupt during an afternoon news conference.

“This has nothing to do about Chinatown. That’s just a mirage. That’s a distraction from council president Arias. This is about corruption. It’s about a corrupt process that took place,” Bredefeld said.

Arias explained that no-bid contracts are regular parts of city business. He pointed out that Bredefeld voted for funding the animal control center without a competitive bidding process.

“His opposition is not about cleaning up Chinatown, nor the vendor. I think it’s more personal. I think he’s engaged in what I would describe as a tantrum. I wouldn’t comment on my eight year old’s tantrums, nor do I want to comment on tantrum from a council member,” Arias said.

Olympic Property Services general manager and partner Jim Verros — who is also known for his work as a television political commentator on KSEE-24 — says his business won the contract fair and square.

“I understand that a lot of time lines have blurred. But in this particular situation, you know, I’m a small business and I was called by the city to submit a bid in regards to can you help us out in Chinatown?” Verros said. “We were told that because of our past performance within the city of Fresno for this exact type of work, that we would be good for it.” 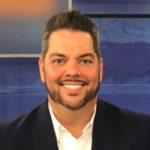 “I don’t think that this was an actual discussion of logistics. This was pure politics.” — Olympic’s general manager Jim Verros

Bredefeld distributed material to the media, showing a letter dated Sept. 10, which Verros proposed working on the Chinatown cleanup for $20,500 a month. At that price — with the $250,000 council already approved in June — that would be for about one year’s service.

The city, in a Sept. 29 email, said internal departments could do the project for less money — $78,358 in the first year and $64,490 the second year — with the difference being one-time expense to purchase a pressure washer.

Verros followed up with a letter on Oct. 9, reducing his price to $10,500 a month. During the council discussion on the issue, Arias amended the total value of the contract to $143,000 which would be enough to provide service for 13 months at Olympic’s new rate.

“What changed in 30 days? Did the cost of doing business changed that dramatically in 30 days? No. They were responding to what the city had proposed,” Bredefeld said.

Arias said price changes are a normal part of business.

“Contracts by their nature start off and then they’re negotiated. So there’s always different adjustments and the change in cost is strictly focused on the scope of work is different than what was initially proposed,” Arias said.

Verros said his price changed when the scope of the project became clearer.

“I don’t think that this was an actual discussion of logistics. This was pure politics,” Verros said.

A Dirty Deal for Cleaning Up?

“This was all a setup to give it to Olympic for whatever reason Miguel Arias has with the owner of Olympic. I have no idea, but I do know this is corrupt and I do know that this is a betrayal of the taxpayer money,” Bredefeld said.

Bredefeld did not provide any evidence of an improper relationship between Arias and Verros other than speculation.

“He’s very favorable to the councilman. What that means, I have no idea what their relationship is. I have no idea. I do not know,” Bredefeld said.

Verros said his clean up company has been doing work for the city and other clients for years.

“They were selected based on their work in Chinatown and their performance in picking up bulk items that the city sanitation department refuses to pick up,” Arias said.

As far as Bredefeld’s assertion, Arias denied any impropriety. City campaign finance records show no contributions from Verros or Olympic to Arias.

Bredefeld also criticized Olympic for winning a bid in 2019 to provide the city with cleanup on highway embankments.

During that discussion, Councilman Mike Karbassi and Arias were motivated to hire a local company. The vote was 5-2, with Bredefeld and Paul Caprioglio voting no.

However, Olympic dropped out of the contract. The city said the company experienced “unexpected increase in labor costs.”

“This, the same company, couldn’t complete its its opportunity that the council gave it,” Bredefeld said yesterday.

The contract went to Landscape Maintenance of America instead, in a vote on Jan. 16, 2020.

Verros explained it was more about dealing with state bureaucracy than anything else. Specifically, Verros had second thoughts after submitting wage information to the state Department of Industrial Relations.

“The contract was too vague in regards to the scope of service. So we decided to walk away because of that. We did not trust that this deal would be good for us after we were awarded it,” Verros said.

Karbassi: I’ve Been on Losing End Too, But …

Karbassi felt there was more to the dais battle than just a contract.

“This is more about a fight between administration and council,” Karbassi said.

Karbassi criticized Bredefeld complaining to the media. Last week, Karbassi was on losing end of a 6-1 vote regarding regulations for liquor stores.

“I  didn’t have a press conference blasting him and accusing him of corruption,” Karbassi said. “I don’t understand why he’s being so emotional about this and why he’s putting out accusation because he’s not happy about something happening internally at City Hall.”

When the debate heated up at the dais, Councilman Paul Caprioglio told Bredefeld he should resign if he thinks the council is corrupt.

At his news conference, not only did Bredefeld refuse to do so, he levied ethics accusations against Caprioglio.

“This comes from the man who every year walked up and down these halls saying his vote was for sale. In fact, to the point I had to go into his office and say ‘Paul, you shouldn’t be talking that way.” Bredefeld said.” He literally said that and I literally had to talk with him and he can deny it. That’s fine. He will deny it, but it’s true.”

“Absolutely not. And that is incredibly offensive to me as a colleague,” Karbassi said.

“Councilman Caprioglio is the purest diplomat that we have on the council and he’s always been a gentleman. And it’s clear to me that Councilman Bredefeld is simply engaging in more personal attacks and tantrums that he’s known for,” Arias said. “It’s not the first time that he loses his temper and engaged did this kind of behavior on the dais. And unfortunately, he has to answer to that. None of us should be answering for him.”

GV Wire℠ attempted to reach Caprioglio but did not receive a reply by time of publication.