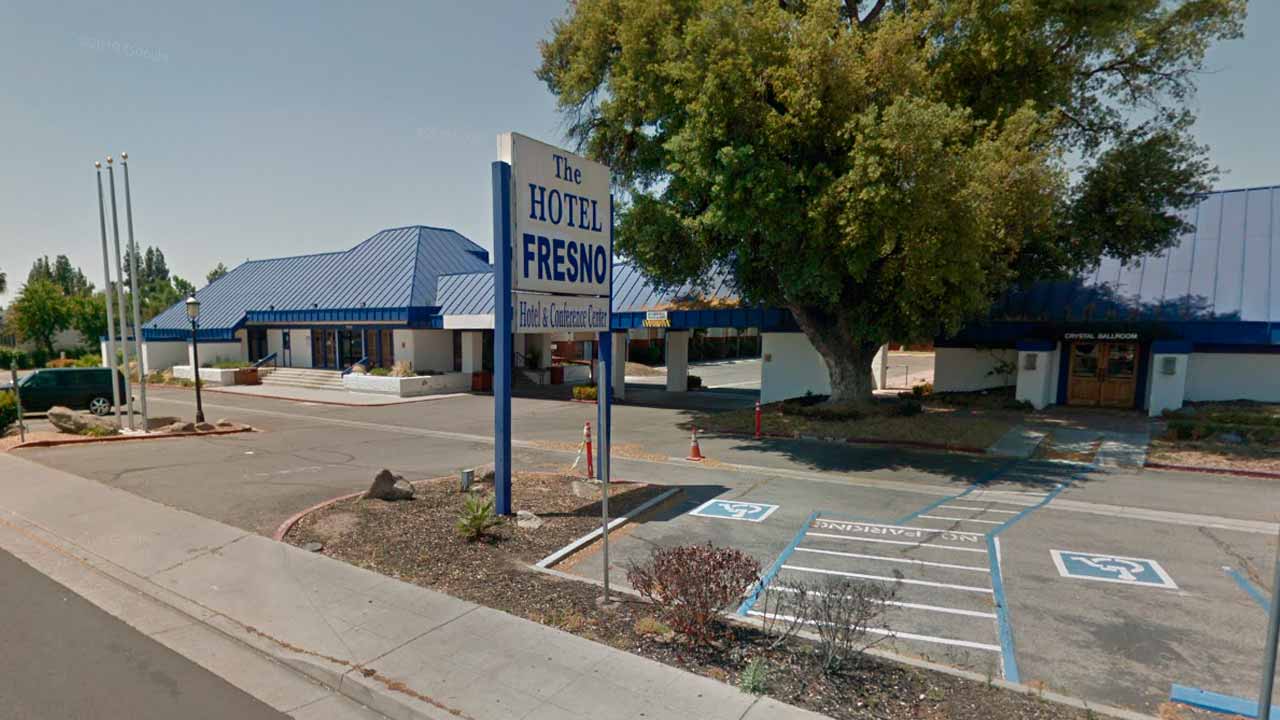 Fresno County has been awarded $15.3 million by the state’s ‘Homekey‘ program to acquire the former Smuggler’s Inn on Blackstone Ave. to provide permanent housing for more than 200 people staying in emergency shelter beds.

The county, along with developers RH Community Builders and UPholdings will rehabilitate the property now known as Hotel Fresno. It will be renamed Crossroads Village.

“Behind every allocation we make for Homekey is the story of a Californian who will no longer have to sleep in a tent, in a car or on the street,” said Governor Gavin Newsom in a news release announcing the funding.

The project will initially provide about 170 units to permanently house homeless residents. Amenities would include laundry facilities, community green space, BBQs, a pool, and a business and computer center.

“The Crossroads Village will provide permanent housing for people in our community,” said Steve Brandau, Vice Chair for the Fresno County Board of Supervisors and representative of District 2. “This is a big step forward in our efforts to find realistic, sustainable solutions to homelessness in Fresno County. This will have a positive impact on those seeking housing as well as the surrounding community.”

The other 50 units will initially be used for temporary homeless housing before being converted to permanent units in two years.

“Project HomeKey allows us to purchase this property and immediately provide housing. But our vision doesn’t stop there,” said UPHoldings president Jessica Berzac in September. “We hope to continue finding complete rehab dollars and … (it) could be a $30 to $40 million dollar investment into that corridor.”

The developers said the goal is to eventually repurpose the current hotel’s lobby and make it a multi-purpose community building.

The property will be gated, with 24-hour security, and tenants will be expected to abide by community rules to live there, officials said. 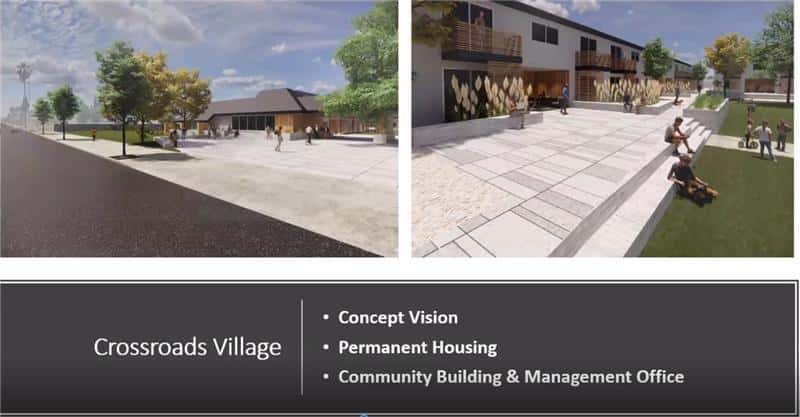 Artist rendering of what Crossroads Village could look like. (Fresno County)

There are more than 40,000 households officially awaiting subsidized housing in Fresno County. Preston Prince, CEO of the Fresno Housing Authority, has said that there are tens of thousands of more families who would qualify for affordable housing help but haven’t applied.

Supervisor Nathan Magsig, the Board of Supervisors’ designee on homeless matters stated, “Homekey will allow us to create permanent housing at approximately $90,000 a unit, which is much lower than building a new home. Crossroads Village will revitalize a hotel while changing the lives of those that will call it home.”

About 60% of renters in Fresno County are classified as “rent-burdened” under federal guidelines. That’s because they pay more than 30% of their income on rent and utilities. In some pockets of Fresno, up to 75% of households are rent-burdened, according to the U.S. Census Bureau.

Gov. Newsom in July announced the availability of $600 million in funding for Homekey, the next phase in the state’s response protecting Californians experiencing or at risk of experiencing homelessness. Of that, $550 million is being provided to cities and counties through direct allocation of federal Coronavirus Aid Relief Funds. The state budgeted $50 million for the program.

Newsom also announced a partnership with non-profit Enterprise Community Partners to distribute an additional $45 million in funding from Blue Shield of California and Kaiser Permanente to support operating subsidies for Homekey projects.

Those funds can be used for services like case management, job training, and substance abuse counseling.