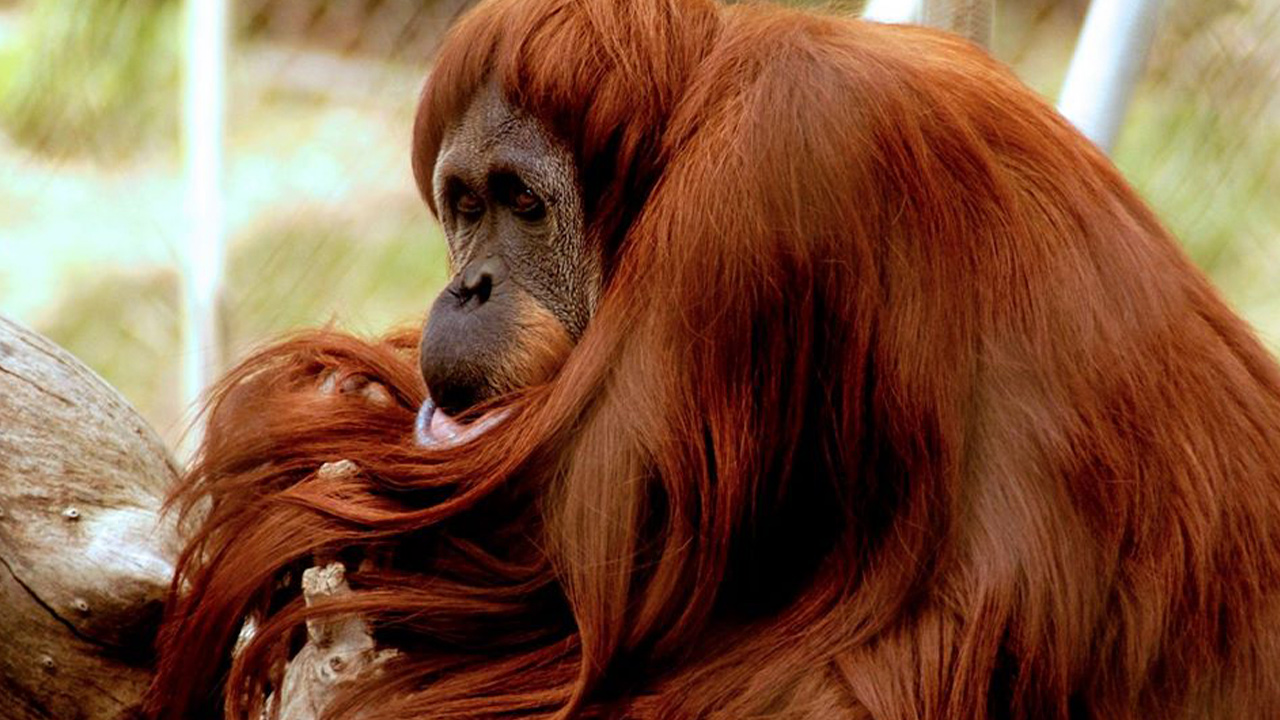 Zookeepers say that Sara enjoyed playing hand games with them. Her other favorites things were “ChapStick, tomatoes, and men with beards,” the zoo said.

Zoo officials announced Friday that Sara was euthanized following the discovery of metastatic cancer in her liver, intestines, and lymph nodes.

She lived an extraordinary life, given that the median life expectancy of female Sumatran orangutans is about 26 years.

These Were a Few of Her Favorite Things

Zookeepers say that Sara enjoyed playing hand games with them. Her other favorites things were “ChapStick, tomatoes, and men with beards,” the zoo said.

“Our veterinary staff and animal care team discussed many treatment options including chemotherapy, further surgery, and palliative care,” said Dr. Shannon Nodolf, who is the zoo’s chief veterinary officer. “Our main concerns were her comfort and quality of life.

“Given Sara’s age and the severe side effects of treatment, the decision was made to humanely euthanize her.

Sara Was ‘Mother’ to Many

Sara came to Fresno in 2001 from the Audubon Zoo in New Orleans. She was born at the Philadelphia Zoo.

Her mothering skills drew praise from zoo officials, who said she excelled at helping raise the babies of other orangutans.

She gave birth to Labu in 2010 and acted as the surrogate mother to Siabu, who came to Fresno with Sara. 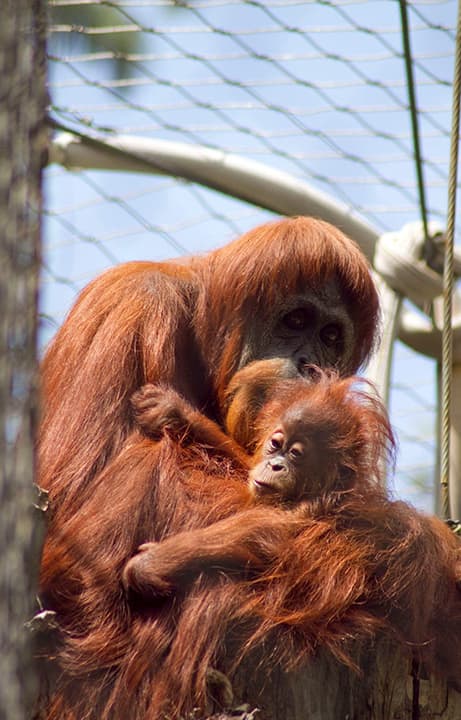 In addition to the 31-year-old Siabu and Labu, the zoo has three other Sumatran orangutans: Basar, a 36-year-old male, and females Ndari, 9, and Hantu, 1.

“This is a difficult loss for our animal care team, as well as the volunteers and guests in our community,” said Fresno Chaffee Zoo CEO Scott Barton in a news release. “While they grieve this loss, I commend our zookeepers and veterinary staff for their commitment to compassionate animal care from birth to end of life.”

Riverside County Offers Virus Testing to All Who Seek It