Massive Effort to Get Los Angeles Homeless Into Hotels 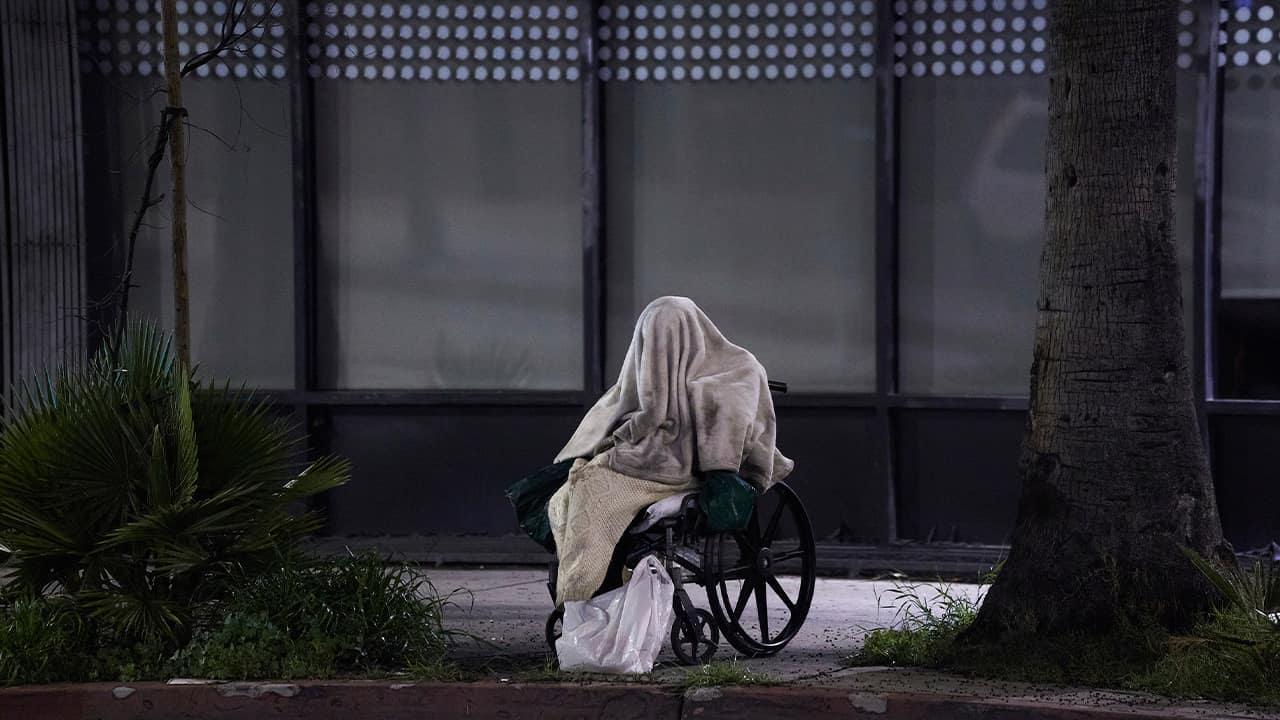 LOS ANGELES — To curb the coronavirus spread, Los Angeles has embarked on a massive effort to bring thousands of homeless people off the streets and into hotels to protect them and others from infection.

“We’re going big in LA. We based our goal on what the need is here.” — Heidi Marston, interim director of the Los Angeles Homeless Services Authority

California Gov. Gavin Newsom announced last week that money from the federal government would help pay for at least 15,000 hotel rooms during the pandemic. But Los Angeles County, with the state’s largest concentration of homeless people at some 60,000, has set its own goal of 15,000 rooms.

“We’re going big in LA,” said Heidi Marston, interim director of the Los Angeles Homeless Services Authority. “We based our goal on what the need is here.”

Marston planned to outline the effort on Wednesday during the daily coronavirus briefing by county health officials.

Coronavirus is spread by coughs and sneezes. Most infected people have mild or moderate symptoms, such as fever and cough, that clear up in two to three weeks. For some, especially older adults and people with existing health problems, it can cause more severe illness, including pneumonia and other respiratory problems that can be fatal.

The homeless population is particularly at risk. Many transients already have health problems such as heart disease or diabetes, and live in conditions that do not permit frequent hand washing and social distancing.

The hotel rooms set aside under the state’s Project Roomkey are reserved for the most vulnerable of the county’s homeless population, Marston said. These include people over 65 and those with underlying health conditions who don’t have symptoms but are at high risk for hospitalization if they contract the virus.

The first hotel opened Friday in Los Angeles. A total of 1,340 beds at 15 sites across the county are expected to be ready by the end of this week. Thousands more have been identified as potential locations.

Los Angeles Mayor Eric Garcetti said Tuesday that the number of rooms needs to increase rapidly and encouraged hotel operators to allow the government to lease their rooms.

He also warned “if it requires a more aggressive stance” he has emergency powers to commandeer rooms. “We need to get people into those thousands of rooms today,” Garcetti said.

They’ll be filled first by people from existing shelters that are eager to ease crowding. Meanwhile, teams are going into encampments to find people who meet the criteria.

“People are really scared and they’re trying to do whatever they can to protect themselves,” Marston said. “We see people who are excited to have a safe place to go.”

Outreach workers assist with every step of the process: checking for symptoms, gathering belongings, transporting people and checking them into hotel rooms.

The estimated cost to secure 15,000 hotel rooms and staff the facilities for three months is about $195 million, said Phil Ansell, director of the county’s Homeless Initiative. Of that, $118.5 million will pay for the leases and the balance will cover operations, he said Tuesday.

County officials are not disclosing names of hotels being opened to discourage uninvited people. They’ll be spread out across Los Angeles and in the Antelope Valley, northeast of downtown.

Project Roomkey is aiding a three-pronged Los Angeles County effort to get people indoors and safely distanced from one another. The county is also setting up medical sheltering sites with quarantine and isolation rooms for people who have tested positive for COVID-19, show symptoms while awaiting test results, or who have been exposed to the virus.

In addition, temporary shelters have been set up at city and county parks and recreation centers, with beds placed at the recommended distance of at least 6 feet apart.

The estimated cost to secure 15,000 hotel rooms and staff the facilities for three months is about $195 million, said Phil Ansell, director of the county’s Homeless Initiative. Of that, $118.5 million will pay for the leases and the balance will cover operations, he said Tuesday.

Under the agreement announced by Newsom, the Federal Emergency Management Agency will pay for 75% of the leasing cost. The state is providing $800 million in emergency funds to counties.

California on Tuesday Had More Than 17,000 Coronavirus Cases and at Least 452 Deaths

Newsom said as of Tuesday, more than 7,640 rooms had been secured across the state and local officials were working to bring people in “on a daily basis, on an hourly basis.”

The governor called the effort unprecedented.

San Diego County, with about 8,000 homeless, has secured 2,000 rooms and is prepared to get more if needed, officials said.

San Francisco, with a similar number of homeless people, has leased 945 rooms in eight hotels to house the homeless and those unable to safely self-quarantine at home.

California on Tuesday had more than 17,000 coronavirus cases and at least 452 deaths, according to data compiled by Johns Hopkins University.

So far the confirmed cases among the homeless population is low — Los Angeles County has only about a dozen — but there has been little testing of that population.