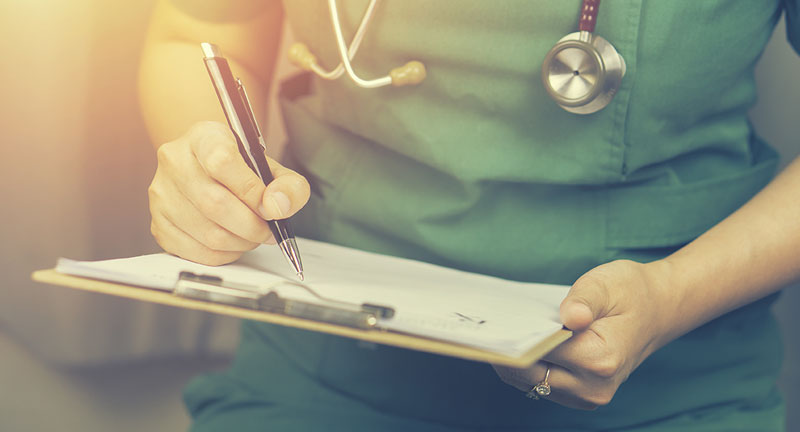 SACRAMENTo — As tens of thousands of retired health care workers and medical and nursing students sign up for the newly established California Health Corps, almost nothing is known about how it will operate, how much it will cost and whether taxpayers will be liable for any malpractice.

Gov. Gavin Newsom established the corps to staff the 66,000 additional hospital rooms he said could be needed when the coronavirus outbreak peaks in California in mid-May. Within three days sign-ups topped 70,000, more than twice the estimated pool of people in the state who retired within the last five years and have active health care profession licenses.

Gov. Gavin Newsom established the corps to staff the 66,000 additional hospital rooms he said could be needed when the coronavirus outbreak peaks in California in mid-May. Within three days sign-ups topped 70,000, more than twice the estimated pool of people in the state who retired within the last five years and have active health care profession licenses.

And state officials couldn’t even estimate how many more nursing and medical students have volunteered.

Now the state’s task is to smoothly integrate that volunteer army into the existing health care system and the stopgap medical facilities springing up in sports arenas, fairgrounds and other locations.

So far, state officials have been unable to answer basic questions about the program’s operations and backtracked in their response to how the state will protect itself from legal liability. While participants will be paid and provided with malpractice insurance, the California Emergency Medical Services Authority said the state “has elected to be self-insured for liability exposures” and “malpractice insurance will not need to be procured.”

That’s another way of saying taxpayers could be on the hook if an inexperienced or retired medical worker does something wrong, although the volunteers will have limited immunity from liability because they are considered disaster service workers under state law.

Representatives Had Seen No Written Policies or Directives for the Corps

State officials haven’t said how much volunteers will be paid, how quickly they will be assigned or for how long.

Rodger Butler of the California Health and Human Services Agency couldn’t say if there is a budget, but said the program will be funded through California’s emergency operations account, with the expectation of eventual reimbursement from the federal government.

Representatives for nursing and hospital associations and the union representing 97,000 hospital workers said they had seen no written policies or directives for the corps.

“It’s one thing to have a stack of applications, it’s another thing to actually operationalize this,” California Nurses Association government relations director Stephanie Roberson said.

While Newsom and health officials say there is no time to waste, Roberson said recruiting the volunteer doctors, nurses, pharmacists, respiratory therapists, emergency medical technicians and others may be premature if current workers can be moved into the most vital areas. And she worries about bringing in retired workers without knowing “how fresh their skills may or may not be.”

Health policy professor Janet Coffman compared it to military operation with the added but surmountable challenge of using troops who may start out rusty or untrained.

The first wave of reserves is likely to be those active health care workers who have been displaced because less serious medical care has been delayed indefinitely, said Coffman, part of the Healthforce Center at the University of California, San Francisco, considered the state’s top university based resource on the healthcare workforce. They can be rapidly moved into helping with more dire needs. 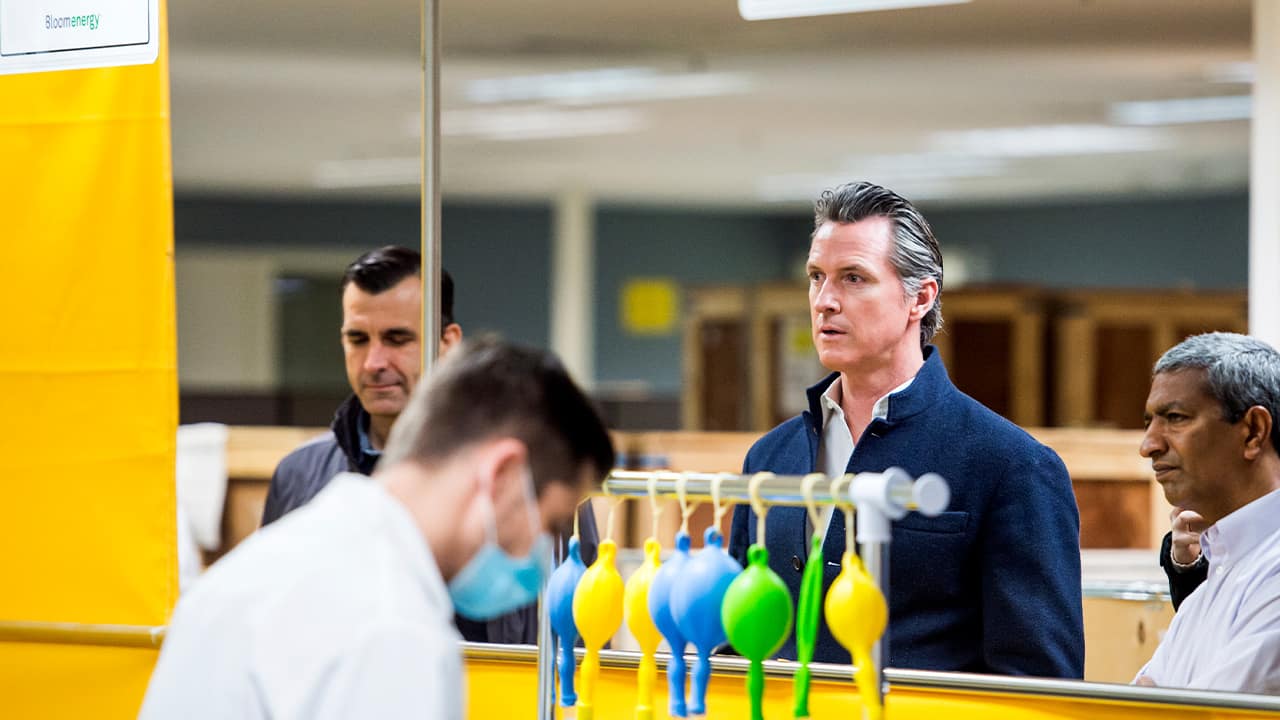 California Gov. Gavin Newsom, second from right, is given a tour of the Bloom Energy Sunnyvale, Calif., campus Saturday, March 28, 2020. Bloom Energy is a fuel cell generator company that has switched over to refurbishing ventilators as an increasing number of patients experience respiratory issues as a result of COVID-19. (Beth LaBerge/KQED via AP, Pool)

For instance, California has about 110,000 licensed vocational nurses, but about 60,000 are not in acute care facilities, said David Miller, research director for SEIU-United Healthcare Workers West.

New York Gov. Andrew Cuomo has similarly pleaded for help from medical retirees and professionals across the nation to help in the New York City area that has become the U.S. center of the pandemic.

However, “they’re not digging very deep at all into the volunteers, and they have very specific roles for them” triaging incoming patients or swabbing them to test for the coronavirus, said Sean Clarke, executive vice dean and professor at New York University’s Rory Meyers College of Nursing.

“These initial recruits will be used to staff California’s surge capacity beds outside of the existing system,” Kate Folmar of the California Health and Human Services Agency said in an email. They’ll be treating less serious patients, leaving established hospitals and experienced staff to treat those who need critical care.

The volunteers are expected to work at places like the San Mateo County Event Center south of San Francisco, where 250 narrow beds have been set up 6 feet (1.8 meters) apart — the minimum health officials say is needed to avoid spreading the virus through a sneeze or cough.

Dr. Cyrus Shahpar led the Centers for Disease Control and Prevention’s Global Rapid Response Team for two years after it was created in 2015, and now directs the Prevent Epidemics Team for the global public health initiative Resolve to Save Lives.

“To be able to mobilize a workforce like that is a massive challenge. We do this kind of surge response to natural disasters all the time. … It is a lot of work, it is a lot of training, but it can be done.” — Dr. Cyrus Shahpar

He said keys to the success of the corps are training to make sure thousands of volunteers of varying backgrounds and experience are on the same page, and having enough personal safety equipment and procedures to prevent volunteers from becoming sick or spreading the virus themselves.

“To be able to mobilize a workforce like that is a massive challenge,” Shahpar said. “We do this kind of surge response to natural disasters all the time. … It is a lot of work, it is a lot of training, but it can be done.”

Miller said SEIU-United Healthcare Workers West and many others are working quickly to put basic classes online in things like how to work in an acute care setting, how to operate a ventilator, and safely putting on and removing personal protective equipment. His union plans a four-hour training module.

Clarke said California, and other states, may soon have little choice but to throw as many health care workers as possible into the battle, ready or not.

“If the crisis worsens in the way we think it is, it will have to be worked out on the fly,” he said. “We may just be in the place where we’re trying to save as many lives as possible.”

Related Topics:California Health Corpscoronavirus
Up Next

Dyer: Do Your Part and We Will Survive COVID-19