Tom Waits: 'We Are Monkeys With Money and Guns' 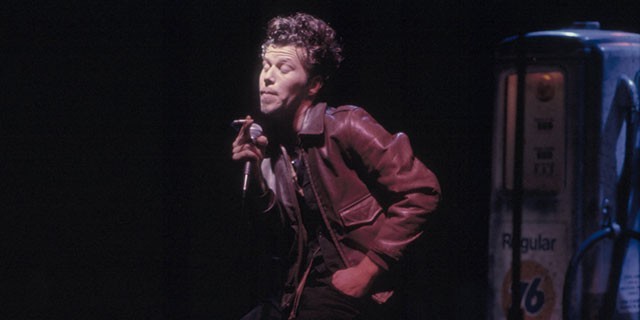 It might be hard to believe, but Tom Waits — the iconic American troubadour with the gravelly voice — will be 70 years old on Saturday.
For fans of Waits, what better way to celebrate the milestone than by reading this 2008 interview published by NPR while listening to his classic 1985 “Rain Dogs” album?

It’s not just any interview. It’s Waits interviewing himself for a press release from his record label.
Waits talks about the musicians who most influenced him, his record collection, and much more.
He comes across as funny, ironic, and prescient.
“What’s wrong with the world?” Waits asks.
Answer: “We are buried beneath the weight of information, which is being confused with knowledge; quantity is being confused with abundance and wealth with happiness. Leona Helmsley’s dog made $12 million last year… and Dean McLaine, a farmer in Ohio, made $30,000. It’s just a gigantic version of the madness that grows in every one of our brains. We are monkeys with money and guns.”

Words to Live By

You can read “Tom Waits’ True Confessions” at this link.