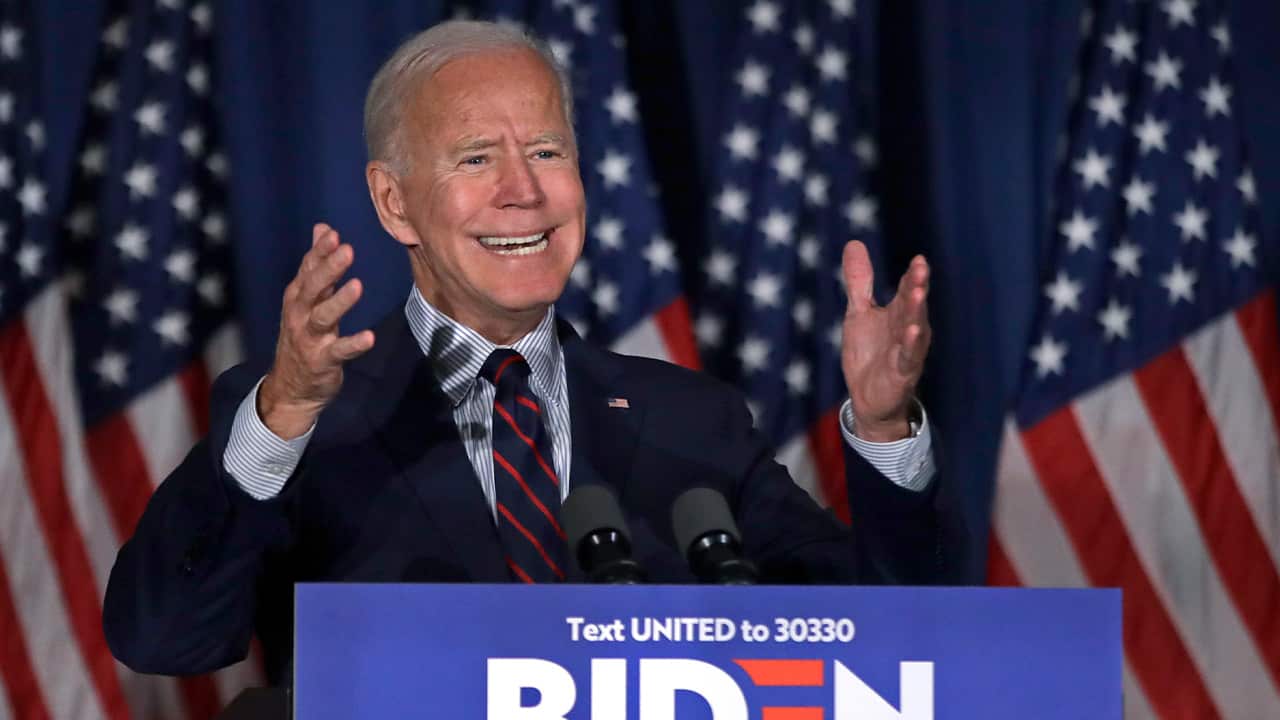 ROCHESTER, N.H. — Democratic presidential candidate Joe Biden said Wednesday for the first time that President Donald Trump must be impeached for abusing the powers of his office to help his own reelection.
Biden made the remarks as part of a blistering 25-minute speech in New Hampshire, departing from his usual campaign pitch and signaling that he will aggressively confront Trump as the president pushes unfounded accusations that the former vice president and his son had nefarious dealings in Ukraine.
Trump is “shooting holes in the Constitution,” Biden said, by asking foreign powers to interfere in the 2020 election by pursuing dirt on the Bidens and then refusing to cooperate with a resulting House impeachment inquiry.
“This is a president who has decided this nation doesn’t have the tools, the power, the political will” to punish bad behavior, Biden said, cataloguing a litany of Trump’s actions that the former vice president said warrant impeachment.
“He’s not just testing us,” Biden said. “He’s laughing at us.”
Before Biden had concluded in New Hampshire, Trump retorted via Twitter. “So pathetic,” he wrote, to see Biden calling for his impeachment. The president maintained that he had done nothing wrong.
In a July 25 phone call to Ukraine’s leader, Trump asked for “a favor” of investigating Biden and his son Hunter, who previously served on the board of a Ukrainian energy firm that had drawn scrutiny in that country.

Without evidence and contrary to the accounts of several Ukrainian officials, Trump insists that Biden used his role as vice president to protect his son from corruption investigations when he pressed for the firing of the top Ukrainian prosecutor, Viktor Shokin, during President Barack Obama’s second term.

Biden Got an Enthusiastic Reception

Some Biden aides note that the situation underscores the fundamental argument that the former vice president has made about Trump from the start of his campaign, a point the candidate himself made Wednesday. “When I announced my candidacy,” he recalled, “I said I was running in order to restore the soul of America. That wasn’t hyperbole.”