DeMarcus Cousins Will Start When He Returns With Warriors 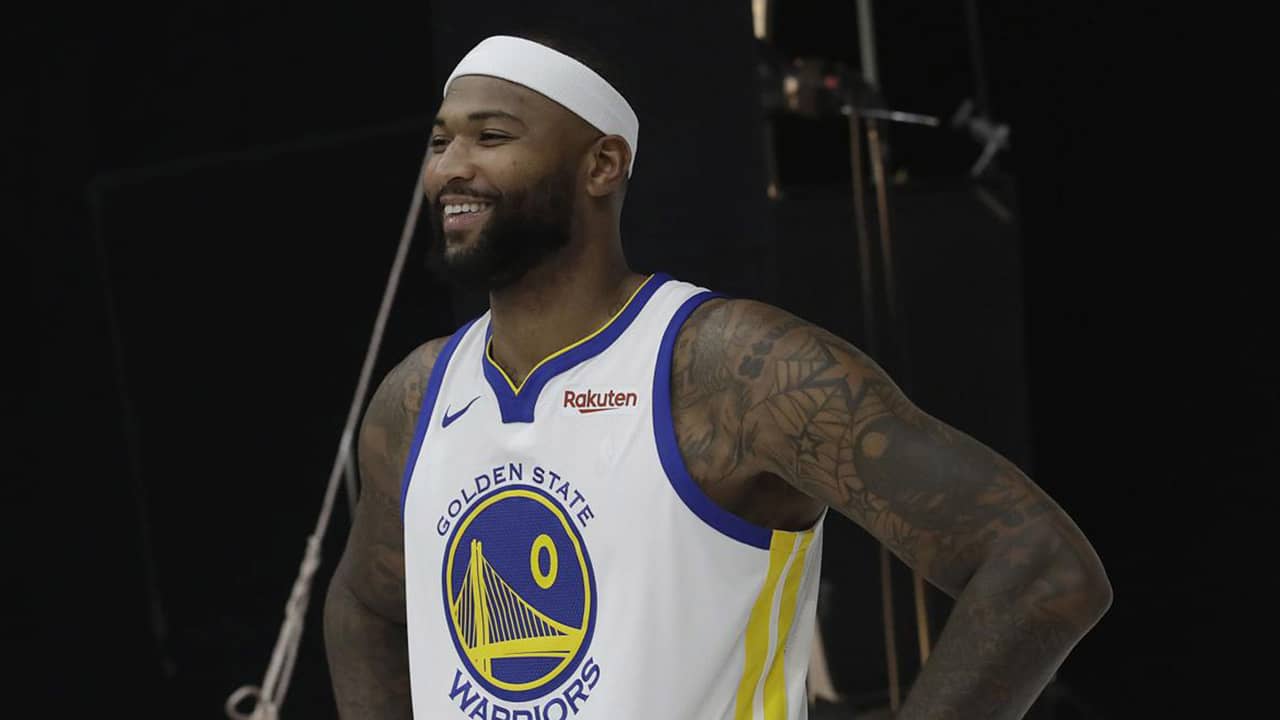 OAKLAND — DeMarcus Cousins will start immediately for coach Steve Kerr when the All-Star center makes his long-awaited Warriors debut in about a week following a lengthy recovery from surgery on a torn left Achilles tendon.
Cousins has targeted Golden State’s game Jan. 18 at the Clippers as his return date and first game of the season, though Kerr said it could even be sooner if all continues going well — perhaps even against his former New Orleans team at home next Wednesday.

Cousins tore his Achilles late last January and it prematurely ended his season with the Pelicans. Before the injury, Cousins averaged 25.2 points, 12.9 rebounds and 5.4 assists in 48 games.
The 28-year-old Cousins doesn’t expect to dominate from Day 1, especially playing in a lineup that will feature four other All-Stars — Stephen Curry, Kevin Durant, Draymond Green and Klay Thompson. Kerr said he hasn’t thought about the star-studded lineup yet, knowing there’s still half the season to go for Cousins to get comfortable and acclimated.

Nevada Too Physical for 'Dogs as They Suffer 1st MW Defeat