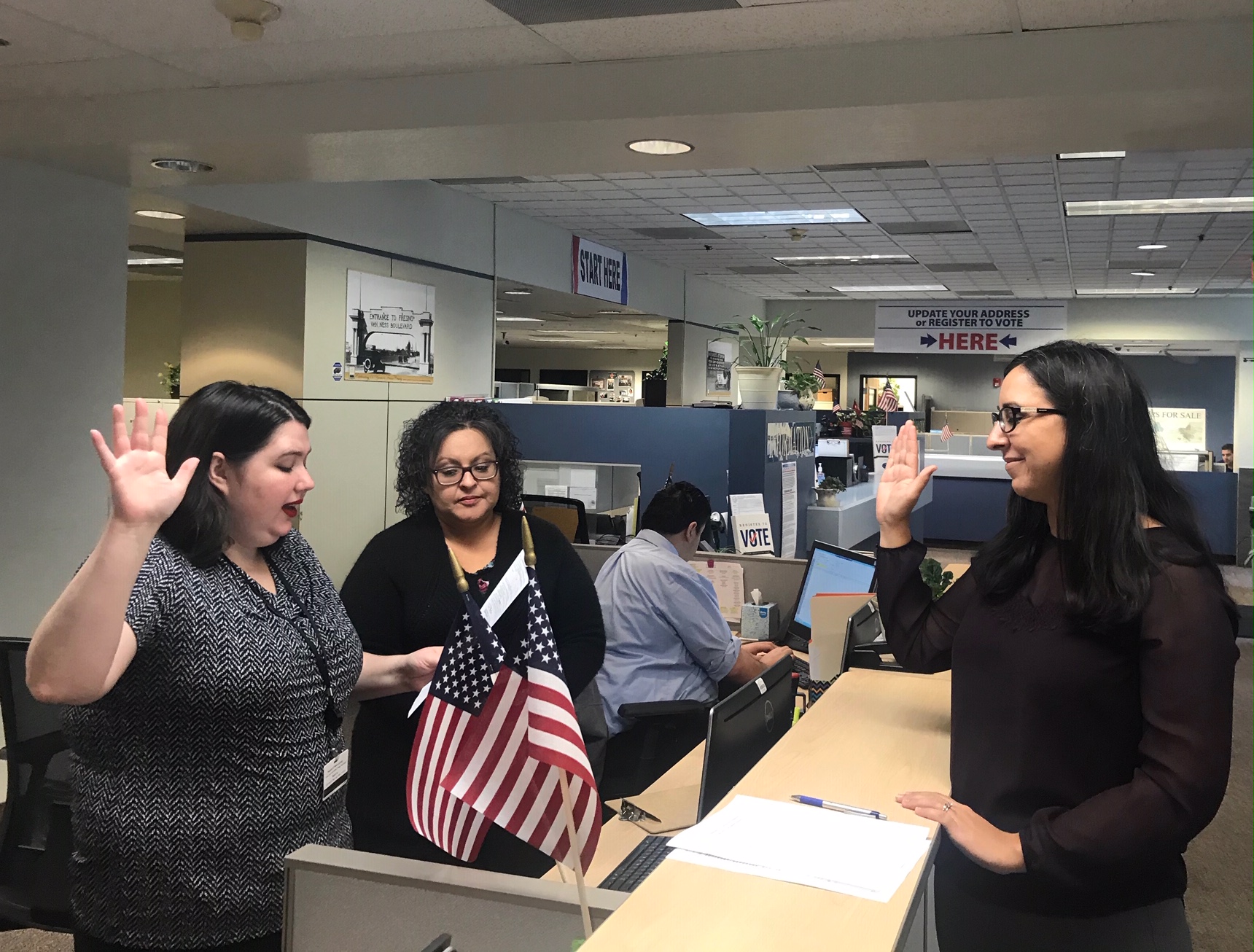 Nasreen Johnson is giving politics another chance.
After finishing second in a four-person race for Fresno Unified school board last month, she plans to run for the vacant Fresno County supervisor seat.


“I have a business background. To make sure we are fiscally responsible with our county dollars is the highest priority for me.”—Candidate Nasreen Johnson
Johnson tells GV Wire she is pulling papers today (Dec. 11) to run for the seat vacated by Andreas Borgeas, who won election to the state Senate.
Fresno councilman Steve Brandau is officially in, with his candidacy certified by the elections office Monday (Dec. 10).
Fresno businessman and former Fresno State baseball star Steve Hosey said Monday that he is entering the race.
Meanwhile, former Central California Blood Center CEO Dean Eller says he is not running.
“It appears that there will be a couple of very good candidates, and I will continue to serve our community in other ways,” Eller tells GV Wire.
The election is March 5. If no candidate receives a simple majority, the top two candidates in the nonpartisan race will meet in a winner-takes-all runoff June 4.

Johnson works as a marketing and communications director for the Fresno Economic Opportunities Commission. Without revealing who, she said others recruited her to run.
“I’m always looking at ways to serve the community I’m raising my children in,” Johnson said. “Community leaders called me to serve in this capacity.”
She finished with 29% of the vote in last month’s election for the Bullard High School area trustee on the Fresno Unified board, runner-up to Terry Slatic (34%).
A registered Democrat, Johnson received her education from local schools: Hoover High, Fresno City College, and a bachelor’s and master’s degree at Fresno Pacific.
“I have a business background,” Johnson said. “To make sure we are fiscally responsible with our county dollars is the highest priority for me.”

So, what happens if Brandau wins? What becomes of his Fresno City Council seat?
According to Sec. 305(d)(2) of the city charter, the council would call for a special election between 90 days and the next scheduled general election, which would be Nov. 5, according to state election law.
There is a provision that allows the council to appoint someone to the seat but only in the final year of a term. Brandau’s District 2 term expires in Jan. 2021, thus this would not apply.
As for the timing, if Brandau wins the supervisor seat by achieving a majority vote in the March election, he would be sworn in shortly thereafter.
The council, by rules spelled out in the charter, has one month from a declared vacancy to schedule a special election. The penalty for not calling such election, the charter says, is that council members would cease being paid.
Of course, the vacancy declaration may depend on how fast Fresno County certifies the election. County Clerk Brandi Orth says she has up to 30 days, but she anticipates her office would finish sooner than that.  The only other county election scheduled for that day is the Clovis City Council.

Taking a look at scenarios, the earliest a city council replacement election could happen is mid-June. For that to happen, Brandau would have to win the supervisor race with little doubt of the result shortly after election night.
The council would declare a special election 90 days from mid-March, placing the election around June 11, 18 or 25 (all elections must be held on a Tuesday, per state law). A runoff would take place approximately a month later (add another 30 days in case a longer certification is needed).
If the council wanted to take its time, it could hold a special election as late as Nov. 5. Then, if a council runoff is needed, it would have to be set within 30 days of certification. Assuming the certification takes up to the 30 days allowed, the council would be limited to holding a runoff on either Dec. 10 or 17 (the 24th and 31st are barred by a state law that forbids elections the day before or after a holiday).
Here’s a table of the possible scenarios involving a Brandau victory: