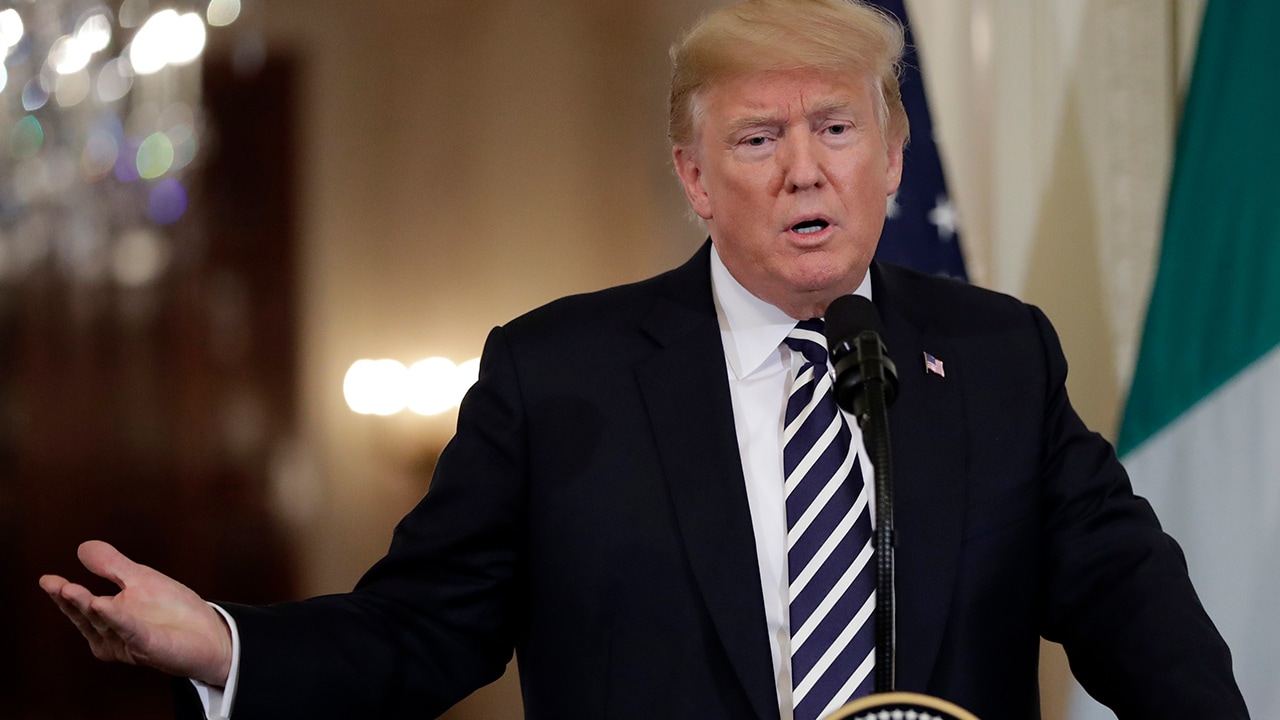 WASHINGTON — President Donald Trump said that he’d “certainly meet” with Iranian President Hassan Rouhani, and without preconditions, if the Iranian leader were willing.
Speaking Monday during a joint news conference with Italy’s premier, Trump said he would meet with the Iranians “anytime they want to.”
“I’ll meet with anybody,” he said. “There’s nothing wrong with meeting.”
The overture comes as Trump and the Iranians have been escalating their rhetoric after Trump’s May withdrawal from the landmark nuclear accord. The United States has also vowed to boost sanctions until Iran changes its regional policies, including its support for regional militant groups. The first of those sanctions are to go into effect Monday.
Iranian officials reacted skeptically Tuesday. Iran’s semi-official ISNA news agency quoted political adviser Hamid Aboutalebi as saying that for talks to happen, the U.S. needs to rejoin the nuclear deal.
It’s unclear whether Rouhani has any interest in meeting with Trump. Rouhani’s chief of staff claimed earlier this month in Iran’s state-owned newspaper that Rouhani had rejected eight requests from Trump for one-on-one talks last year.
Rouhani recently warned the U.S. that “war with Iran is the mother of all wars,” prompting an all-caps retort from Trump:

To Iranian President Rouhani: NEVER, EVER THREATEN THE UNITED STATES AGAIN OR YOU WILL SUFFER CONSEQUENCES THE LIKES OF WHICH FEW THROUGHOUT HISTORY HAVE EVER SUFFERED BEFORE. WE ARE NO LONGER A COUNTRY THAT WILL STAND FOR YOUR DEMENTED WORDS OF VIOLENCE & DEATH. BE CAUTIOUS!

Iranian Foreign Minister Mohammad Javad Zarif fired back with his own message that began, “COLOR US UNIMPRESSED.”
Trump tempered his threatening rhetoric two days later when he said his administration stands ready for Iran to come back to the negotiating table.
“We’re ready to make a real deal, not the deal that was done by the previous administration, which was a disaster,” he said.

Trump Believes He Is a Master Negotiator

Trump has long cast himself as a master negotiator who is most effective when he meets with his counterparts face-to-face. He pointed to his recent one-on-ones with North Korea’s Kim Jong Un and Russia’s Vladimir Putin as examples of the benefits of such get-togethers.


“No preconditions, no. If they want to meet, I’ll meet anytime they want, anytime they want. Good for the country, good for them, good for us and good for the world. No preconditions. If they want to meet, I’ll meet.” — President Donald Trump
“I believe in meeting,” he said, talking up the benefits of “speaking to other people, especially when you’re talking about potentials of war and death and famine and lots of other things.”
Asked whether he would set any preconditions for the meetings, Trump was clear.
Secretary of State Mike Pompeo told CNBC on Monday that he was onboard with the president’s invitation, saying Trump “wants to meet with folks to solve problems.”
But he appeared to add several qualifications: “If the Iranians demonstrate a commitment to make fundamental changes in how they treat their own people, reduce their maligned behavior, can agree that it’s worthwhile to enter in a nuclear agreement that actually prevents proliferation, then the president said he’s prepared to sit down and have a conversation with him.”
Early reaction on Capitol Hill was mixed, with Sen. Dianne Feinstein, D-Calif., who is often critical of Trump, telling reporters: “I actually think that’s a good idea.”
Senate Foreign Relations Committee Chairman Bob Corker, R-Tenn., characterized the overture as “fine,” but only “as long as they are willing to talk about being a normal country in the future.”
Sen. Bob Menendez, D-N.J., a frequent Trump critic, was more skeptical, calling it “another recipe for bad outcomes.”
“It’s the same as North Korea,” he said. “No preconditions, no preparation. And what do we have? We have Kim Jong Un was elevated from an international pariah to someone who seems like a legitimate statesman.”
Related Topics:Hassan RouhaniIranPresident Donald TrumpsanctionsthreatsTrump tweets
Up Next

Trump Says Koch Brothers Are 'a Total Joke' in GOP