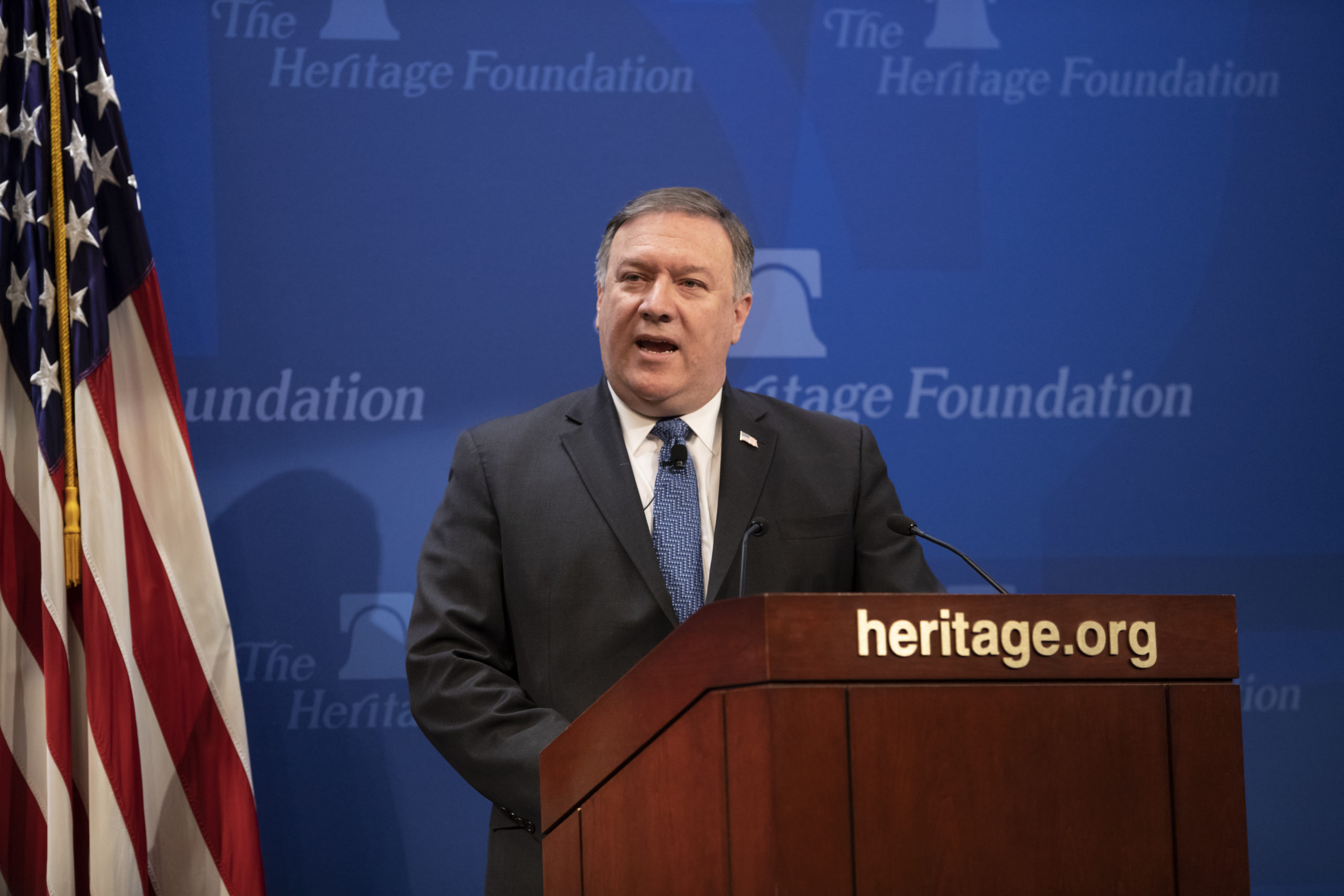 WASHINGTON — The United States issued a steep list of demands Monday to be included in a nuclear treaty with Iran to replace the deal scuttled by President Donald Trump and threatened “the strongest sanctions in history” if Iran doesn’t change course.

If Iran Doesn’t Agree, It Faces ‘Strongest Sanctions in History’

As he called for a better agreement to constrain Iran’s activities, he said the U.S. would “apply unprecedented financial pressure” to bring Tehran back to the table.
“These will end up being the strongest sanctions in history by the time we are complete,” Pompeo said at the conservative Heritage Foundation in his first major policy speech since taking over as top diplomat.
At the same time, Pompeo offered Iran a series of dramatic potential U.S. concessions if it agrees to make “major changes.” Under a new agreement, the U.S. would be willing to lift all sanctions, restore full diplomatic and commercial ties with Iran, and even support the modernization of its economy, Pompeo said.
“It is America’s hope that our labors toward peace and security will bear fruit for the long-suffering people of Iran,” Pompeo said.

Iran’s foreign minister took to Twitter to criticize Pompeo’s speech. Mohammad Javad Zarif tweeted that U.S. diplomacy was a “sham” that was “imprisoned by delusions (and) failed policies.”
Zarif wrote: “It repeats the same wrong choices and will thus reap the same ill rewards.”
The Iranian foreign minister noted his country continues to work with Europe on “solutions” after Trump pulled America out of the 2015 nuclear deal.

Still, Pompeo’s list of 12 requirements included many that Iran is highly unlikely to consider. He said Iran must allow nuclear inspectors “unqualified access to all sites throughout the country,” Pompeo said, alluding to military sites that were off-limits under the 2015 deal except under specific circumstances. To that end, he also said Iran must declare all previous efforts to build a nuclear weapon, reopening an issue that the U.N.’s International Atomic Energy Agency has already deemed a closed matter.

No Timeline Offered by Pompeo

Laying out Trump’s new approach Monday, Pompeo said he couldn’t put a timeline on how long the strategy might take.
“At the end of the day, the Iranian people will get to make their choice about their leadership,” Pompeo said. “If they make the decision quickly, that would be wonderful. If they choose not to do so, we will stay hard at this until we achieve the outcomes that I set forward today.”
In another departure from the Obama administration’s approach, Pompeo said that “a treaty is our preferred way to go.” Former President Barack Obama did not seek a Senate-ratified treaty with Iran because of the dim prospects for getting approval from a Republican-run Congress.

How Will U.S. Allies React?

Pompeo’s speech came after Trump earlier this month infuriated U.S. allies in Europe by withdrawing from the 2015 deal brokered by President Barack Obama, Iran and world powers. Europeans allies had pleaded with Trump not to scuttle that deal and are now scrambling to keep the deal alive even without the U.S.
But the Trump administration has held out hope that those same allies will put aside that frustration and work with the U.S. to ramp pressure back up on Iran through sanctions in a bid to bring Tehran back to the negotiating table for a stronger deal.
Pompeo said he understood that Trump’s decision “will pose financial and economic difficulties for a number of our friends.” But he warned them that the U.S. planned to follow through with threats to punish European companies that continue doing business with Iran that is allowed under the deal but will violate reimposed U.S. sanctions.
“I know our allies in Europe may try to keep the old nuclear deal going with Tehran. That is their decision to make,” Pompeo said. “They know where we stand.”