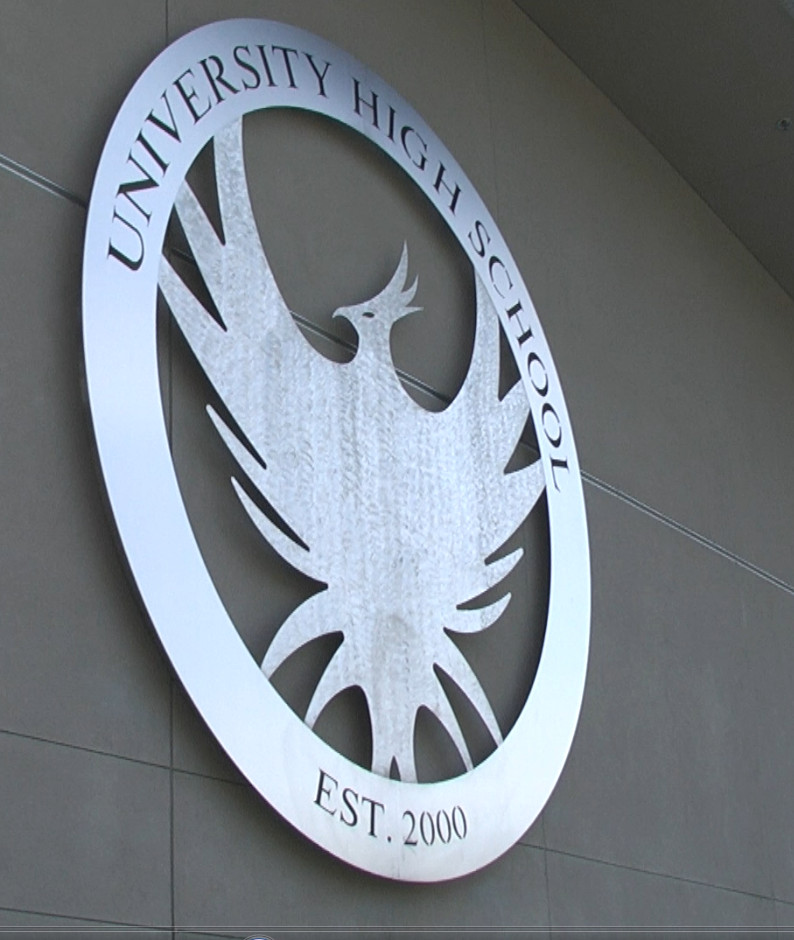 The fate of University High School rests in the hands of the Fresno Unified school board. The decision making body is scheduled to vote on whether to grant University a five-year renewal of its charter school status. Despite its many supporters, it has been anything but smooth ride for the award winning school.

As a charter school, University needs permission from the district to operate. Charter schools are not quite public, nor are they quite private. They are somewhere in between.  Located on the campus of Fresno State, the school is open to anyone free of charge. They must apply and meet certain criteria. If there are more applicants than spaces, a lottery is held to determine who gets in.

At its October 26 board meeting, the board held debate on University’s charter renewal, with a vote to be taken this Wednesday night. Five members (Brooke Ashjian, Carol Mills, Valarie Davis, Janet Ryan and Luis Chavez) all either expressed admiration or outright support for University.

Two trustees were more critical about University’s diversity. Christopher De La Cerda expressed concern over the lack of low-income and English learners. Cal Johnson expressly said the lack of black students (which make up approximately 3% of University’s student body) prevents him from even visiting campus.

The other unique admission criterion remains at University: music. Potential students need to be musically inclined, whether playing an instrument or singing in a choir, to be considered to attend. That issue may be a sticking point with some Fresno Unified administrators.

“We are a specialty school, a charter school designed to do two or three things. We want to be an incredibly rigorous college prep school, and that’s what we are. We also want to be a school that teaches music,” Dr. James Bushman , University’s Head of School says. “That is really unlike anything you see in any of the schools you see in this town.”

At its November 3 meeting, the members of University’s board decided to study the music requirement, but keep it for now.

Another complication some feel was the battle over Measure X. The bond measure became a contentious issue in November’s election. Ashjian and Mills led a group to oppose the $225 million in bond money. One Putt Broadcasting, a local radio station group, paid nearly $33,000 to support it with ads and signs. An affiliate of the California Charter Schools Association (CCSA), a charter school lobbying group, said it planned to spend $100,000 opposing Measure X.

Voters passed Measure X with 63% of the vote.

Some feel University’s charter renewal issues are because of the money spent by the charter school lobbying group against Measure X. “The outspokenly adamant attack on us is the result of the California Charter School’s Association vile attack on the Fresno Unified school bond issue,” University High School Board President Dr. Paul Beare said at the recent board meeting. Beare says the CCSA does not represent University and he supported Measure X.

Fresno Unified Superintendent Michael Hanson denies those charges. “Let me be very, very clear. There is nothing about the University High charter renewal that is tied up with Jeff Sands (California Charter Schools Association representative) has been doing with a couple of our board members doing some hit pieces with mailings around our bond Measure X. Those are separate and apart, two distinct and separate issues completely,” Hanson says.

Hanson says district administration would not make a recommendation until the “last minute.”

The Fresno Unified board meets tonight (November 9). The item is scheduled around 6 p.m.

Who the real presidential Valley Electors are