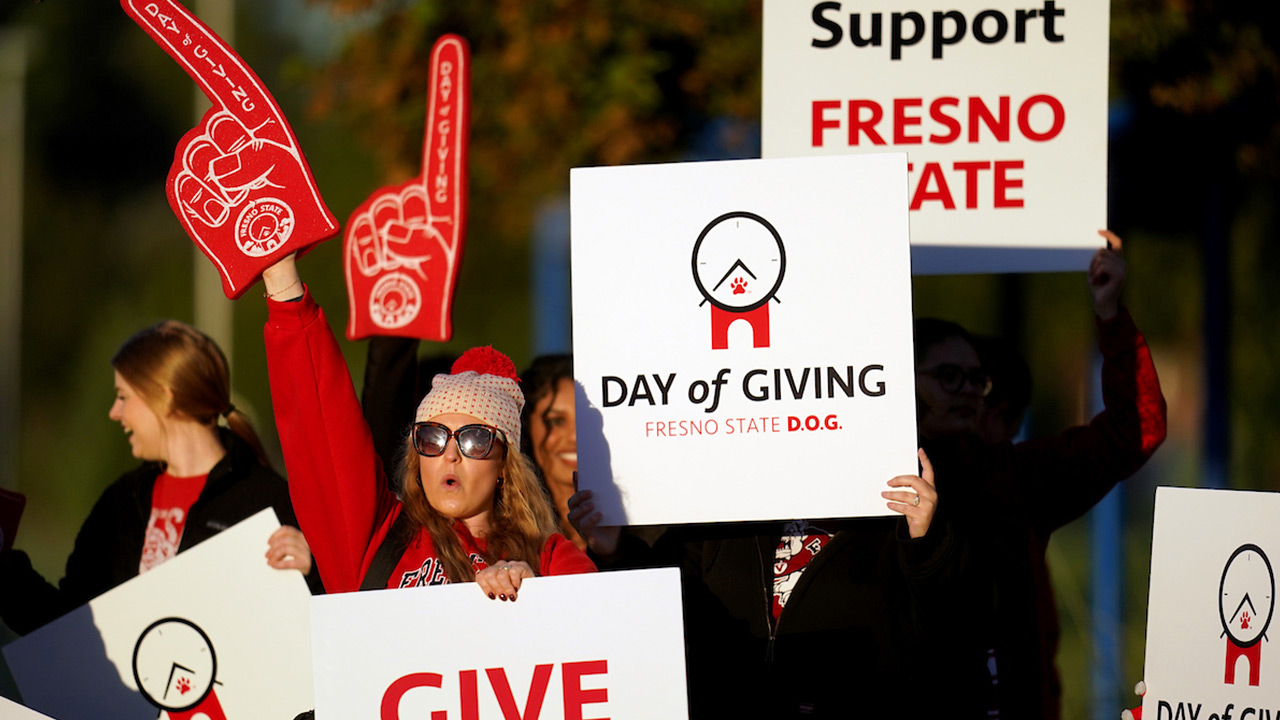 The extra 471 minutes that Fresno State added to its sixth annual Day of Giving may not have yielded a lot of extra cash for the annual D.O.G. fundraiser, but the university was happy to report more donors shelled out this year than last.

This year Fresno State expanded the Day of Giving to 1,911 minutes in honor of the university’s founding in 1911, with the event concluding at 12:51 p.m. Thursday. As of Friday afternoon the online leaderboard reported $459,632. which the university noted was 5.53% lower than 2021.

Despite the dollar signs on the leaderboard, the goal of Day of Giving has been more about expanding the donor list than the amount collected, the university maintains.

“We are thrilled with the success of this year’s Day of Giving,” said Paula Castadio, vice president for University Advancement. “The purpose of this 1,911-minute digital giving campaign is to support student success at Fresno State and deepen a culture of philanthropy on campus and in our community.”

Donors could contribute to specific colleges, schools, and programs. The top five: Athletics, with 400 donors, followed by the College of Arts and Humanities (320 donors), Fresno State Alumni Association (172 donors), Craig School of Business (153 donors), and Jordan College of Agriculture Sciences and Technology (126 donors).

According to the D.O.G. donor heatmap, California, Oregon, and Georgia were the top three states for donations.

The Flight Science Program at Reedley College will continue to grow with the addition of five new trainer planes for students to learn to fly and to maintain. However, there apparently was no requirement to spend California tax dollars on American-built planes.

The cost of the planes ($986,000) and travel for two college officials ($8,400) were covered in a state budget line-item sponsored by Assemblyman Dr. Joaquin Arambula, D-Fresno.

The State Center Board of Trustees on Tuesday authorized out-of-country travel for David Clark, the dean of instruction, and Joseph Woolsey, aviation maintenance technology instructor, to go to the factory in Jihlava, Czech Republic, where the five Skyleader 600 aircraft are being manufactured.

In addition to visiting the factory, getting training on the Skyleader, Clark and Woolsey will inspect the planes before they are shipped to the U.S., and “discuss future collaboration on Reedley College becoming a factory training facility for Skyleader and Rotax engine products.”

Also at Tuesday’s meeting, the State Center board unanimously voted to proceed with developing a resolution governing the use of “military equipment” on the district’s college campuses. Under AB 481, signed into law by Gov. Gavin Newsom, all law enforcement agencies must have such a resolution to cover any current equipment or future equipment purchases that are deemed military grade.

State Center’s officers have had access to 12 AR-15 rifles since the 1990s, Christine Miktarian, vice chancellor of operations, told the board. Those weapons are now considered military equipment, requiring the board to pass the resolution for their use to continue.

Trustee Bobby Kahn said he wants the campus police to continue having access to weapons they may need to keep themselves and others safe.

How many times have the weapons been used? “Never,” Miktarian said.

Looking for Something to Do During Winter Break?

Skiing, snowboarding, rock climbing, digital arts, and drones are just a few of the activities that Fresno Unified will provide for students through its Winter Break Camps in two four-day sessions that will start on Dec. 19 and end Jan. 6.

High schoolers who participate in the skiing and snowboard camp, which will be held at China Peak, will be eligible to be selected as members of the FUSD high school downhill ski racing league in association with the FUSD outdoor sports leagues and will receive a discounted season pass following the completion of the camp.

The camps are free and are designed to encourage learning, adventure, and fun for students, the district says. And based on the popularity of the district’s summer camps, parents will want to sign up their kids sooner while spaces are still available.

The district is sending a registration link in a text message to families starting Monday at 4 p.m.

“We are so excited to be able to offer amazing options for our students over the winter break to expand their learning, delve into areas that interest them and just have fun,” Superintendent Bob Nelson said in a news release.

Chronic Disease Isn’t Slowing Her Down 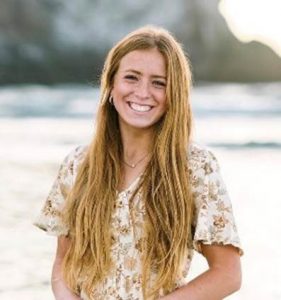 Boynton’s essay describing the challenges of living with cystic fibrosis netted her an AbbVie 2022 Thriving Undergraduate Student Award as a part of the pharmaceutical company’s CF Scholarship program. The company awarded scholarships to 40 undergraduate and graduate students across the nation.

Boynton is a freshman studying graphic communications. Here’s an excerpt from her essay that helped win the scholarship: “I fought my way through high school managing the demands of a chronic disease and I will continue to do so in college. We can achieve any goal through a relentless combination of drive, determination, and hope. Furthering my education at the college level is something I want to prove to myself that I am capable of. Capable of not just getting through it, but learning, growing, and lifting up others throughout and beyond college.”

Boynton underwent numerous hospitalizations in middle school and early high school with severe health complications. But if her high school achievements are any indication, Boynton isn’t letting the chronic disease get in the way of life. While at Clovis West, she was the student body president and junior class president, a varsity athlete on the school’s girls’ badminton team and varsity track team (high jump), a National Honor Society member, and a Safe School Ambassador. And, she graduated with a 4.2 grade-point average.

Around the Country, Schools Clash With Parents Over Student Cellphone Bans