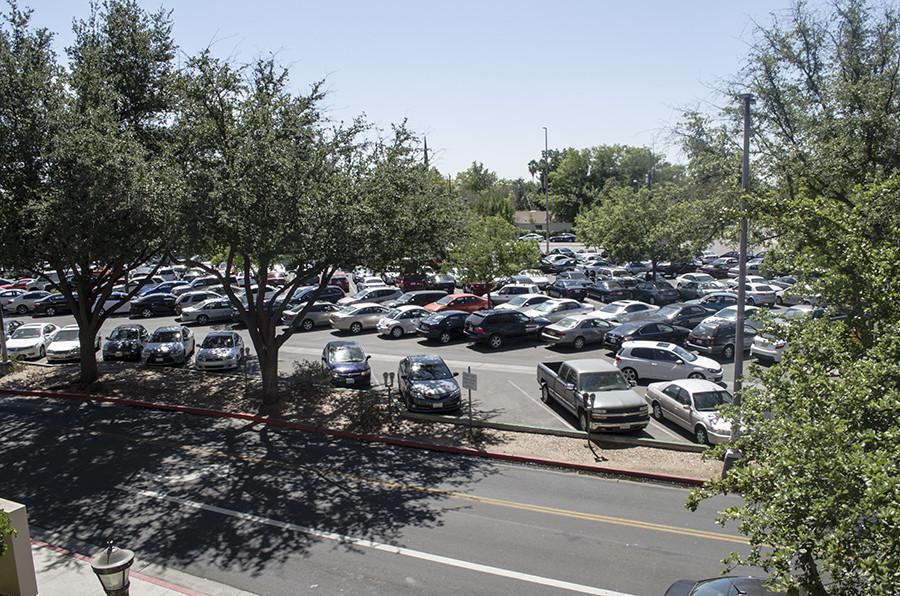 Students and staff at State Center Community College District campuses have had a break on parking fees for a couple of years, but that may now be coming to an end.

The district is talking about reinstituting campus parking fees starting in the fall of 2023.

According to a consent item on Tuesday afternoon’s State Center board meeting agenda, revenues from parking passes may be used to underwrite free bus rides for Fresno City College and Clovis Community College students, faculty, and staff.

The State Center Board of Trustees will consider approving an agreement with Fresno Area Express to continue free bus rides in a contract that will start in January and continue through June 2024. The college district would pay FAX 75 cents per ride, or no more than $22 per student or staffer per month.

The district has had agreements with FAX since 2017 for free bus rides for students and staff, with a per-ride cost of $1.10.

The State Center free bus ride program began in 2017-18 as a pilot project to help mitigate the impacts of solar construction in parking lots, with the district paying $1.10 for single rides and no more than $48 monthly per student. At that time regular FAX fares were $1.25 but are now $1.

The program was slated to end in 2020 but was extended after students alerted trustees, who had been unaware of the planned cancelation. At the time the district agreed to use parking revenues to cover the program’s cost but said a long-term solution was needed and could include additional student fees, a grant from the San Joaquin Valley Air Pollution Control District, and support from the college district’s foundation.

Parking permit fees, which are subject to change without notice, are listed on the district website as $30 for the fall semester, $60 for the fall and spring semesters, $20 for the summer semester, and $80 for an annual pass.

State Center officials did not immediately respond to a request for information about whether parking fees from all four colleges — Fresno City, Clovis, Reedley, and Madera — would underwrite the bus fares for Fresno City and Clovis Community students and staff.

Later Tuesday, the district confirmed parking fees will be charged at all four campuses, at the same amounts as previously.

This Year Fresno State’s Day of Giving Will Be 1,911 Minutes Long